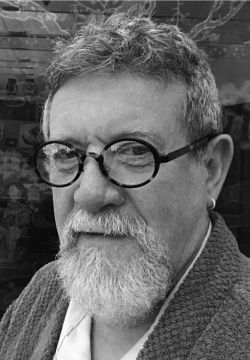 Calder has participated frequently in national and international conferences and symposia, lectured at universities locally and overseas including in Sweden, Finland and the USA, and has published research papers about South African and KZN ceramics. His works have appeared in numerous publications including For Juliet [Armstrong] (Brendan Bell and Bryony Clark (eds), Tatham Art Gallery, 2014); All Fired Up: Conversations between Kiln and Collection (Jenny Stretton (ed), Durban Art Gallery, 2012); Craftart (Doreen Hemp, Prism, 1993); Contemporary Ceramics in South Africa (Wilma Cruise and Doreen Hemp, Struik, 1991) and A Dictionary of South African Painters and Sculptors (Grania Ogilvie, Everard Read 1988).

Calder’s drawings and ceramic vessels incorporate pictorial motifs that overlay images from local heritage landsites, emblematic items of material cultural and indigenous flora of KwaZulu-Natal. His works are represented in private, public and corporate collections, including South African public art museums, MTN’s Corporate Collection and the Guanlan Printmaking Base of Shenzhen in China.

Biography supplied by the artist. 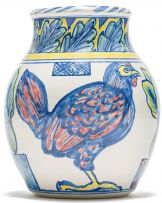