In 1963, shortly after the birth of their third child, Sydney and Felicia Kentridge moved into a large house built on a sloping, north-facing plot in Houghton, Johannesburg. Now occupied by their eldest son, William Kentridge, the home’s generous garden has long been the subject of artist scrutiny. In 1978, when Kentridge was a student at the Johannesburg Art Foundation, David Goldblatt photographed the Kentridge family garden. His photo shows a lone swing on mowed lawn with a backdrop of trees. The addition of a voluminous studio in 2001 has not changed the character of the garden much. Kentridge has frequently referenced this garden in talks and essays: it forms a bridge to his longstanding interest in landscape. His use of charcoal to evoke the tangled and stony landscape outside his studio window directly quotes the austere tonalities of Johannesburg’s post-industrial landscapes. “There was a happy meeting of charcoal in the landscape outside Johannesburg when I started drawing it,” says Kentridge. “There was no decision or principle involved. Charcoal was the medium I had been using for several years. And the landscape is a charcoal drawing itself, black stubs of grass after the winter fires. Drag a sheet of paper or a canvas behind a tractor and the landscape draws itself.”1 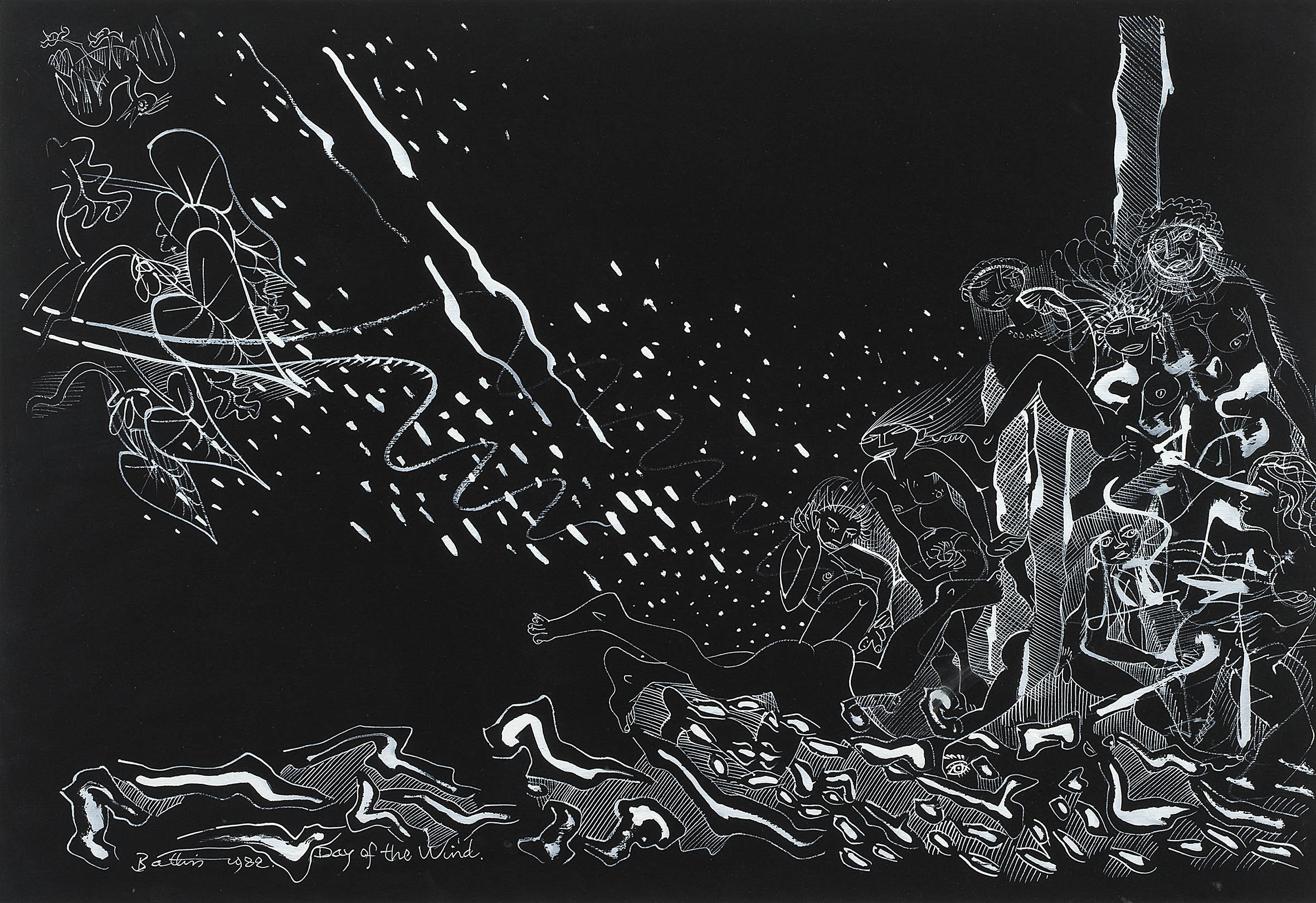 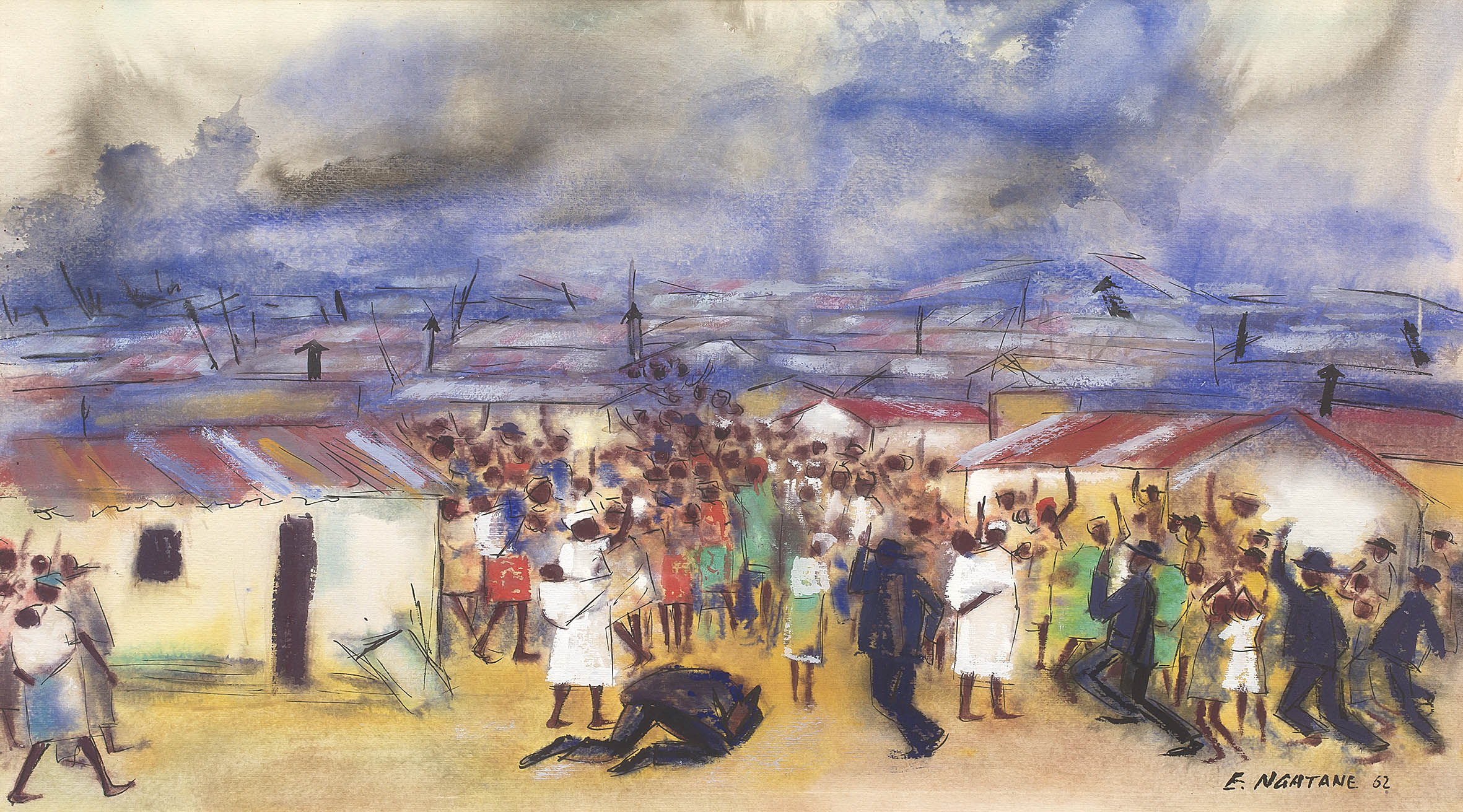 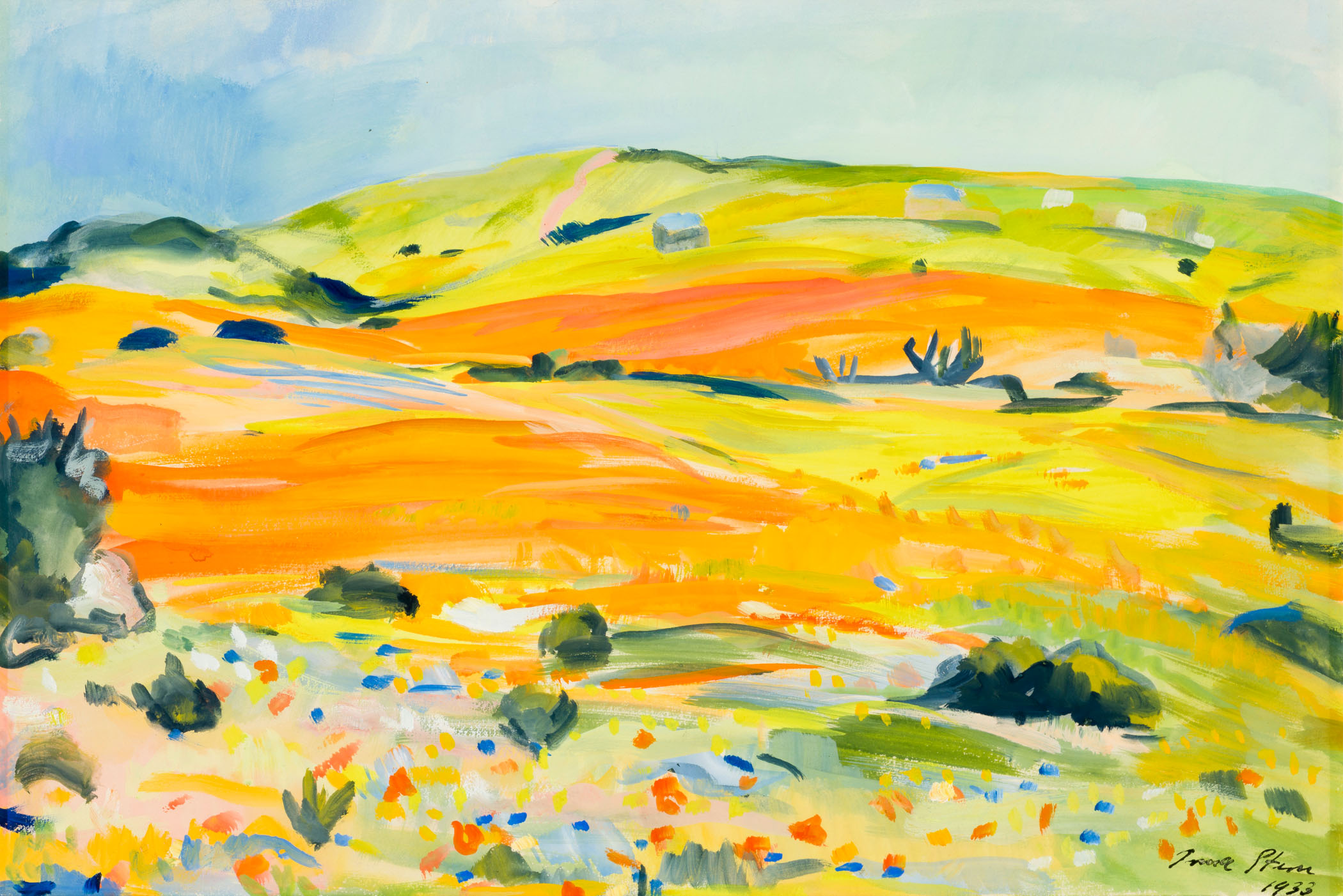 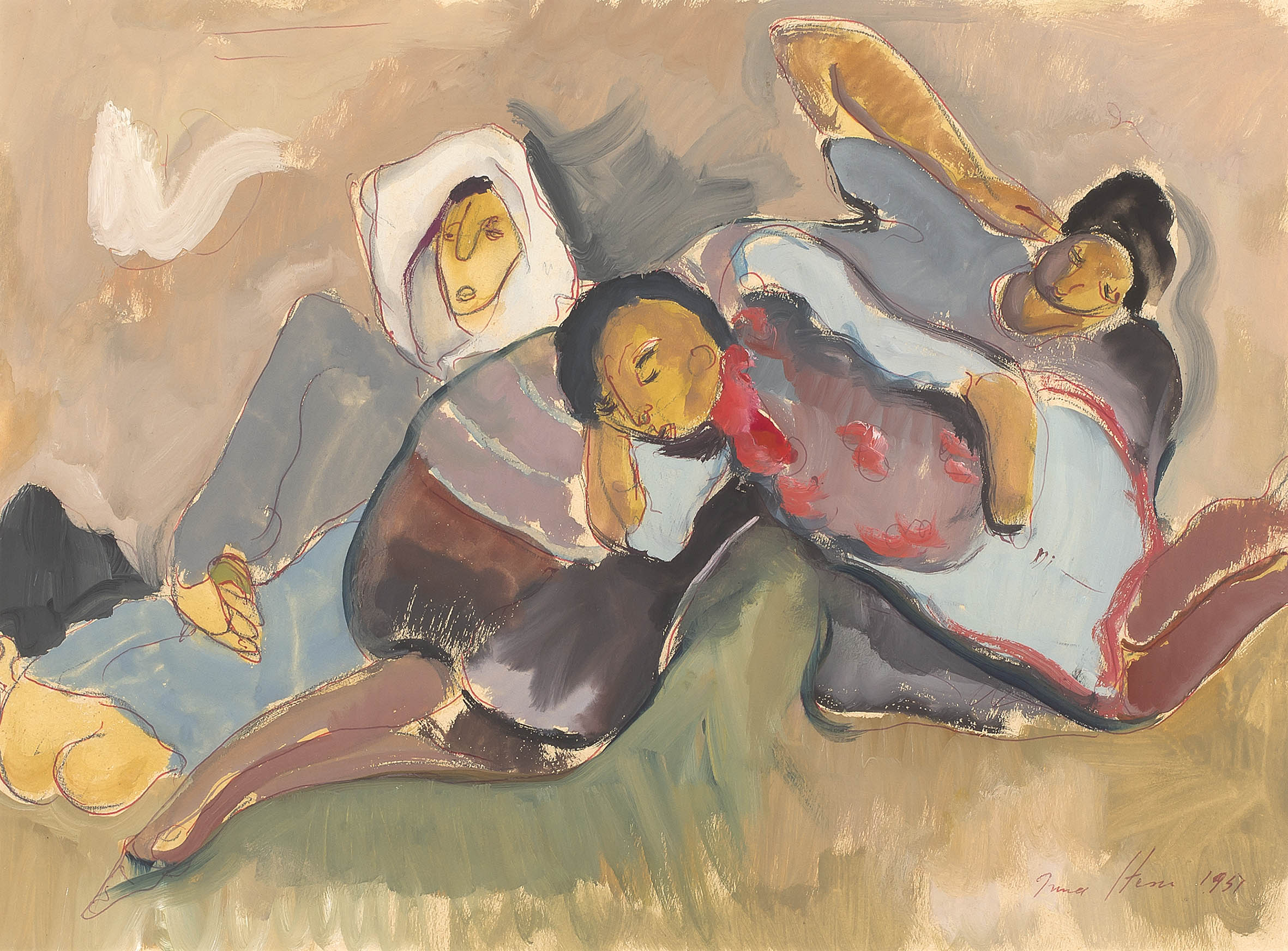 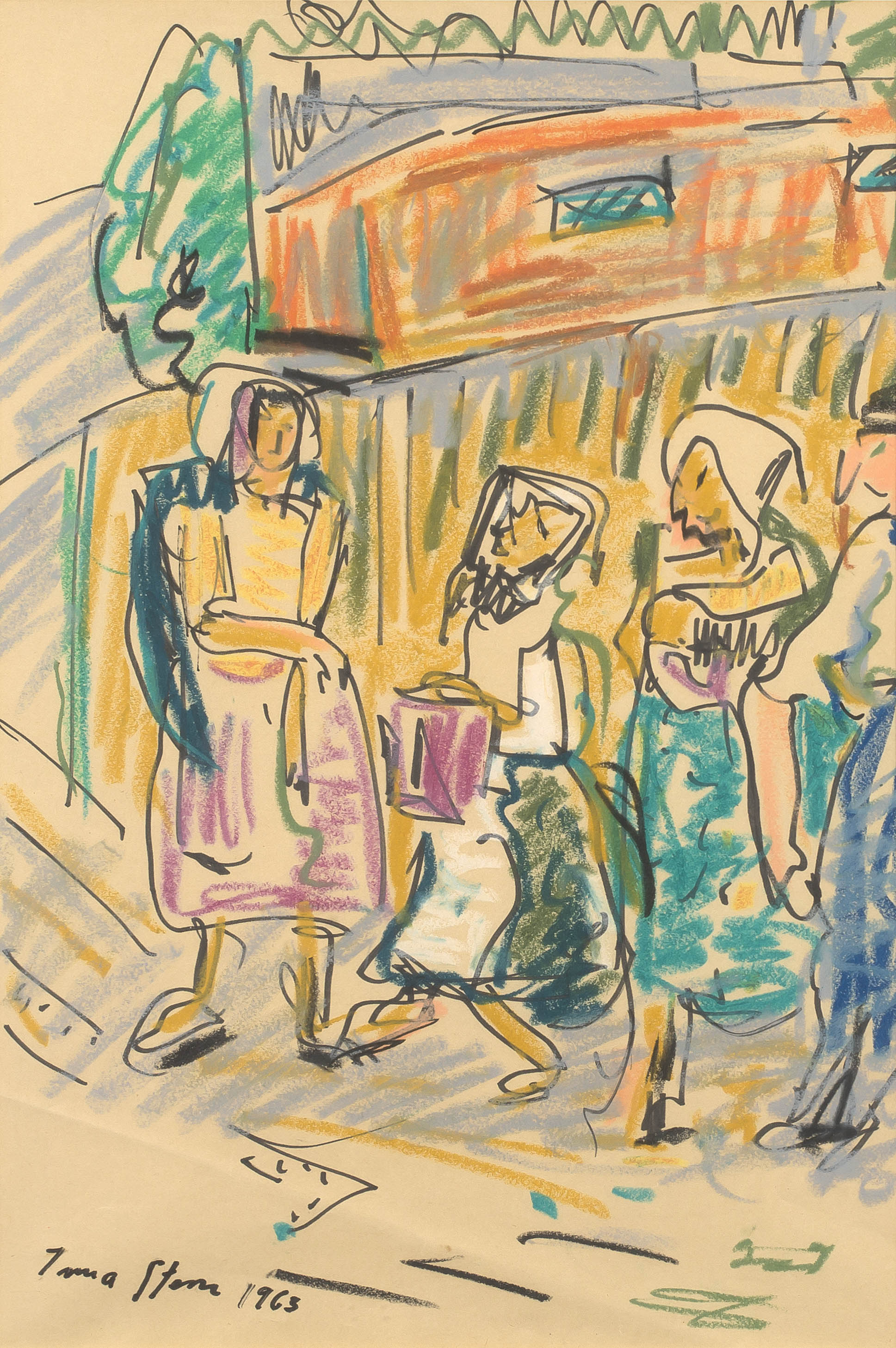 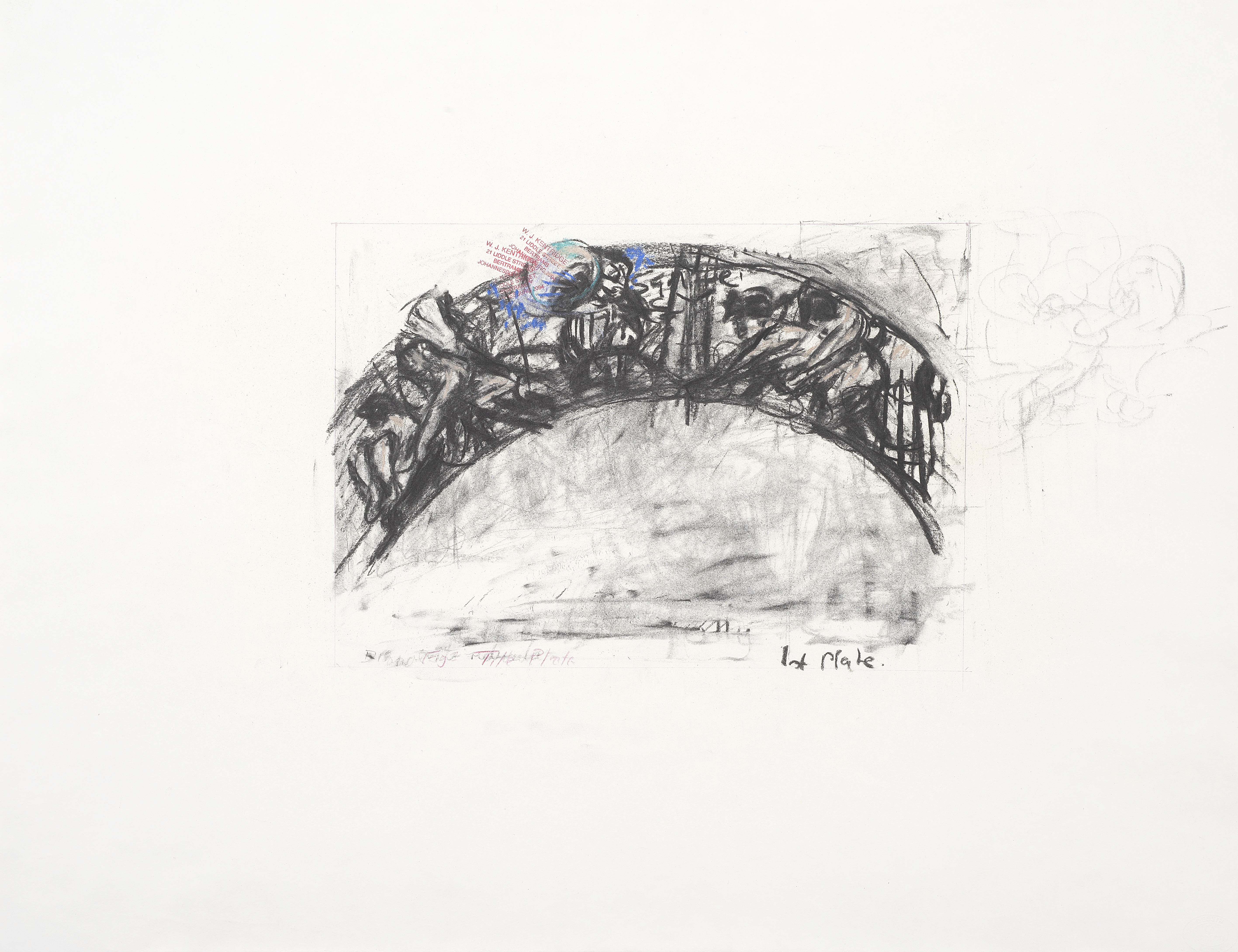