“This series of prints was the inverse of the black pit monoprints which preceded it. The light grey tone of the etching plate was the backdrop for the incidents drawn and instead of the heavy three-walled space of the pit series, a single line sufficed for horizon and delineator of space. The images are done using primarily hard ground and aquatint; one or two prints use soft ground and drypoint. There were approximately fifty different images made, of which forty became a portfolio titled Domestic Scenes. Some of the specific ‘maids and madams’ images came from a play, Dikhitsheneng (‘in the kitchens’), which I had made with Junction Avenue Theatre Company. … I printed the sets of the prints at the etching press at the Johannesburg Art Foundation, but had neither the patience to print all of the edition (to do thirty prints also seemed like an act of hubris) nor the administrative control to keep track of what had been printed. My estimate is that half of the declared edition of thirty, was printed, although perhaps twenty of the lion on the sofa. Only one complete set of the prints was sold – to my mother.” 1 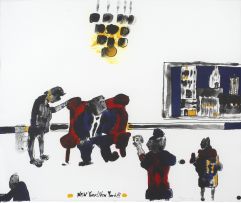 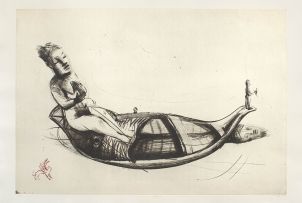 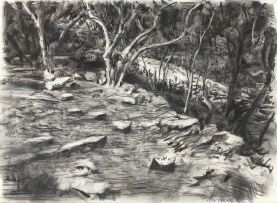 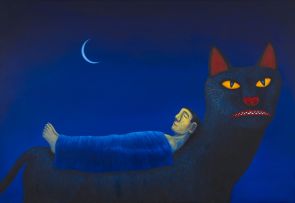