each profusely carved with flowerheads amongst scrolling foliage headed by a gnarled terminal, raised on an oval base with lappet border, chips, the taller 60cm long 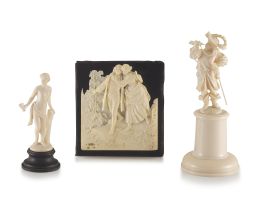 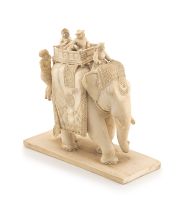