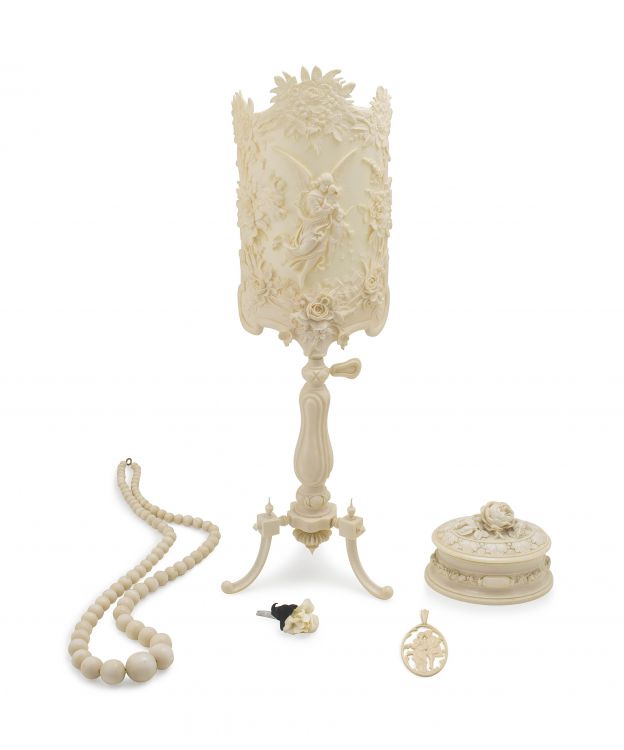 
the adjustable shield-shaped screen carved in high relief with an angel holding a small child and attended with by cherubs, enclosed by flowers, raised on a carved column and three outswept legs with scroll feet headed by urn-shaped finials, 49cm high; an ivory box, probably French, 19th century, oval, the hinged cover surmounted by a carved  rose bud and foliage, branches and leaves within rope-twist borders, the body with a band of carved buds and foliage centred by a vacant cartouche, losses, chips, 12cm wide; an ivory pendant, 19th century, carved as a courting couple within an oval frame, with bale, 7,7cm long; a French ivory carving of a rose, 19th century, naturalistically rendered, the stem wrapped with fabric and foil, chips, 3,7cm wide; and a carved ivory necklace, 20th century, composed of graduating beads, length approximately 47,5cm 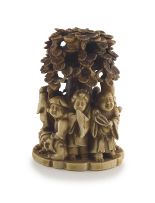