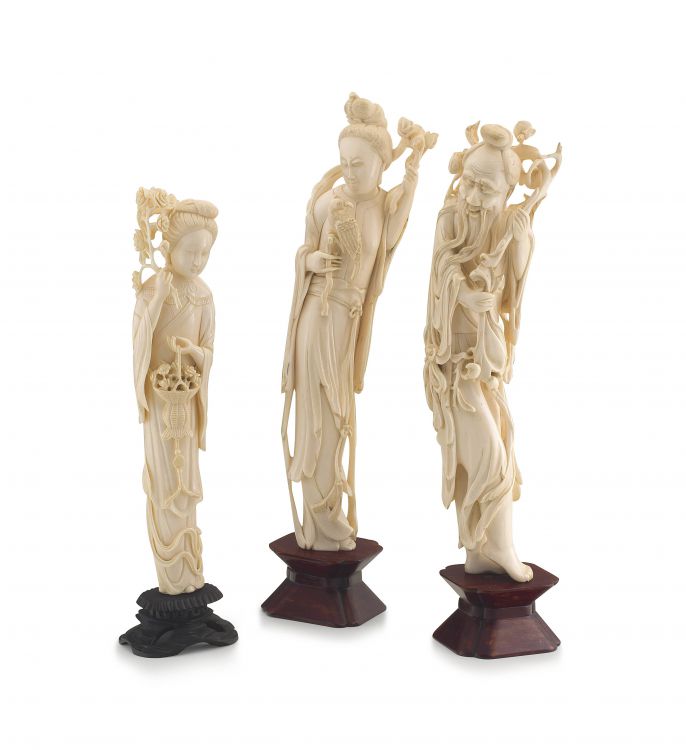 
the standing robed figure holding a flower-filled basket in her left hand, her right hand holding a spray of prunus blossom, losses, the whole 33cm high; another, similar, holding a falcon perched its branch-form stand, her left hand holding a spray of flowers over her shoulder, age-related cracks, the whole, 37,8cm high; and a Chinese ivory Daoist figure, late 19th century, the bare-footed standing figure with laughing expression, clasping a peach branch, crack, the whole 37,6cm high, all with fixed later waisted stands 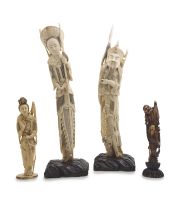 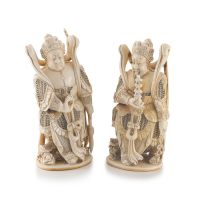 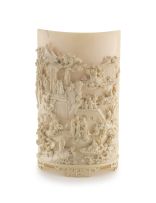 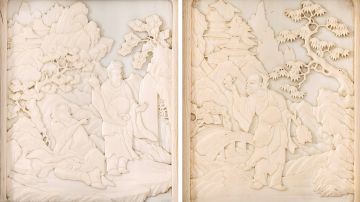 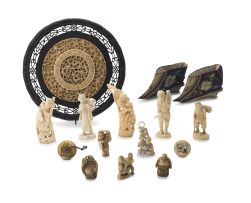