with moulded cornice centred by a conforming key-block, glazed doors and side panels enclosing two velvet-lined shelves with a frieze drawer below, the stand with ring-turned tapering octagonal legs joined by a stretcher, on ring-turned bun feet, 238,5cm high, 174cm wide, 64cm deep 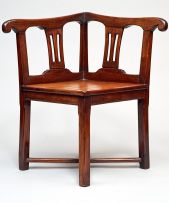 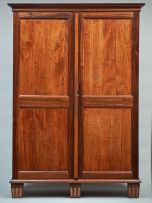 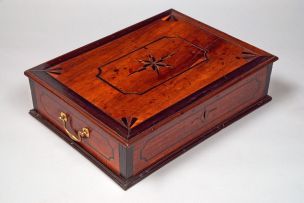