seated, with his feet resting on a pair of dogs of fo on a footstool, on an oval base, highlighted with red and black pigment, some loss, 50cm high, on a wooden stand 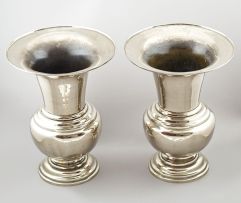 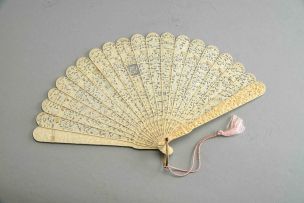 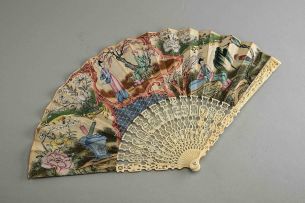 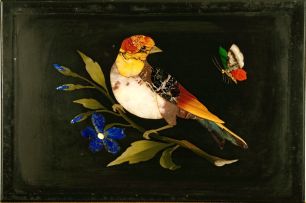