the upper register painted with cartouches of figures in a garden setting, the pierced ivory sticks with panels carved with birds, figures and pavilions, the reverse painted with a spray of magnolia blossom, the guard sticks carved with a seated figure and flowering sprays, 28,5cm long 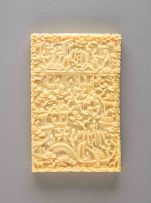 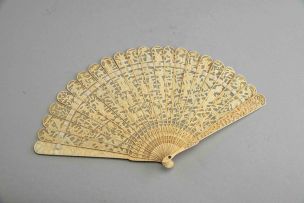