Karel Nel
South African 1955-
Presence: Leaf Shrine, North Island, Seychelles
2014
inscribed with the artist's name, the date, the title and the medium on the reverse in the artist's hand
charcoal, pastel and pigment on bonded fibre fabric
167 by 167cm excluding frame

‘My first overwhelming experience with leaves was in Durban, KwaZulu-Natal, while visiting my paternal grandparents. Here I saw massive banana leaves for the first time. I was overawed by their luxuriance, their scale and their life force – such a vital and dramatic contrast to the desiccated landscapes of the Free State. Back in Welkom, as a boy of four, I remember arranging rows of bottles of water with leaves and flowers in them, which were changed daily. This rekindled the vivid memory of my coastal experience and is evidence of my first collecting impulse, and early fascination with nature and its beauty’.1

Years later, when Nel first encountered a startling coco de mer leaf, it seemed to him like a massive explosion of living greenness. In drawing these leaves, he has found that the only way of representing their unexpected enormity is by providing some form of human scale and placing them in an architectural environment.

The first of these drawings, in a series undertaken over a decade, was made under a simple palm-leaf lean-to, when North Island was still completely uninhabited. On each subsequent visit, Nel cut a single leaf, placed it in the space where he slept, and drew it. Over time, the rudimentary shelter was replaced by the spacious, environmentally sensitive, thatched dwellings of an eco-lodge designed by Silvio Rech and Leslie Carstens.

Unlike most of Nel’s other Seychellois tonal drawings, the present Lot is distinguished by radiant hues that represent the large coco de mer leaf, its huge serrated form catching the breeze, in an otherwise muted timber and thatch context. The points of the leaf move across the soft white seasand below it, leaving evanescent traces. To the left of the leaf, an eidetic image of a leaf shrine, actually present on the island, makes its appearance. Beyond the presence of the leaf, a glimpse of the island, as though in moonlight, can be seen – elusive peaks and silvery waves. 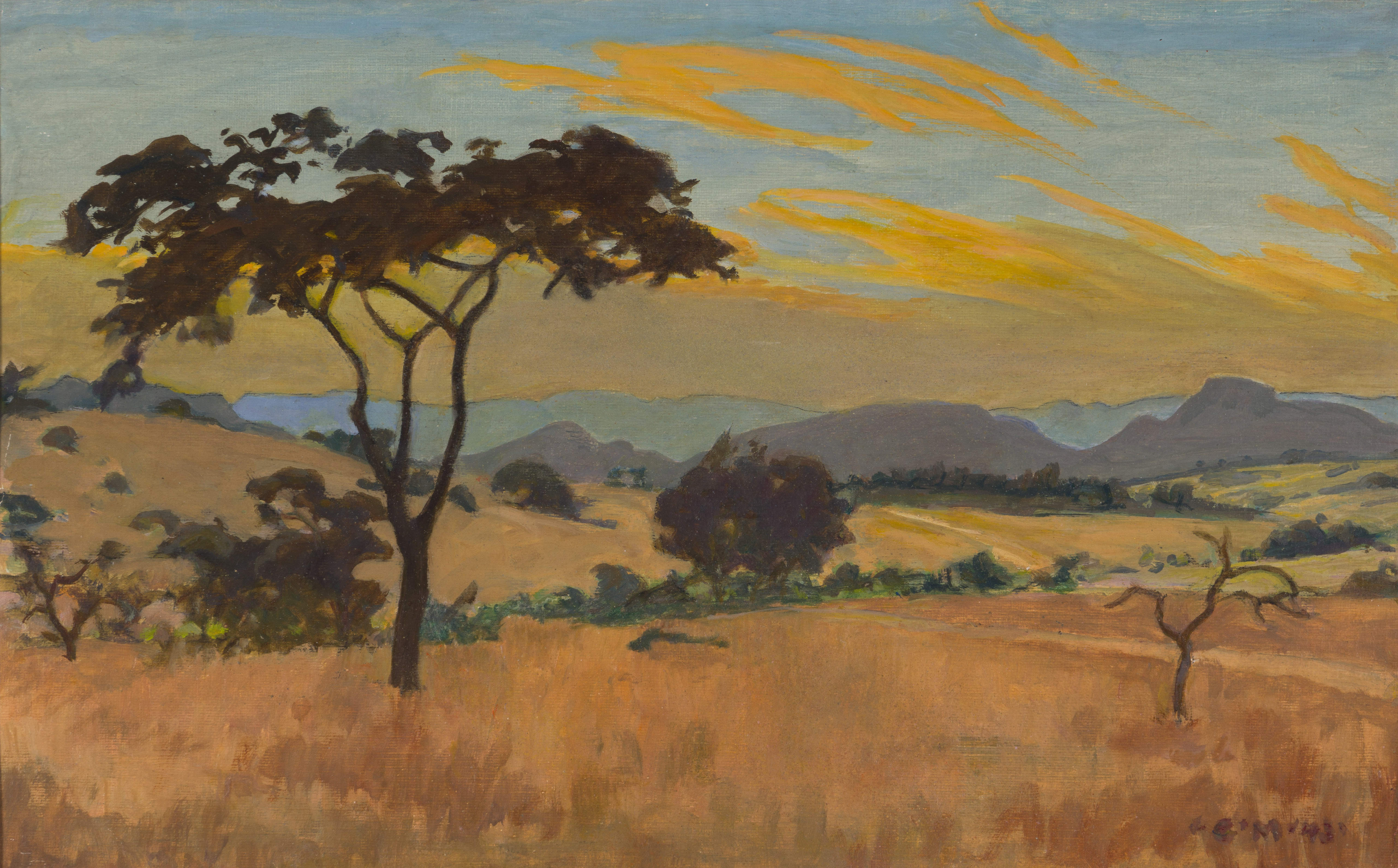 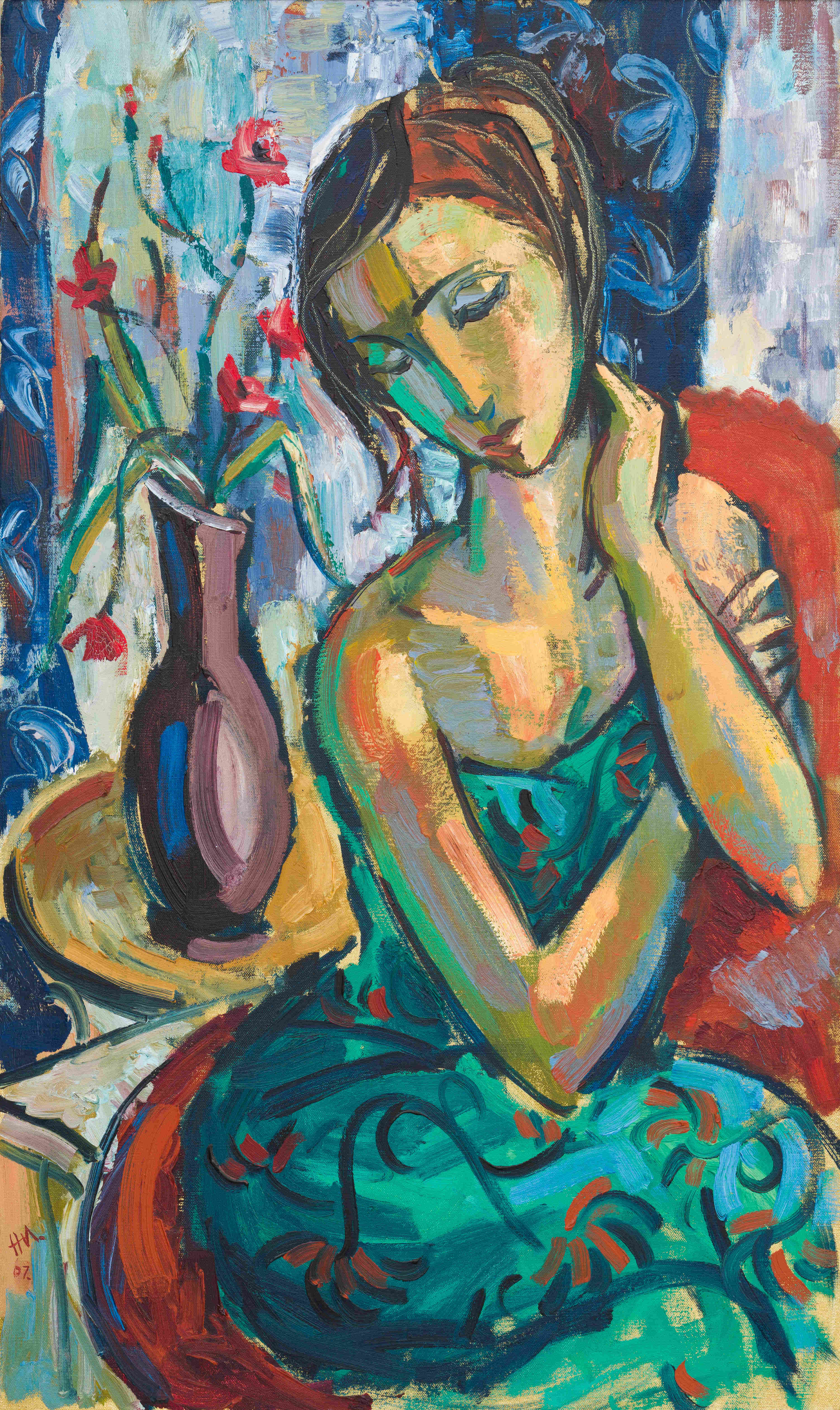 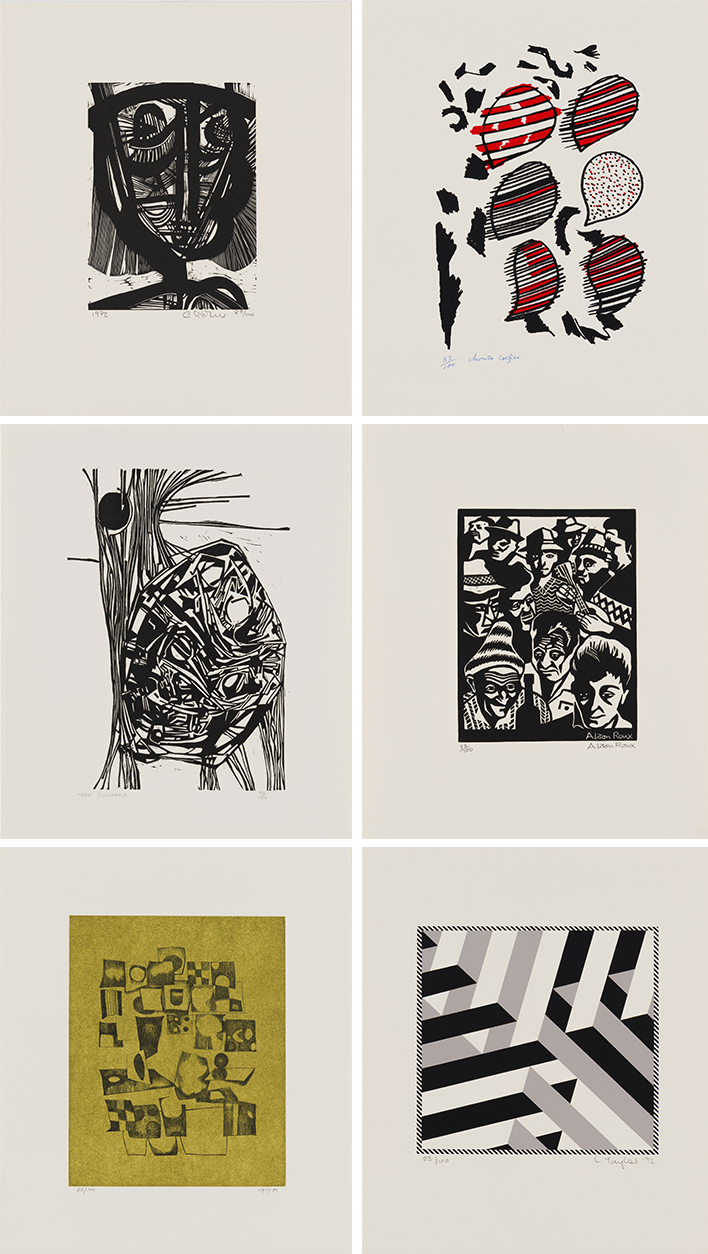 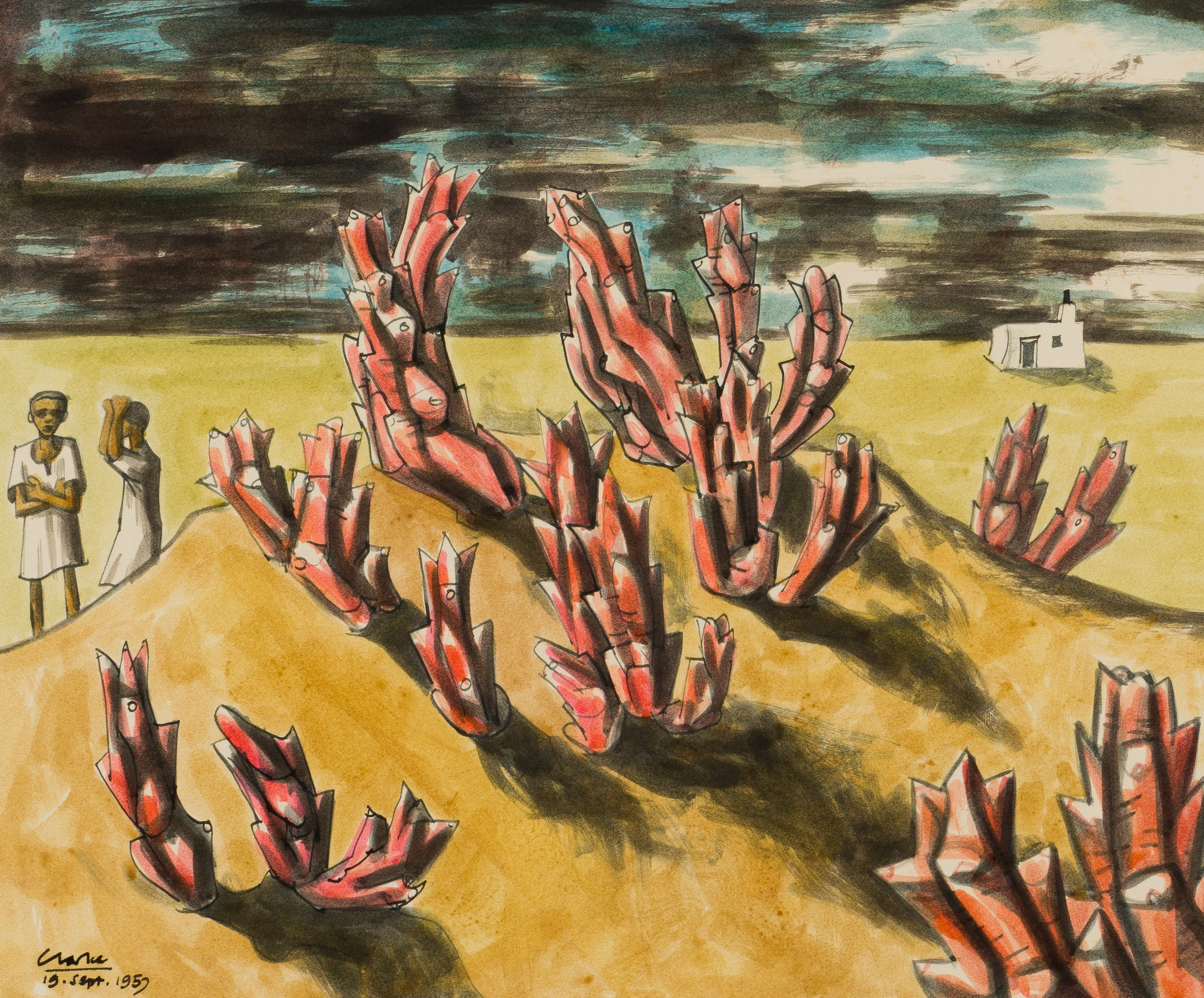