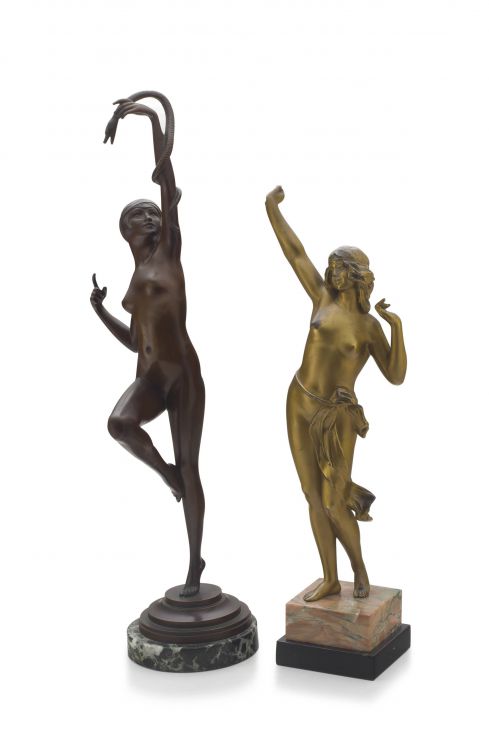 
the nude figure with her left hand held high, her left arm entwined with a snake, standing on her left foot, on a stepped circular base, conforming black and white-veined marble base, signed, 47cm high; and a gilt spelter figure of a scantily clad maiden, 20th century, her right arm stretched above her head, raised on a mottled pink and grey veined marble base, on a black marble plinth, the left foot with wear, 39cm high 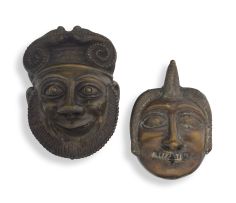 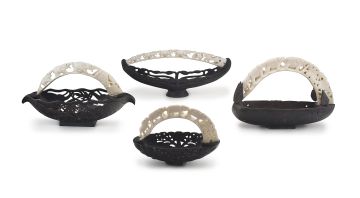