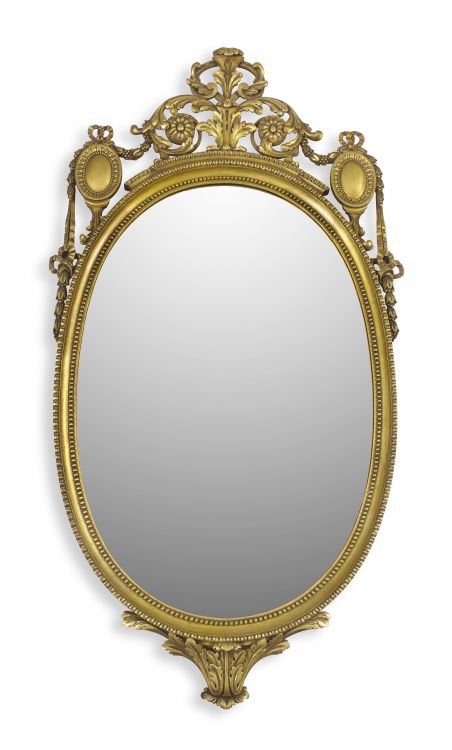 
the oval plate within a beaded surround, the frame surmounted by an acanthus-leaf cresting flanked by trailing bellflowers and ribbons, the apron with acanthus leaf cresting, 139,5cm high, 75cm wide 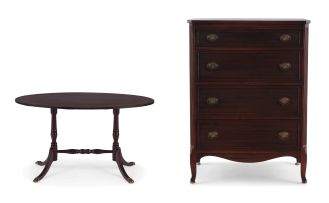