the 31cm brass dial with a silvered chapter ring with Roman hour numerals and Arabic minute numerals, subsidiary seconds dial and date aperture, inscribed W. M. Glover, Worcester, spandrels to the corners, the four-pillar anchor movement striking the full hour on a bell, the arched hood with glazed door flanked by fluted columns, the broken swan-neck pediment surmounted by three eagle-and-orb finials, the trunk with a panelled door inlaid to the centre with a diamond-shaped cartouche, a panelled vacant cartouche below, the plinth base inlaid with a star, on bracket feet, restoration to the inside of the door, 220cm high 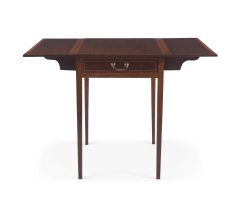 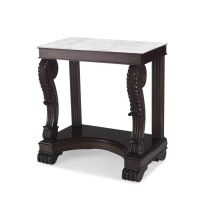 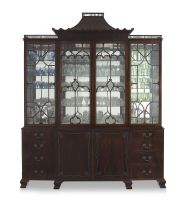 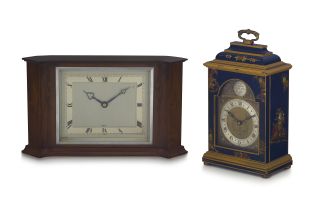 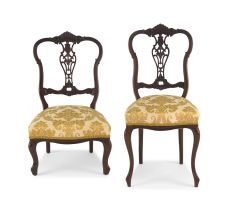