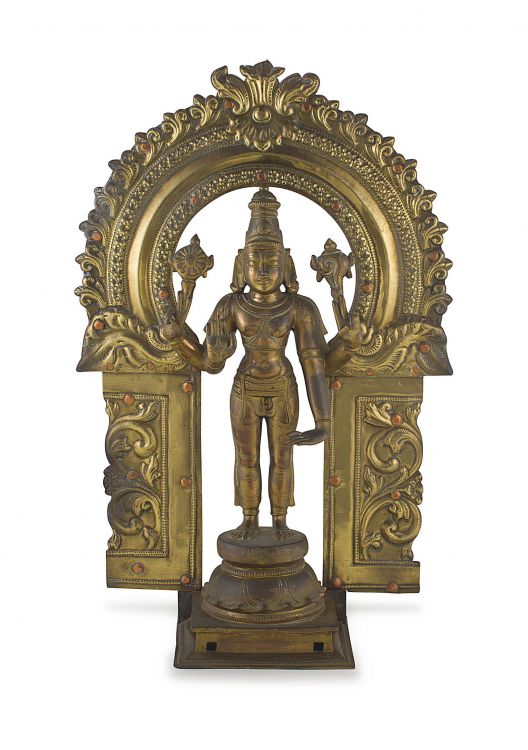 
standing in samapada, on a lotus base, his principal right hand raised in abhayamudra and his principal left hand resting by his thigh, his upper hands holding a conch shell and a chakra, wearing a dhoti and elaborate headress, before a removable foliate embossed mandorla, raised on a stepped plinth base, the reverse of the mandorla re-enforced with bracing, 57cm high including base 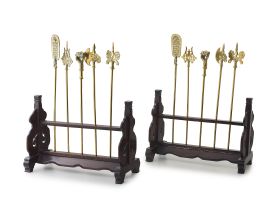 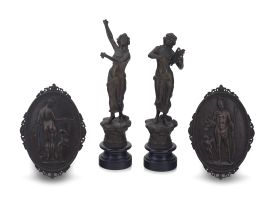 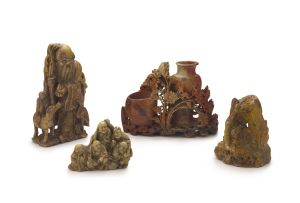