one stitched with a pheasant before a blossoming branch, the other with a magpie standing on rocks amongst blossoming peonies and foliage, , framed, staining, 135 by 35,5cm 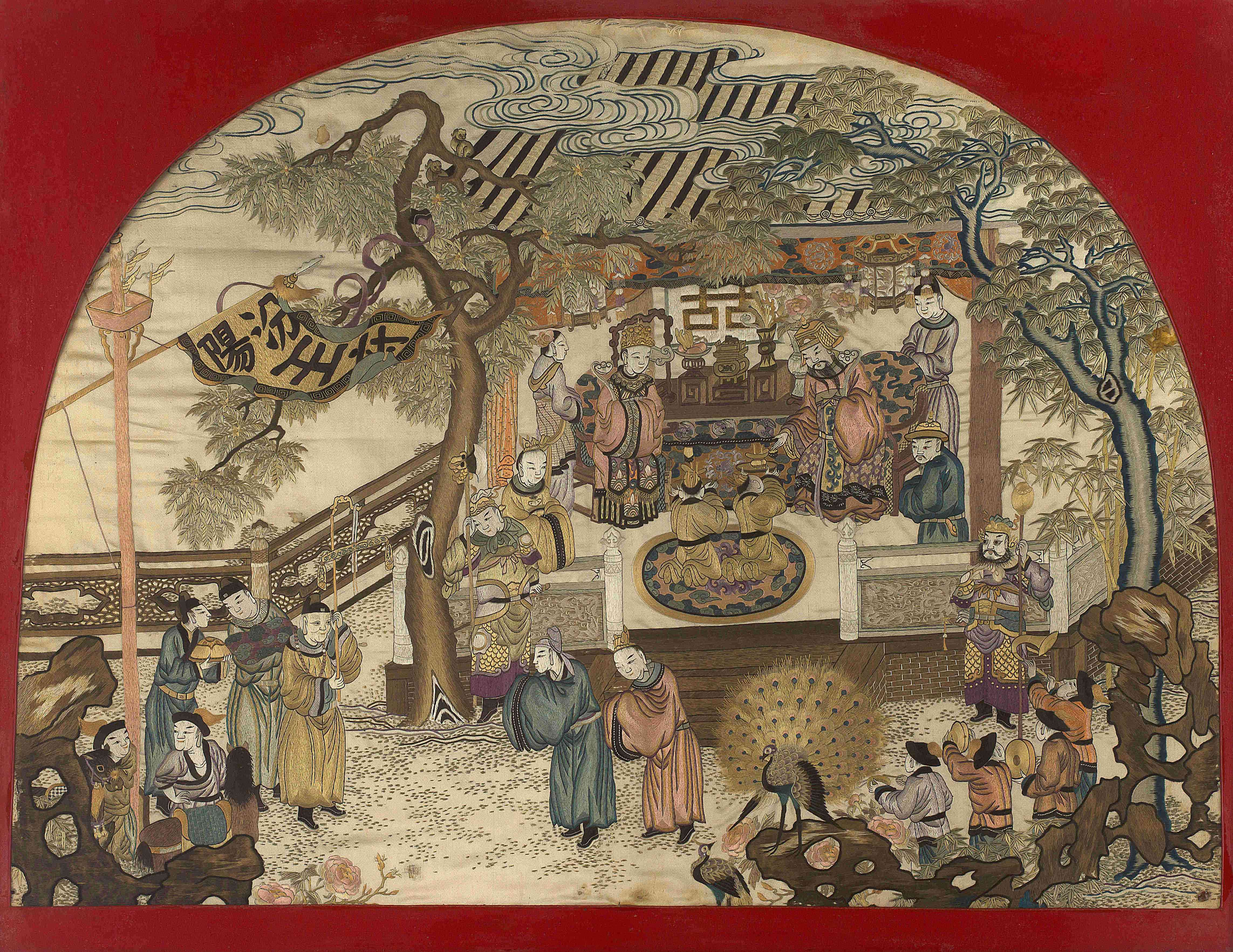 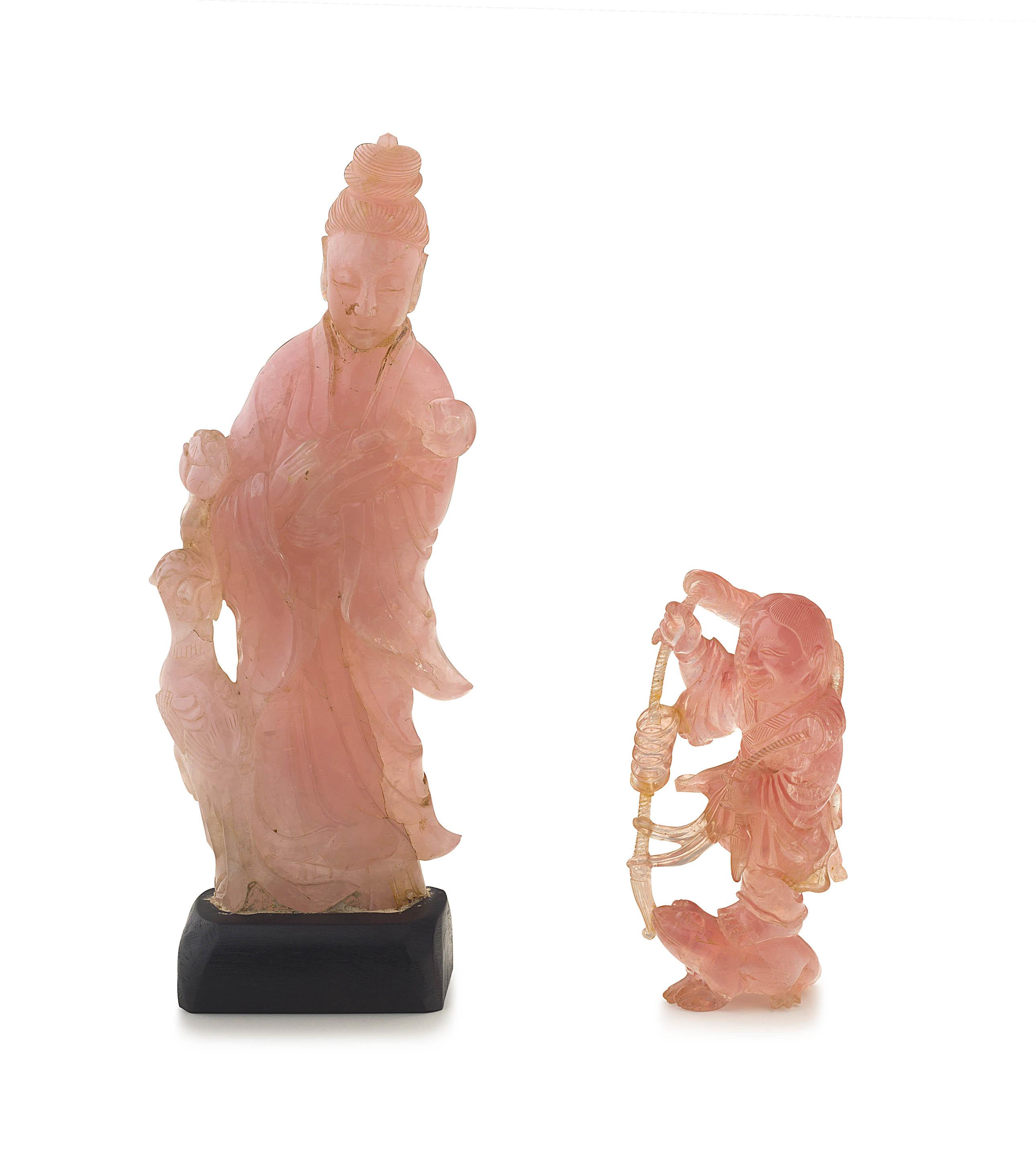 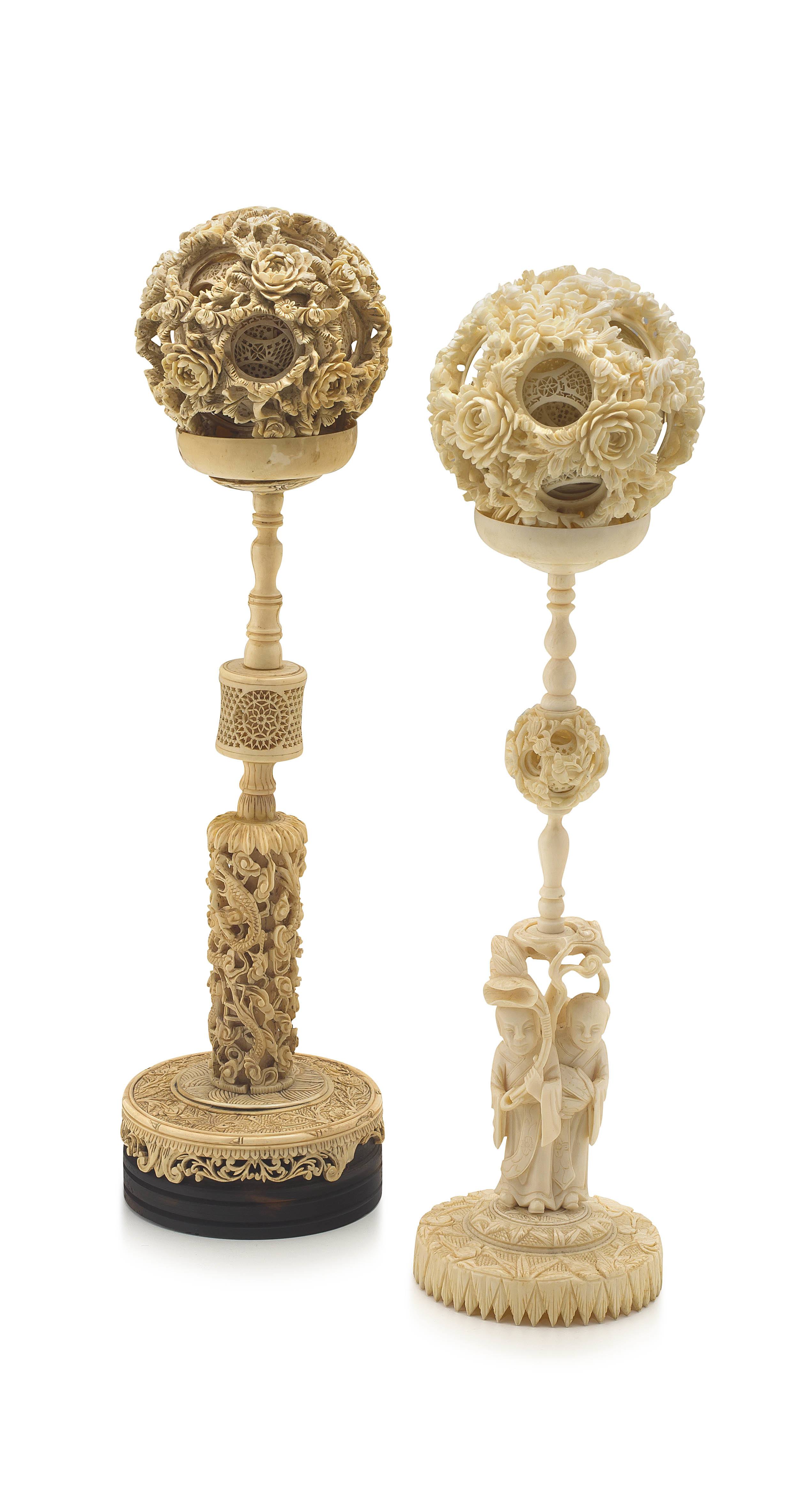