of baluster form, each painted with panels of children and their attendants enclosed by the wings of a ho-ho bird, the reverse with sprays of peonies against an iron-red ground, the sides with angular handles, traces of an iron-red signature, 30cm high; and a pair of Japanese Kutani sake bottles and covers, early 20th century, of ovoid form, decorated with flowerheads and scrolling foliage against an iron-red ground, the covers similarly decorated, signed, 13cm high 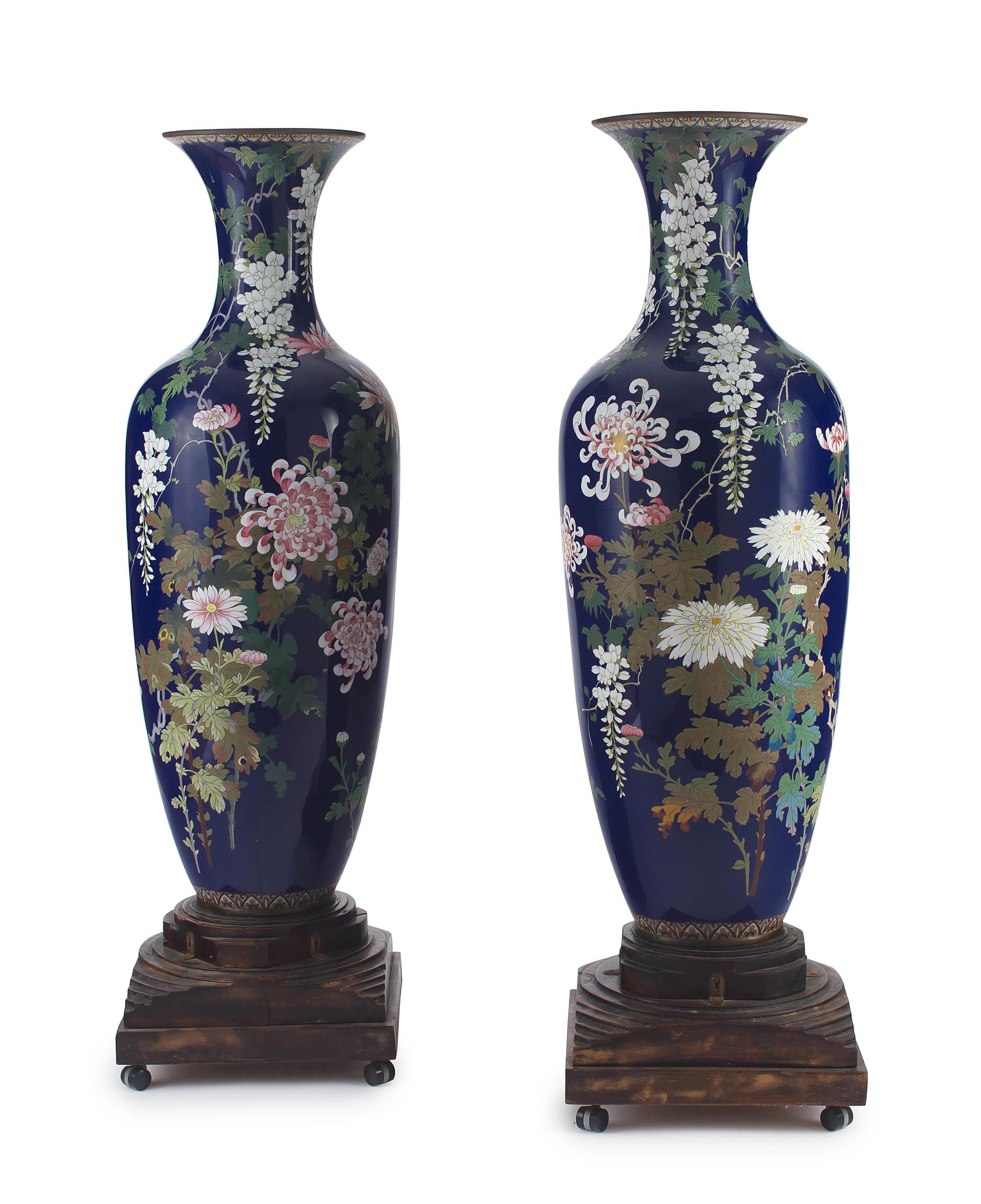 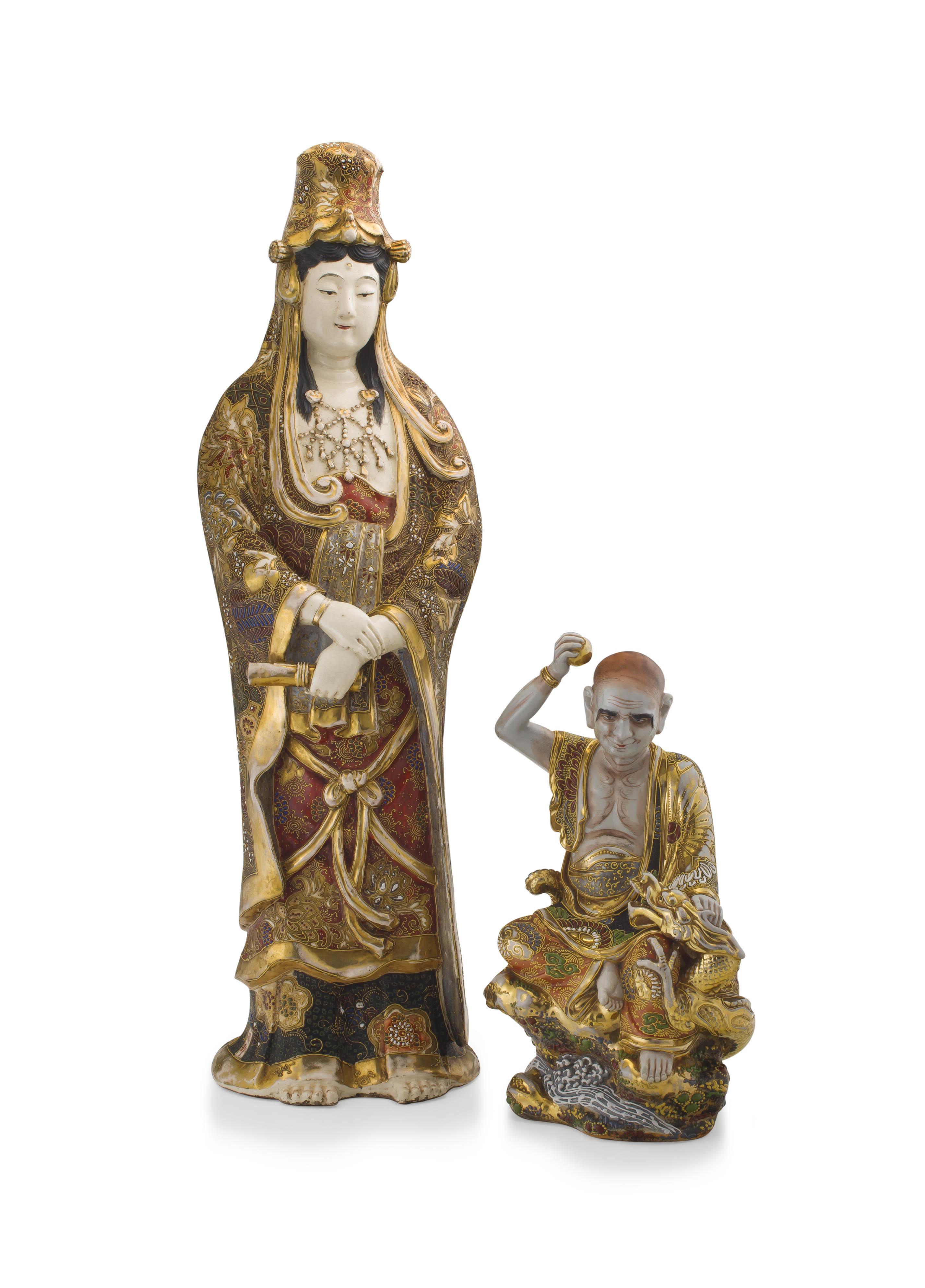 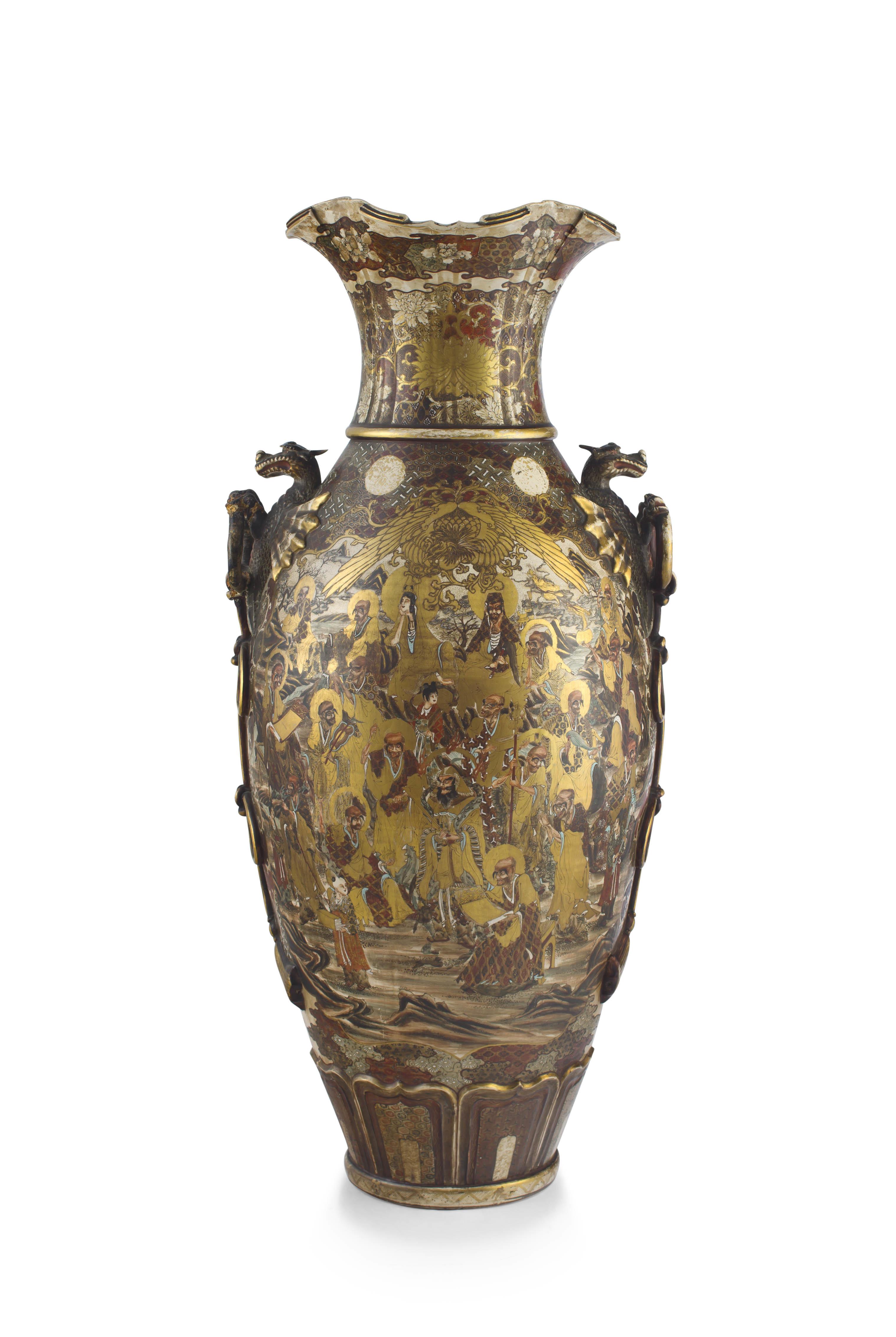 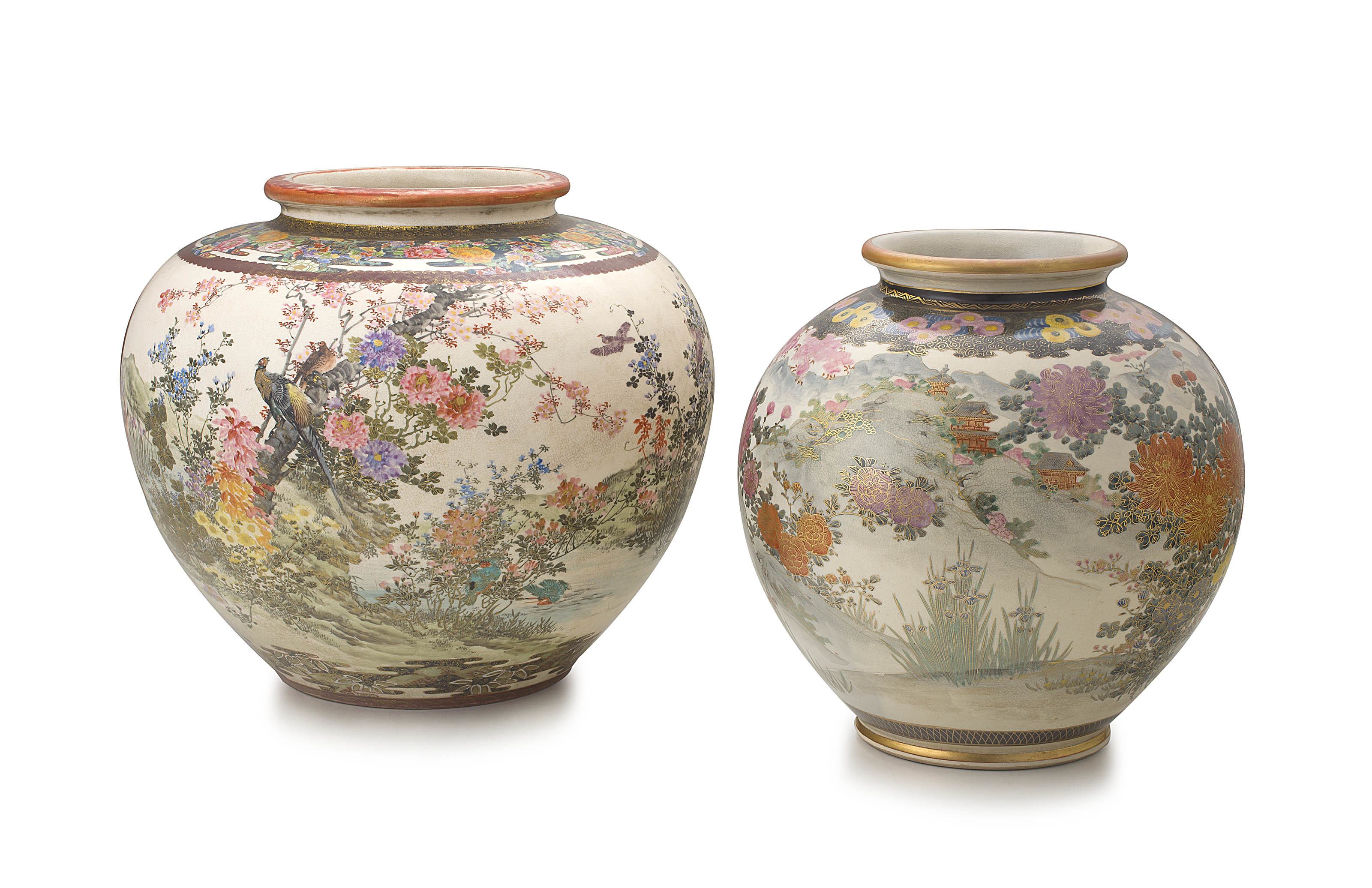 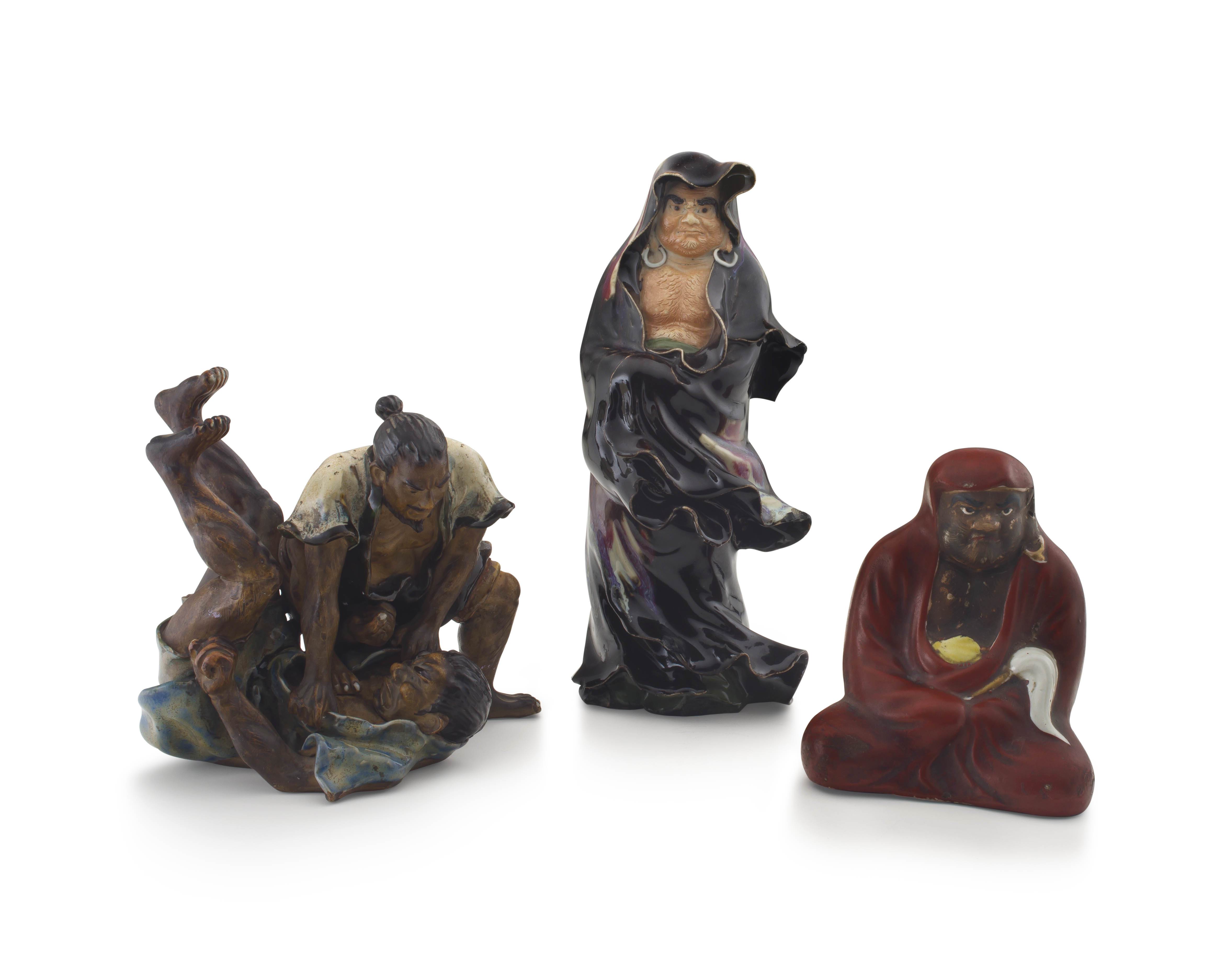 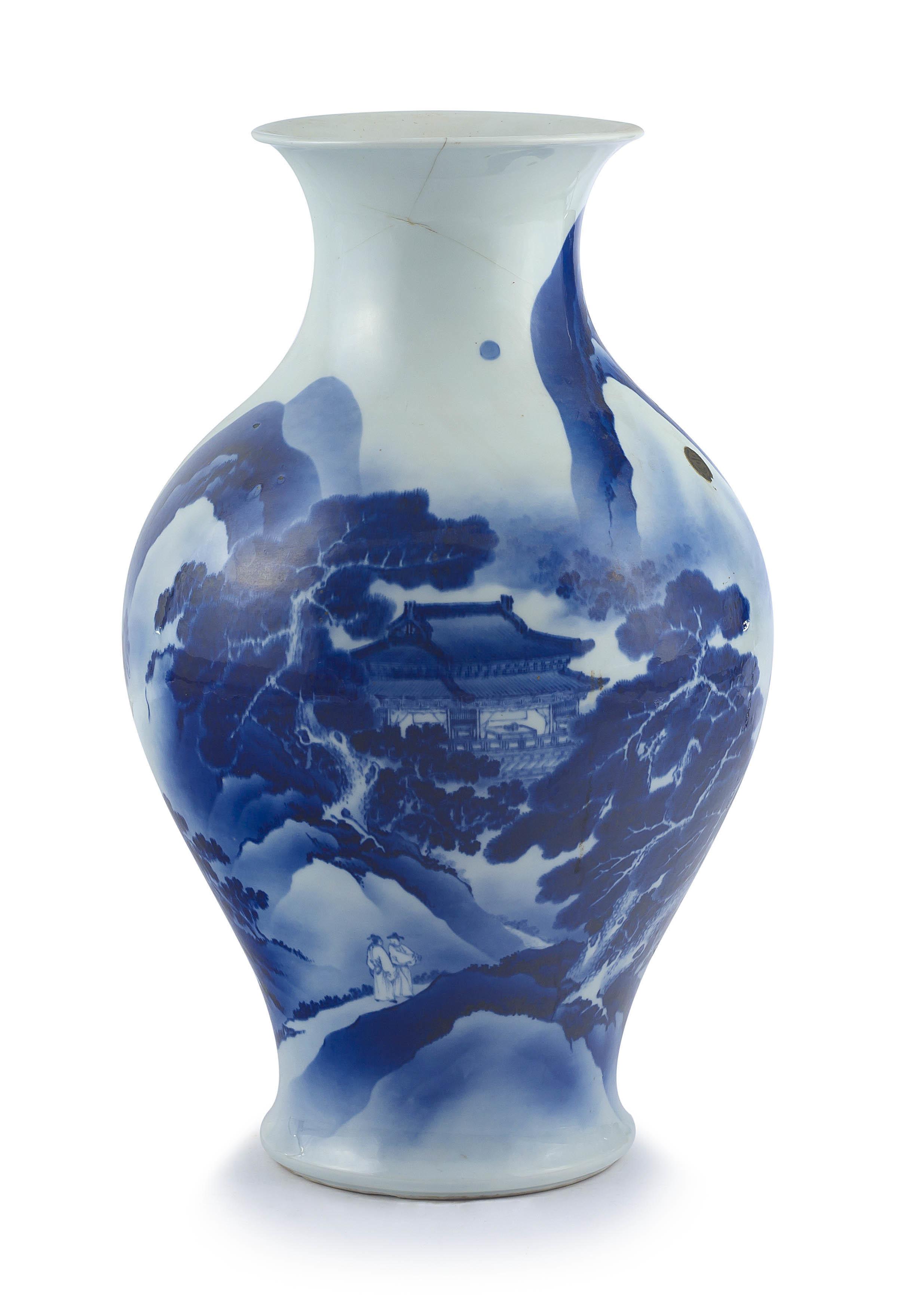