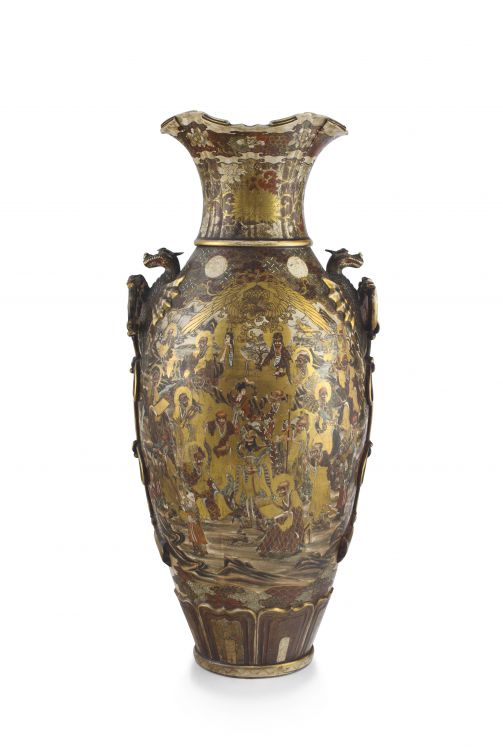 A large Japanese Satsuma earthenware vase, late 19th century
the baluster body decorated and enamelled with two shaped panels, the front painted with Rakan and Kannon,  Ahats and attendants, the reverse with scholars, sages and their attendants, each panel surmounted by a winged dragons, flared ribbed neck decorated with chrysanthemums and lotus blooms, with wavy rim, the base with lappet border, losses to the dragon's horns, restorations, 130cm high 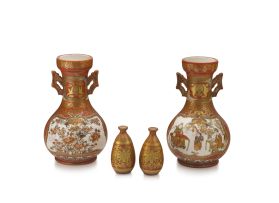 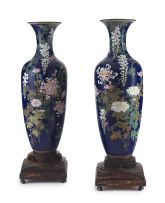 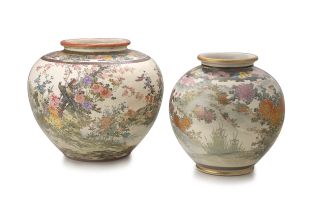 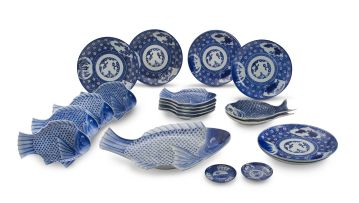