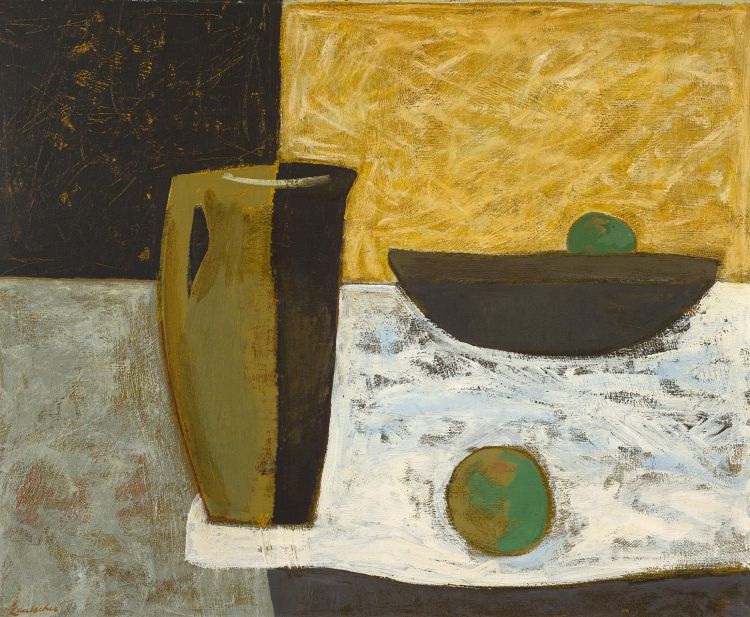 Erik Laubscher produced numerous still lifes throughout his career, even after his decisive embrace of abstraction following a holiday to Bushman’s River Mouth in 1953. Although undated, this lot appears to have been produced in the mid-1960s – the jug closely resembles that in Still Life with Blue Plate (1964), while the earthy palette and synthetic textural treatment of his paint is similar to Slave Quarter, Groot Constantia (1964) and Early Summer Landscape (1966). The 1960s was a period of consolidation and incremental innovation for Laubscher, whose landscapes and still lifes from this period are characterised by their graphic simplicity and flattened perspectives. Laubscher’s work from this period is characterised by the artist’s refusal of what he called “perspective gimmicks”.1 In a 1965 interview, commenting on his two-dimensional treatment of landscape, Laubscher stated: “The moment you use perspective your eye travels to a certain point and there it stops and the painting becomes static. I am more concerned with expressing infinite space.”2 The flattening of vertical and horizontal planes enabled Laubscher to produce graphically simplified compositions in which there is no hierarchy of subject or form, figure or ground. The two-tone jug, coffee-coloured bowl, unripe green fruit, frugal white tablecloth and undecorated interior walls in this lot are drawn into a unified field of vision, into an infinite space. 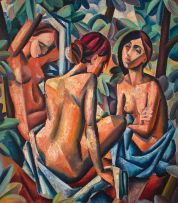 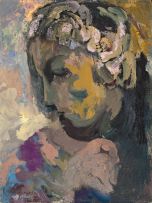 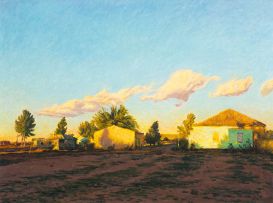 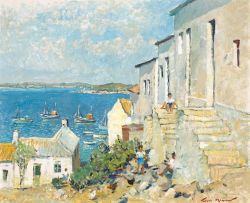 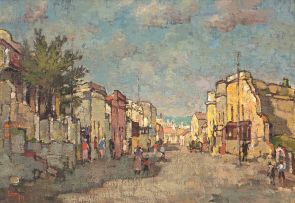