In 2005 Ethiopian born artist, Julie Mehretu, produced three series of prints (Local Calm, Diffraction and Circulation) at Crown Point Press in San Francisco which were exhibited at the beginning of 2006. A year later Mehretu returned to Crown Point to make two additional large-scale etchings, Unclosed and The Residual, editions that further investigate the more intuitive side of her mark making.
As Siri Engberg has observed of these editions “Like Landscape Allegories, these are almost exclusively gestural images, with lines amassed in peaks and valleys. In both prints, the imagery is pulled densely to the very margins of the plate, generating an impression of vastness, and a distinct sense of hovering above the surface, as if mountainscapes are being viewed through windows of a plane. The aerial sensation is intensified in Unclosed, where groups of radial lines emanating from center points litter the landscape like sites of bombings. The intersection of war with nature is a theme addressed in much of Mehretu’s work, played out here within a strong narrative of abstraction”.1

Describing the origins of this abstract narrative, Kathan Brown explains that “she traces migration maps, geographic maps, airport diagrams, city plans, architects’ blueprints and other patterns both humble and grand and lets them interact with freehand marks of her own”.2

Explaining the idiosyncrasy that occurs within this abstract tale that she weaves, Mehretu notes; “As marks collide they develop other marks and a community develops in my mind…like civilisations on top of each other. The architectural drawing gives one space and the intuitive marks give another. You can follow a narrative – maybe not the one I had”.3

Michael Stevenson Contemporary, Cape Town, Disguise: The Art of Attracting and Deflecting Attention, 15 May to 5 July 2008.

Another example from this edition is featured in the collection of Fine Arts Museums of San Francisco. 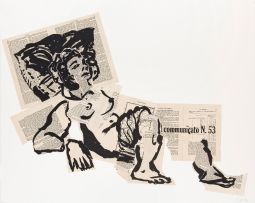 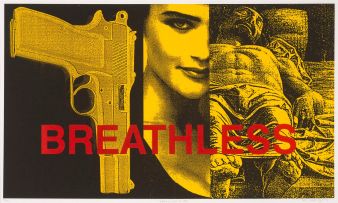 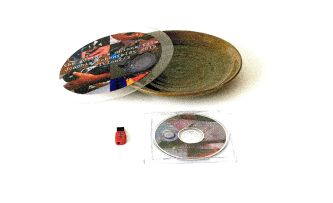 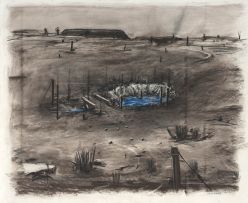