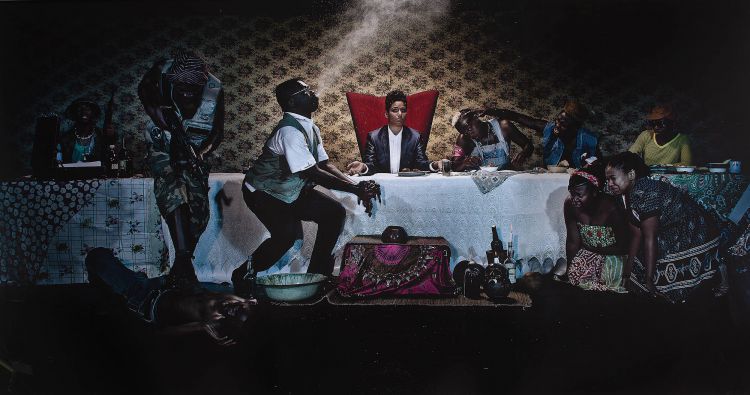 
The present lot forms part of Chiurai’s series State of the Nation, in which he constructs a fictitious African state that is struggling with the aftermath of a tumultuous birth. Chiurai explains, “On a continent that has experienced more violent conflict than any other, this exhibition follows an individual’s narration of events that lead up to the inaugural speech by the first supposedly democratically elected prime minister. This leader styled along many of our existing African leaders, retells the history of a people from another time, but still Africa’s time…”1

Amongst many themes, the series depicts child soldiers, liberation movements, corruption and references ideological, political, and societal issues. In a scene that recalls da Vinci’s The Last Supper, Chiurai has positioned the new female leader in the seat of power with some of the aforementioned themes and issues playing out around her. State of the Nation poses the question: “If we could write our history and chart our futures as we please, who would we be?”2 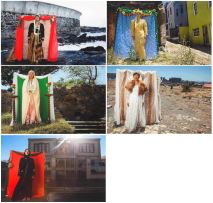