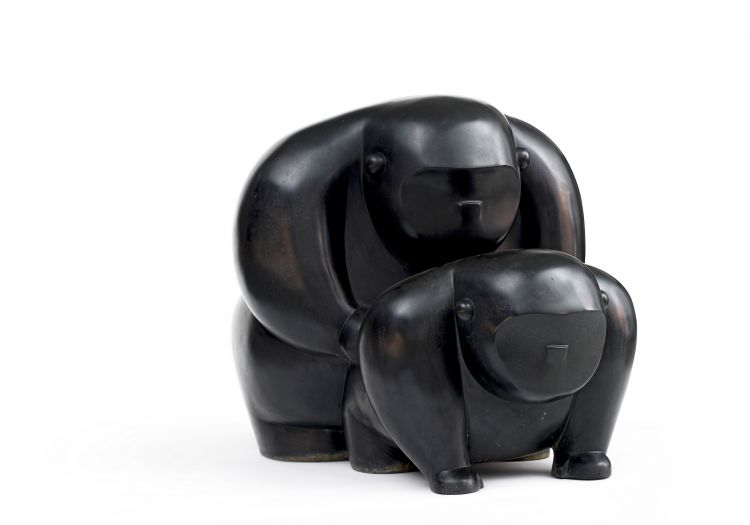 The present lot was first exhibited on Brett Murray’s solo exhibition, Hail to the Thief, held at the Goodman Gallery, Cape Town, in 2010. Billed as a continuation of Murray’s “acerbic attacks on abuses of power, corruption and political dumbness,”1 the exhibition was primarily composed of wall-hung sculptures, mixed-media text pieces and silkscreen graphics based on anti-apartheid posters. This lot was one of two anthropomorphic bronze sculptures prominently displayed at the centre of the gallery. The stunted form, curvilinear features and graphic styling of the sculpture are hallmarks of Murray’s output and harken back to his earliest professional work, notably Fat Sculptures (1991), painted resin sculptures depicting various animals including apes.

Murray is a graduate of the Michaelis School of Fine Art at the University of Cape Town where he was mentored by the modernist sculptor Bruce Arnott. His MFA exhibition in 1989 was made up of painted resin sculptures depicting various white authority figures, including policemen, soldiers and potentates. The reduced formal language of these early sculptures bear out the strong influence of Arnott. But Murray’s early sculptures also heralded a practice marked by strong social commentary and use of pop iconography. Whether working in resin, steel or – since 2001 – bronze, Murray’s sculptural practice remains anchored in the figure and the complications of being a social being.

The polished-bronze animal figures that feature prominently in his mature practice were first introduced in his 2006 exhibition, Sleep Sleep, which included squat interpretations of a donkey, gorilla and pig. In a 2017 interview, Murray spoke of how his “little short fat” sculptures are both autobiographical, quoting his stout physical form, and informed by the graphic simplicity of Asian vinyl toys.2 The action depicted in the present lot is self-evident, as is the artist’s criticism of the post-Mbeki political order. It bears noting that the present lot was also exhibited on Murray’s controversial 2014 exhibition, Hail to the Thief II, at Goodman Gallery, Johannesburg. A sequel to the artist’s earlier Cape Town exhibition, it included a satirical painting portraying President Jacob Zuma with his genitals exposed. The artist received death threats, his exhibition was picketed, the gallery served a legal injunction, and the painting ultimately vandalised, twice on the same day. Murray however remains true to the arc of his career and continues to produce bronze sculptures offering strident allegories of contemporary life. 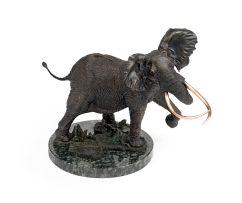 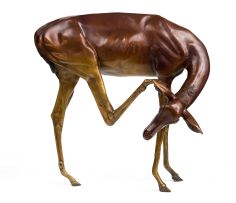 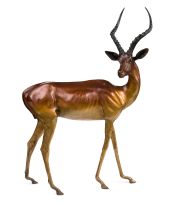 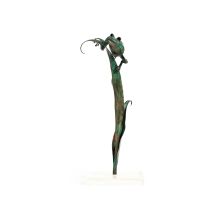 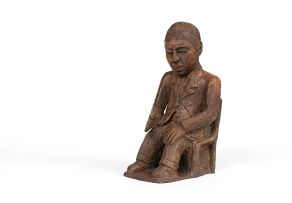 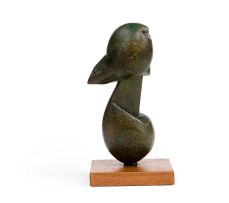