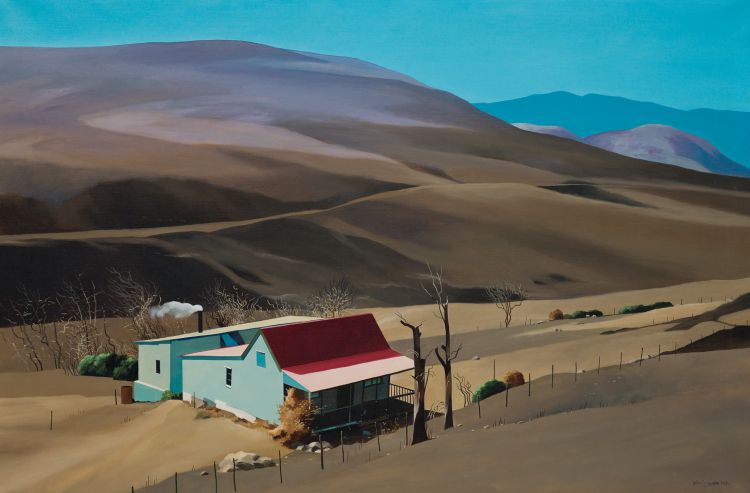 John Meyer
South African 1942-
Miner's Cottage, Pilgrim's Rest
signed and dated 1979; engraved with the artist's name and the title on a plaque adhered to the frame
mixed media on canvas
117 by 177cm excluding frame

John Meyer is regarded as the leading figure in the hyper-realist movement in Southern Africa. Born in 1942, Meyer became a professional painter in 1972. Meyer’s representational painting appears to capture the essence of the land so accurately that the viewer senses a familiar place with wonder, yet what he presents are strikingly real illusions, ultimately invented.

In this fantastic landscape Meyer dramatically captures the isolated cottage with its emphatic red roof and aquamarine walls, set against the vast emptiness of the dune-like rolling hills. The contradictions of his illusionary realism are captivating as Meyer builds each layer of tension or emotion creating a credible, charged and tangible panorama. 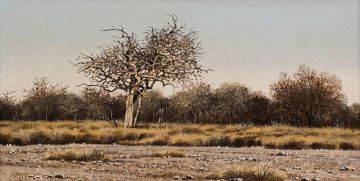 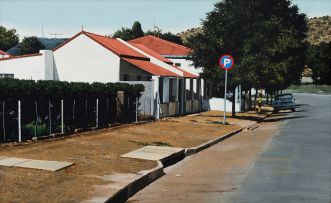 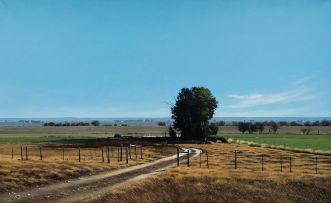 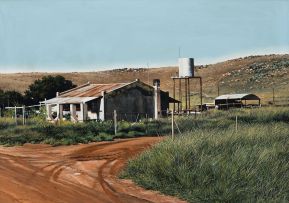