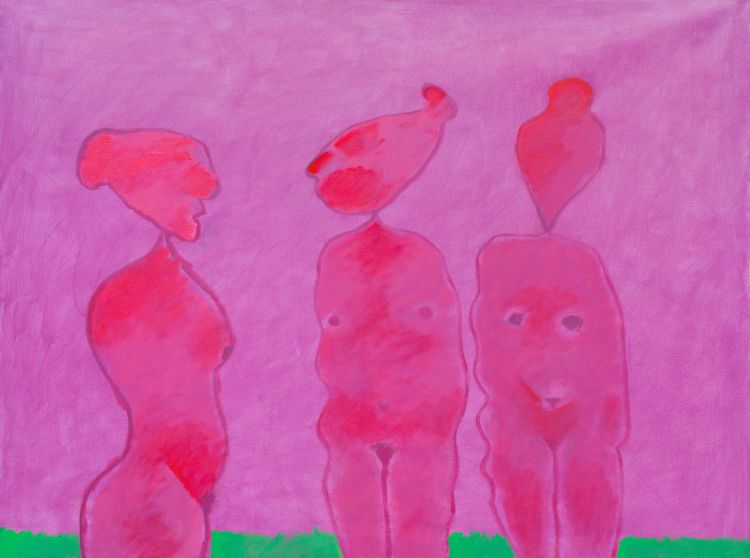 Whether fully described or roughly delineated in a few brushstrokes, Robert Hodgins’ idiosyncratic treatment of the human figure was functionally rooted in the expressionist tradition. An assiduous student of western modernism, Hodgins drew inspiration from the scathing caricatures of George Grosz, fraught figuration of Francis Bacon, and sardonic optimism and exuberant colouration of later Philip Guston. The present lot, made after a personal trip to the Transkei, hints at the painter’s familiarity with Otto Müller, a first-generation German expressionist known for his many lyrical studies of female nudes and bathers. Hodgins, a gay man, rarely produced female nudes. His elementary description of the three female figures and bold colour palette functionally deracialises his subjects and mitigates the latent exoticism. The lot typifies his painterly mission to reconcile “the abstract and expressive life of the paint” with “the volatile suggestion of representation,”1 without forsaking the agency of the other. 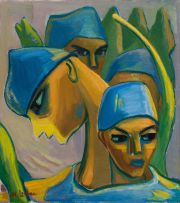 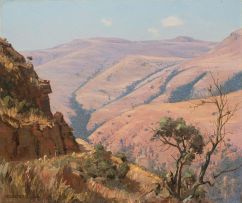 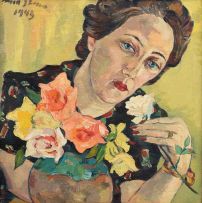 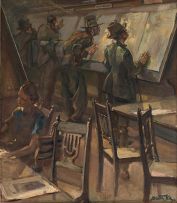 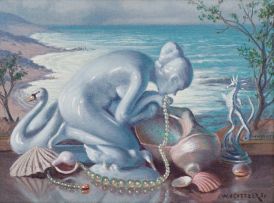