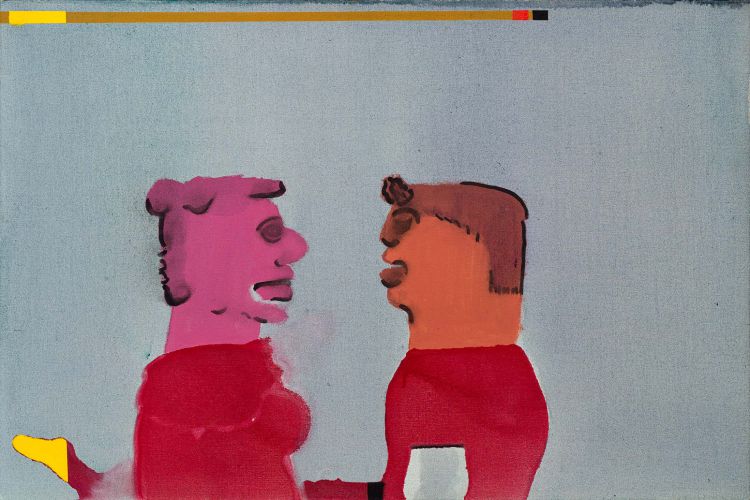 After an unsuccessful attempt at an exhibition career in the 1950s and early 1960s, Robert Hodgins worked as an art critic and university lecturer. He retired from the art department of the University of the Witwatersrand in 1983 and committed himself to painting. A survey of his work was mounted in Grahamstown in 1986. A year later he began his lengthy professional association with dealer Linda Givon and the Goodman Gallery. This lot was originally offered on an exhibition at the gallery and tracks a lesser-known aspect of the painter’s creative associations with artists represented by the Goodman Gallery. As is well known, Hodgins often collaborated with Deborah Bell and William Kentridge. But he also worked with Norman Catherine, for instance producing an enigmatic double portrait: each artist painted an interpretive study of the other; the two portraits, both in oil, function as one work. This lot is not a collaborative work, but nonetheless speaks of Hodgins’ spirit of camaraderie, even when producing a resolutely Hodgins-esque work depicting two rudimentary figures on a typically flattened, monochromatic plane. 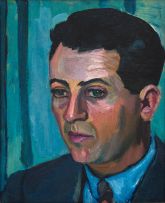 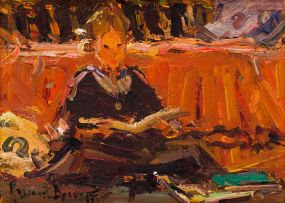 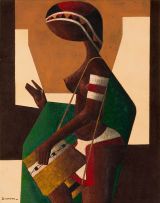 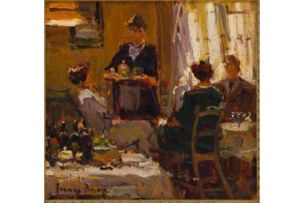 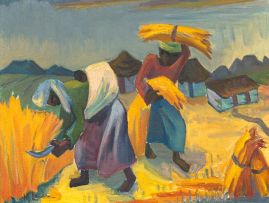 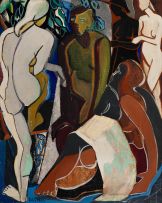