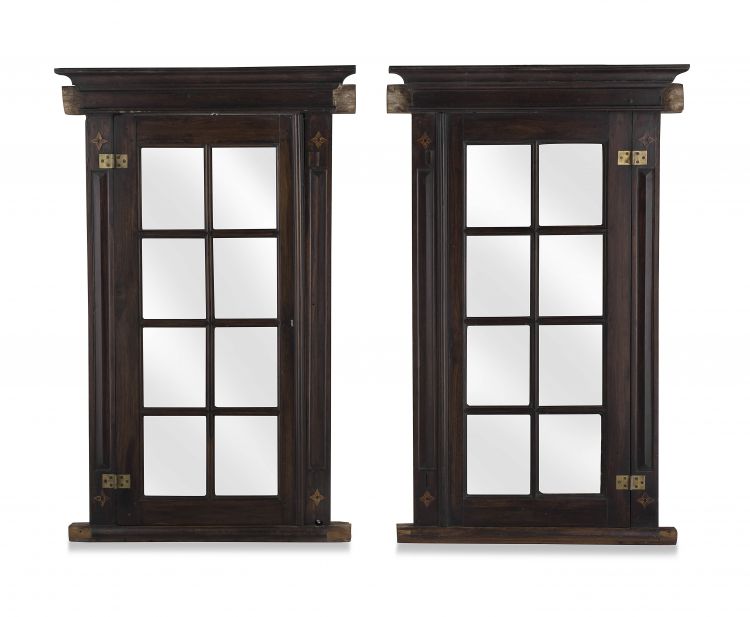 
each with moulded outset pediment above a glazed door flanked by recessed faceted lozenges headed by stylised stars, on a plinth base, restoration, the taller 129cm high, 79cm wide, 14,5cm deep 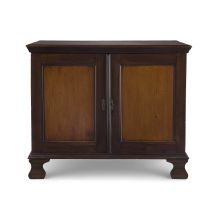 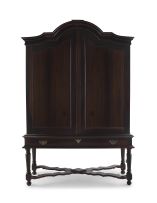 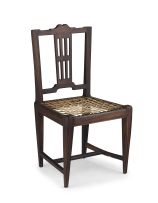 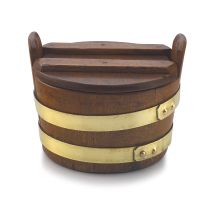 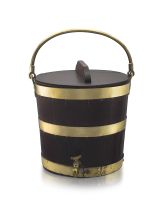 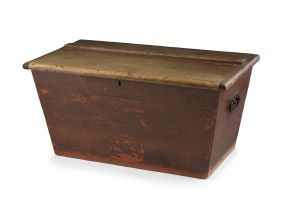