the standing robed figure holding a blossoming peony spray in her left hand, her right clutching her flowing shawl, with downcast head and elaborate headdress surmounted by a phoenix, drilled for the stand, two minor chips, script mark in pencil and iron-red script mark, 31,7cm high, on a stepped rectangular-shaped hardwood base carved with Greek key-block pattern; and a Chinese ivory figure of a scholar and a young boy, 20th century, the standing robed figure holding a pair of scrolls in his left hand, his right hand folded behind his back holding a fan, the small boy with upturned face presenting two books, on an oval base, 30,2cm high, on a conforming pierced hardwood stand, on four bracket feet 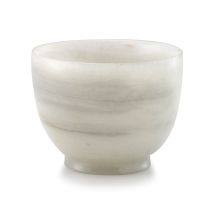 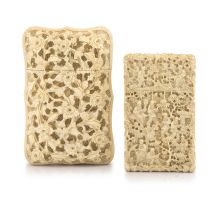 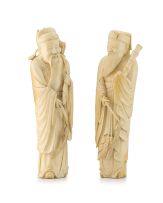 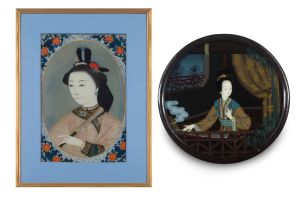