the standing robed figure with a cowl over his head and delighted expression, his right hand holding an open fan, an oni on his left shoulder, his left hand resting on the back of a chair with toori akuma standing in fighting stance, his sword raised in his right hand above his head, a further oni crouched on a shelf stretcher with a drawer below, a small boy clutching his right leg with his left arm and holding the leg of the chair with his right, wearing waraji, chip, apparently unsigned, 13,3cm high 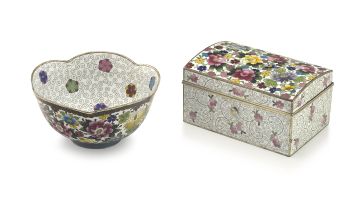 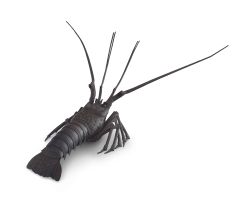 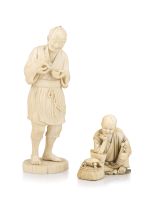