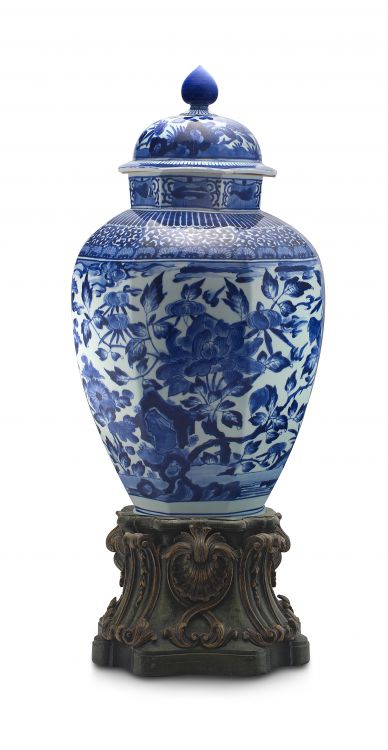 
the baluster faceted body painted with a riverscape with rocky outcrops, the whole profusely decorated with flowering branches engulfed by clouds, the shoulders with scrolling foliage and lappet border, the neck painted with Buddhist emblems, raised on a circular foot, the cover similarly decorated and surmounted by a spire-shaped finial, restorations to the cover, chips, 68cm high, with later octagonal-shaped stepped moulded c-scroll and shell stand, 22,5cm high 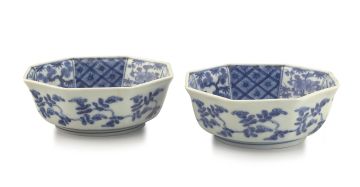 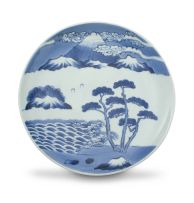 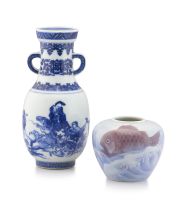 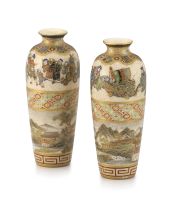 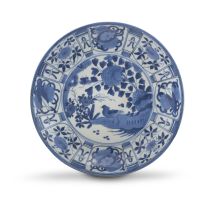