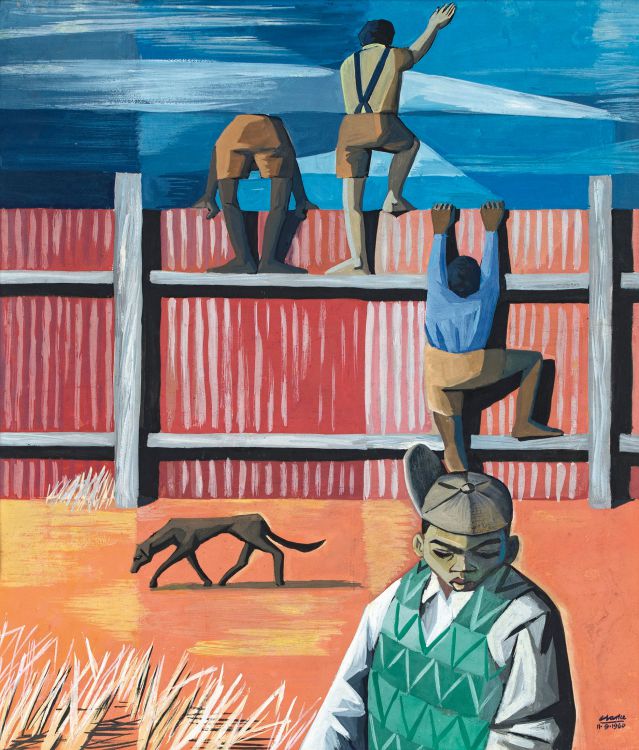 Peter Clarke
South African 1929-2014
The Fence
signed and dated 11.9.1960; inscribed indistinctly with the artist's name, address and title on the reverse
gouache on paper
53,5 by 45cm excluding frame

Peter Clarke's paintings from the early 1960s are highly esteemed. His approach to proportion and depth in these paintings reveal the influence of his graphic work, an important complementary aspect of his painterly output. There is often a cartoonish economy to his scenes, with only the requisite amount of detail included, from the yellowing grass in the foreground to the red-painted corrugated fence and cubistic sky. Figures are confidently arranged and delineated in simplified landscapes. His colour palette is also typically vivid and contrasting. The most important feature of this lot, which was acquired by the seller directly from the artist, is undoubtedly the fence. It dominates a full third of the picture plane. Its purpose is ambiguous: it is a staging device that focuses attention on the four human figures and dog, but also a curtain obscuring what the youths are viewing.

Clarke used this compositional device in a number of subsequent works, which may account for his request to include this particular lot on his 2012 survey exhibition Peter Clarke: Wind Blowing on the Cape Flats at the Institute of International Visual Arts in London. The owner declined the invitation. A later work, the gouache and collage Afrika which way (1978), was shown instead. Clarke's London survey also included examples of his Wall (aka Ghetto Fences) series from the 1980s, which feature the same obscuring barrier mid picture. Clarke later transformed what was an obvious if latent criticism in this lot - walls separate and divide society - into a potent criticism of the urgencies of late-apartheid life.

Dogs also recurred in Clarke's work, typically as companions of youths. But they also inferred more sinister things, dogs sometimes linked in Clarke's work to "police activity".1 Despite the sobering undercurrents to this fine composition, it is firstly a work of humanist wonder. Unlike his contemporaries Durant Sihlali and Cecil Skotnes, who moved through figuration towards greater abstraction, Clarke never forsook the figure. Asked why, he responded: "I think amazement at people, the person, the great variety that we represent, and the situations we get into. There are so many things about people that I find endlessly fascinating."2

Acquired from the artist by the current owner 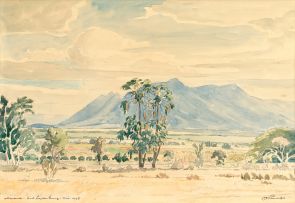 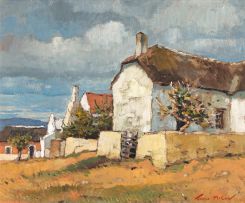 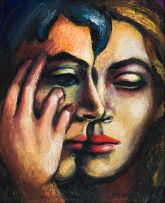 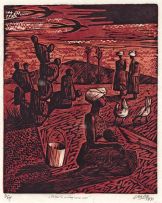 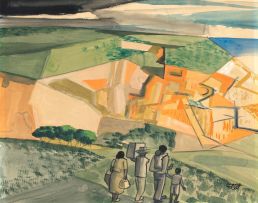 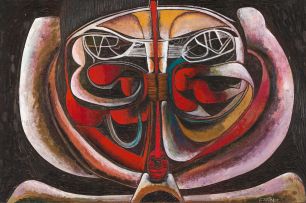