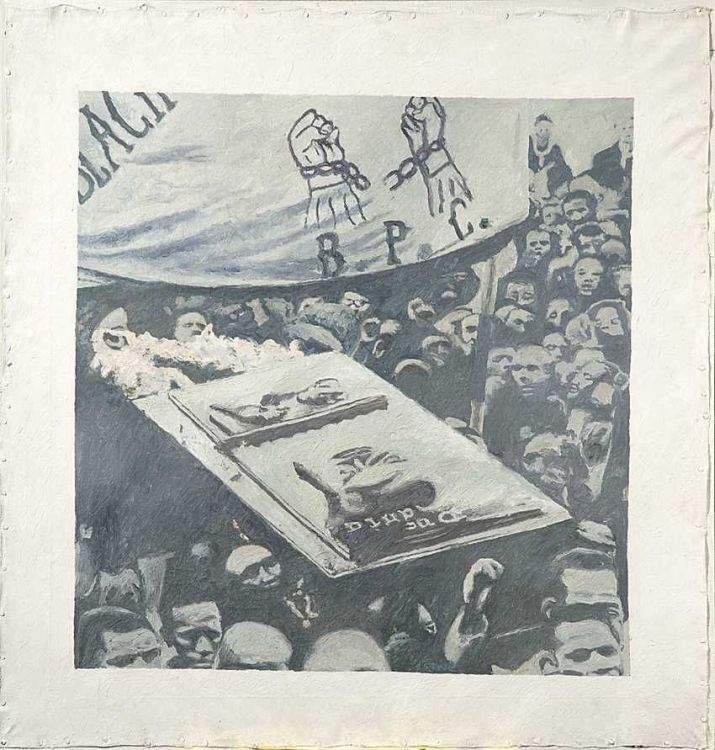 
Simon Stone’s Biko Funeral marks a significant milestone in South African art history in that it was the first work of art to be made in response to the death of Stephen Bantu Biko, the Black Consciousness leader who died in detention in September 1977.

Unlike most artistic responses that were produced years later, drawing on documentary evidence, Stone’s painting was done at the time in direct response to the actual historical event. This is what gives this work its immediacy and authenticity.

After decades of neglect, it has finally found its way into the annals of South African history through its inclusion in the four-volume Visual Century: South African Art in Context, launched in November 2011.  According to Hayden Proud, Curator of historical paintings and sculptures at the South African National Gallery1:
Simon Stone also introduced media sources into his paintings in the 1970s, inspired by the work of the British-born American painter Malcolm Morley, who was amongst the first to use photographs as the basis of his work and is one of the initiators of a style now referred to as Photo-Realism or Super-Realism. As with Morley's painterly, often impastoed renderings of pre-existing commercial postcards and printed material, Stone also respected the existential flatness of the surface of the painting, and the objective flatness of the photographic image. This not only extended Modernism's concern with flatness in painting, but 'invalidate[d] the distinction between figurative and abstract'2. While Morley denied any 'interest in subject matter as such, or satire or social comment'3, Stone's painting Biko funeral (1977) is not similarly neutral. Painted from a newsprint photograph just after the activist's burial, the work is a direct response to a political event, incorporating all of the energies and distortions of the original image. Stone's canvas, stretched as it is on a plane with the tacks in evidence along its edges, at once asserts its materiality and flatness. The image is centred, as if memorialised, in the midst of a space-denying white ground, a device that was also frequently used by Morley.


Purchased from the artist by the current owner. 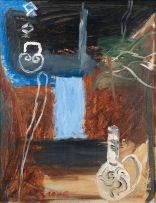 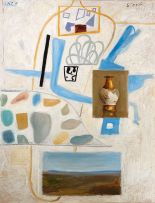 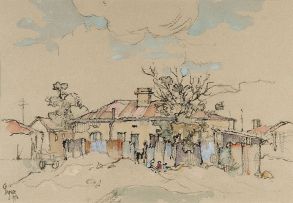 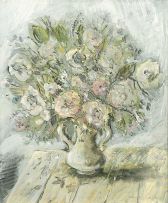 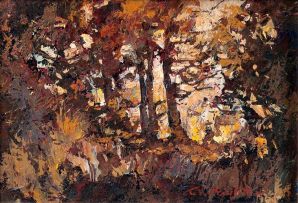