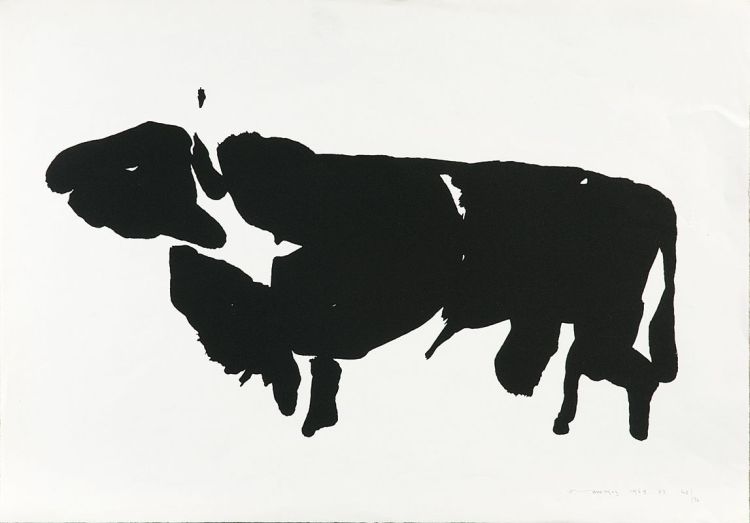 Louis le Brocquy
Irish 1916-2012
The Tain, Portfolio 3
six lithographic brush drawings from the original set of twelve, the entire edition consisting of three different sets of twelve lithographic drawings, each being limited to seventy copies and one artist's proof, these numbered 68/70, printed in Dublin by Frank O'Reilly in 1969,  including: 27 A flock of birds, 28 Pigs, 30 Leaping wolfhound, 32 Cow and calf, 33 The bull of Cuailnge and 34 Lion, each signed, dated 1969, and numbered in pencil in the margin, in original portfolio
sheet size: 37,5 by 53,5cm

The Táin portfolios were made in 1968-69 by Louis le Brocquy to illustrate Thomas Kinsella's inspired translation of the Táin Bo Cuailnge, the dramatic record of Ireland's proto-historic past and the centrepiece of the eighth-century Ulster cycle of heroic tales.   The book was commissioned and designed by Liam Miller, to be published by Dolmen Press, Dublin 1969 and 1985 and by Heimeran Verlag, Munich 1976.   It is now in its 17th printing by the Oxford University Press, London and New York. 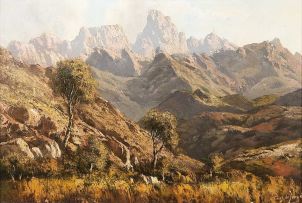 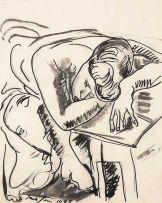 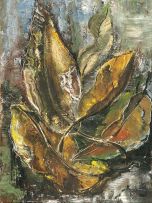 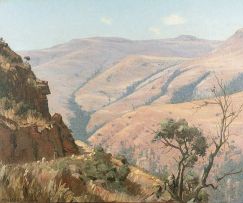 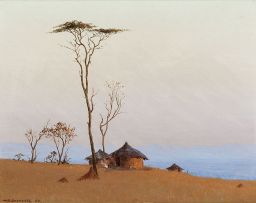