Athi-Patra Ruga’s embroidered tapestries have been an important part of his highly regarded practice ever since he pivoted from fashion to art in the mid-2000s. His earliest textile pieces appropriated images from both contemporary media and art history, notably reworking Irma Stern’s Watussi Queen (1943) in a 2008 work. In the early 2010s, these hand-made textiles became an important vehicle for the artist to elaborate his queer-positive and baroque cosmology of the Versatile Kingdom of Azania, a fictionalised South Africa ruled by a non-dynastic line of female monarchs. The reign of this semi-absolute matriarchy commenced with the rule of Versatile Queen Ivy, whose glamorous appearance Ruga fleshed out in a half-dozen embroidered pieces made in 2013–14. He also staged a sumptuous drag performance at the 2013 Venice Biennale, moving from outside the Basilica di Santa Maria Gloriosa dei Frari to the Grand Canal.

In the manner of Stern, whose work he admired while studying at the Belgravia Art Centre in East London, Ruga’s tapestry evokes the rich material culture and courtly grandeur of his imagined royal subject. The reclining pose and white dress of Queen Ivy quotes numerous portrayals of privileged white leisure and female repose, from Giovanni Bellini and Titian to Goya with The Clothed Maja (c.1805). Ruga’s identity as a gay man from South Africa adds to the richness of his work. His glamorous regent has a precedent in Pieter-Dirk Uys’s drag character Evita Bezuidenhout, the South African ambassador to the imaginary Republic of Bapetikosweti. Well known for his devilish wit, Ruga has likened his Azania cosmology to that of Walter Battiss, in particular Fook Island, which melded the feyness of primitivism with a robust critique of late-apartheid artistic censorship. Ruga’s work also directly intersects with the tradition and pageantry of African-American performance and LGBT culture, both of which have gained increasing visibility and acceptance, notably through RuPaul’s Drag Race, a hugely popular reality series. 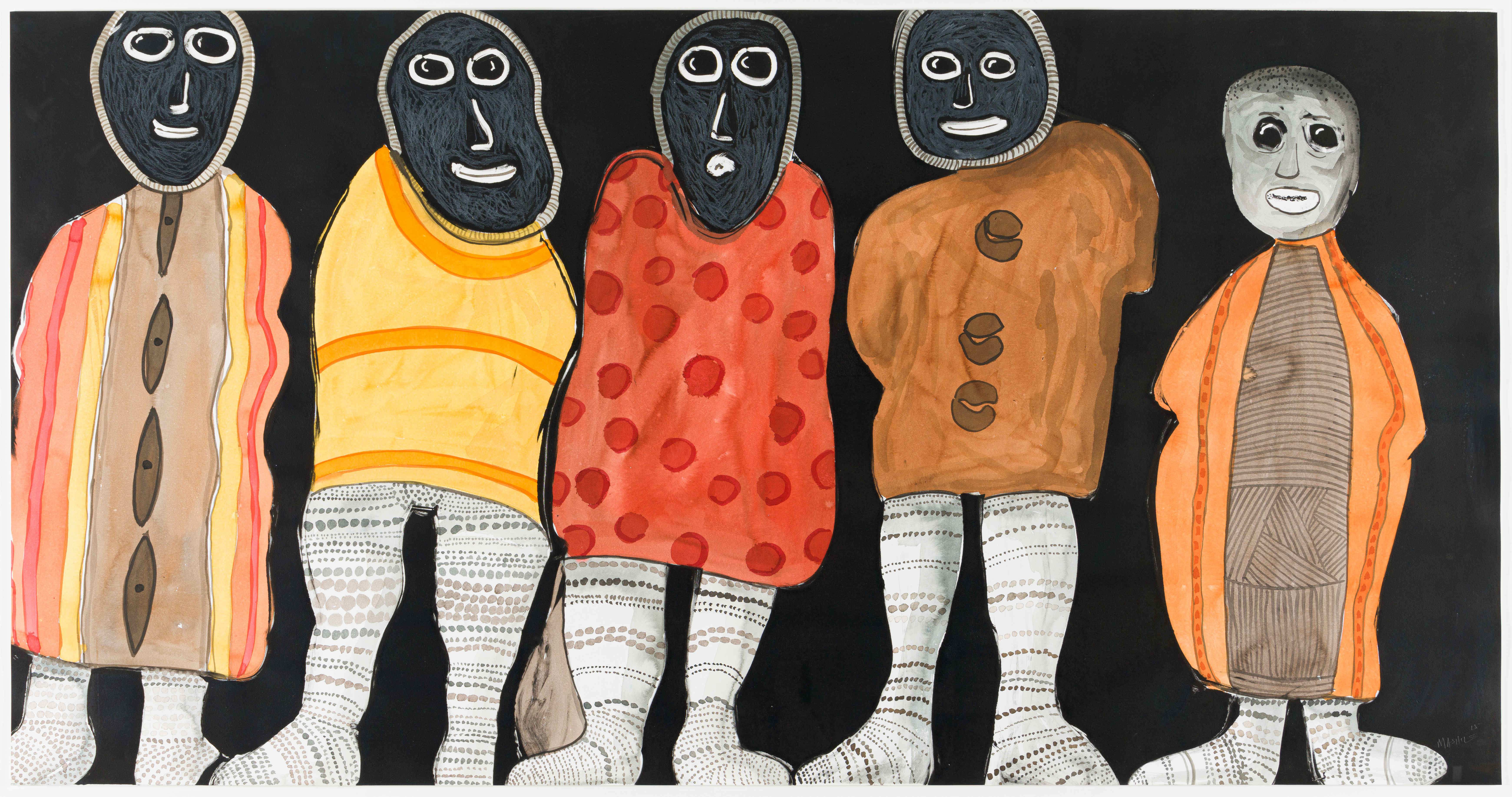 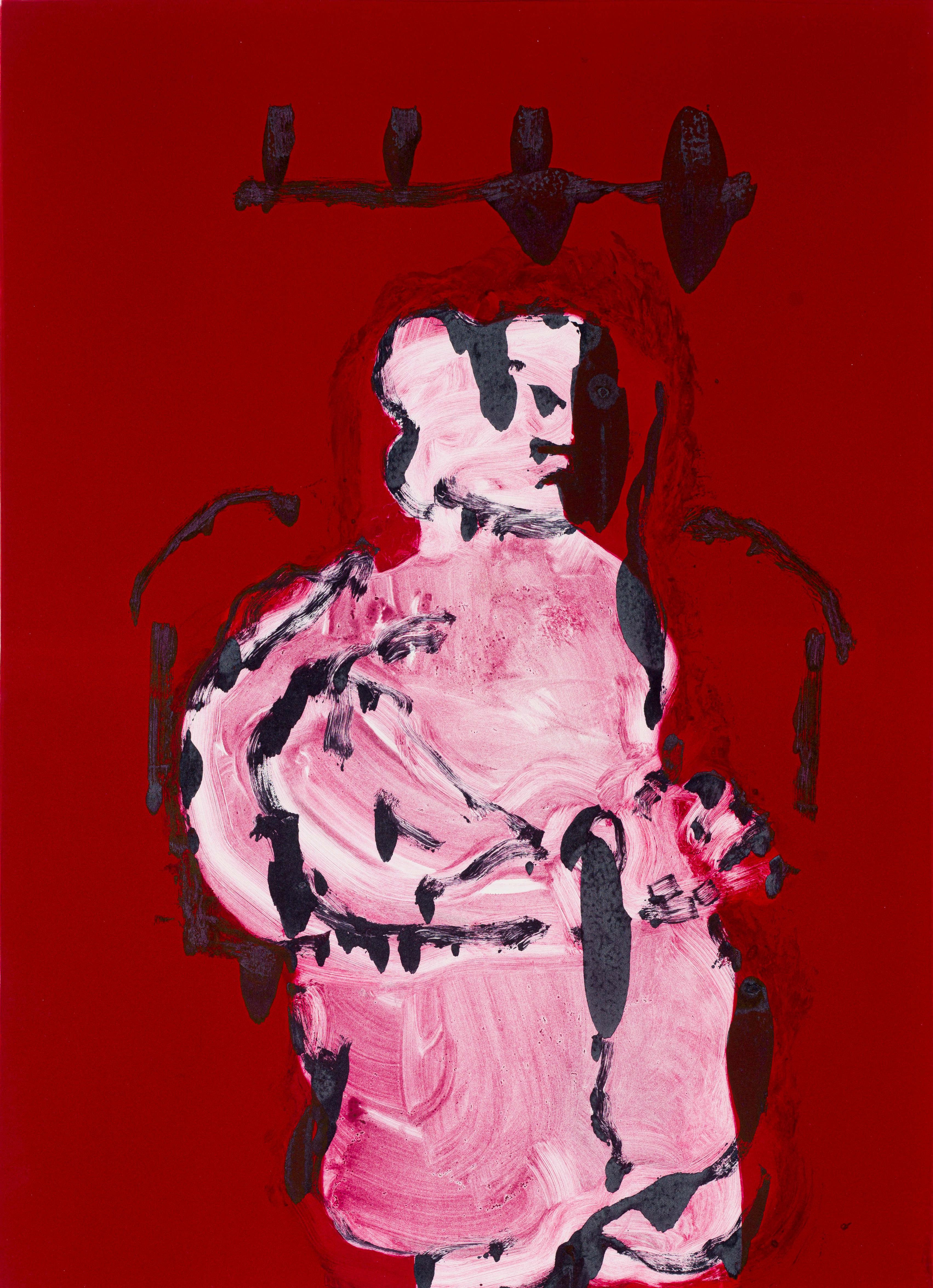 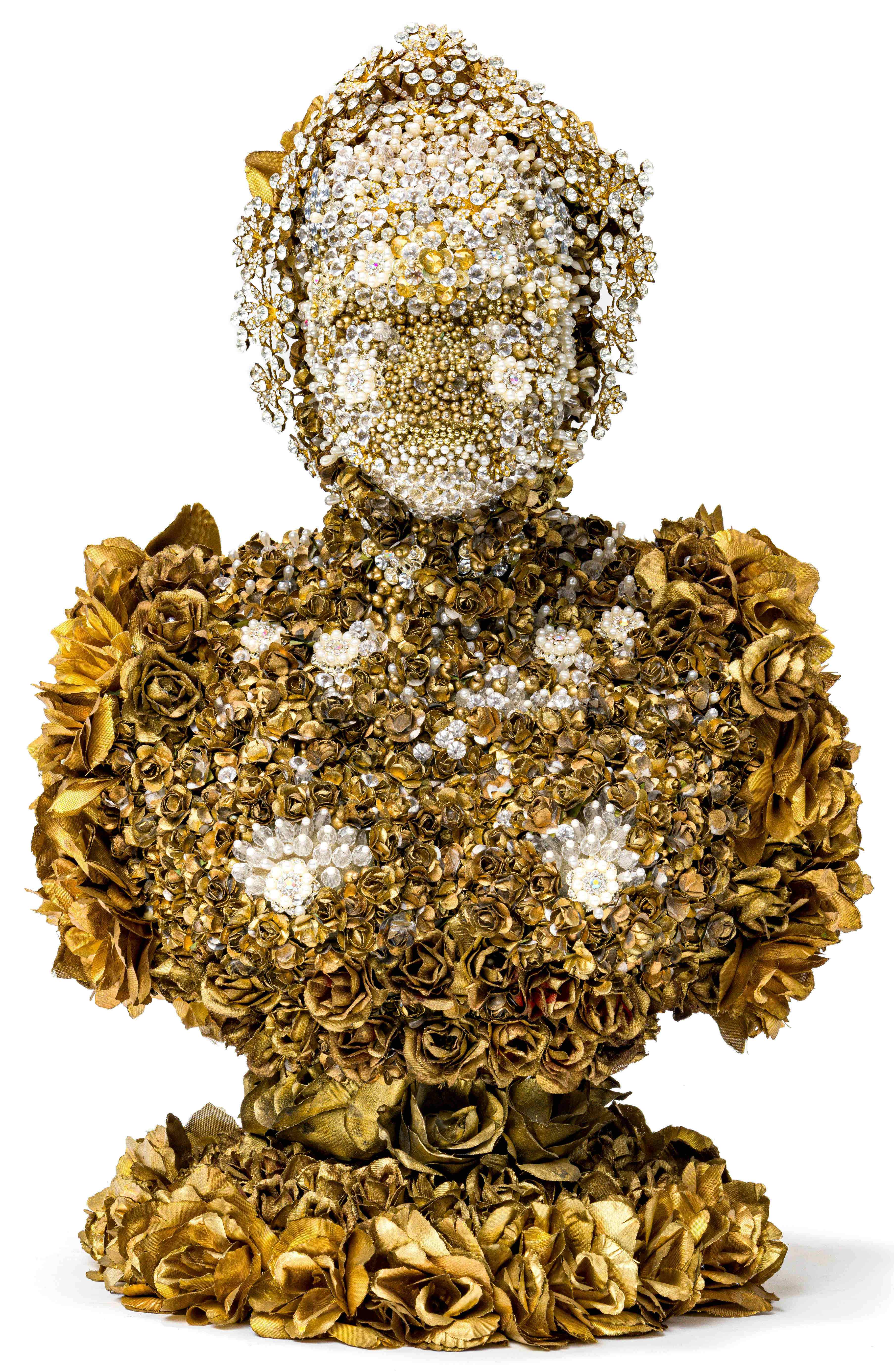 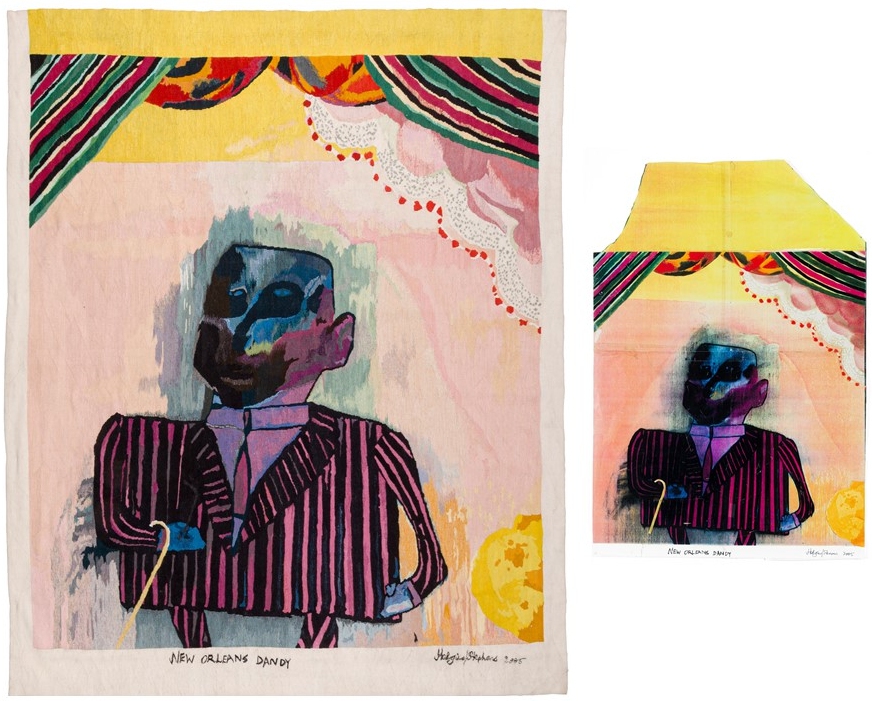 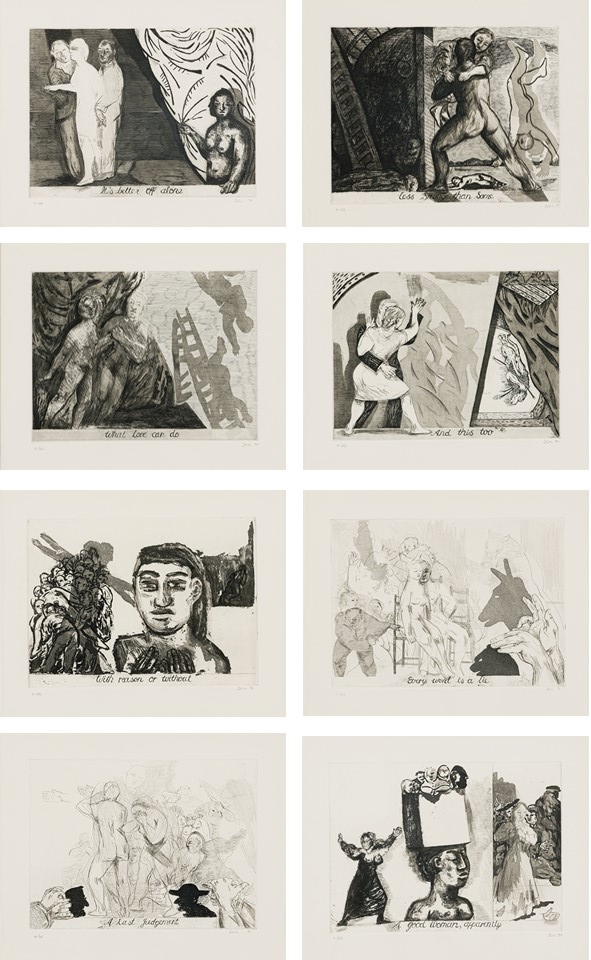 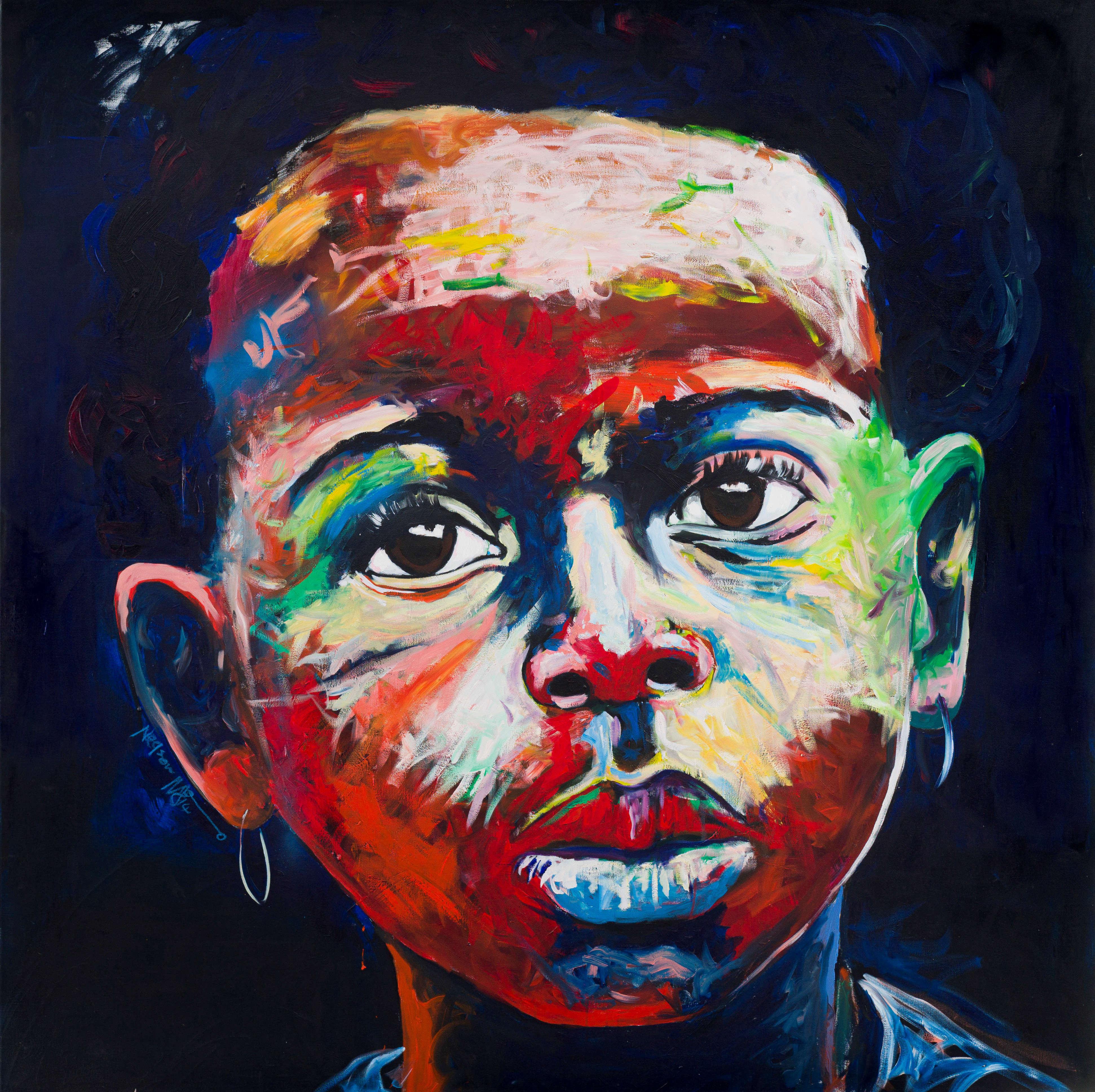