the ovoid body painted with a cartouche enclosed by c-scrolls, foliage and a vase of flowers, the centre inscribed POMPADOUR, fritting chips to the rim, hairline crack, underglaze-blue factory mark, 24cm high, with associated brass cover 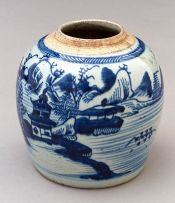 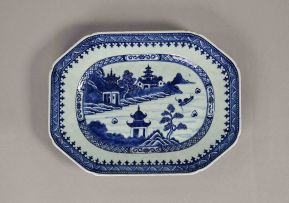