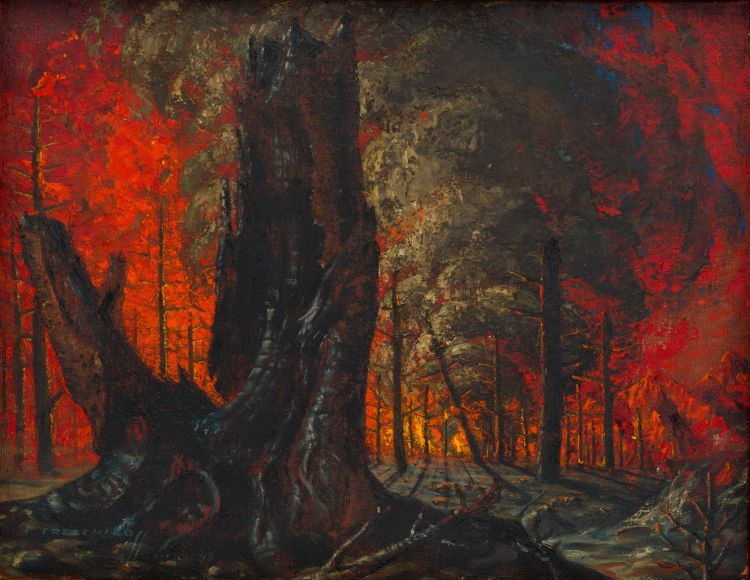 
The only known landscapes by Tretchikoff are his depictions of Cape mountain wildfires. In 1948, shortly after settling in South Africa, Tretchikoff held the first of his many exceedingly popular exhibitions in Cape Town and Johannesburg. In commercial terms, he soon became the country’s most successful artist. Half the works that Tretchikoff presented that year were produced in Indonesia, where he had been working during World War II, but in 1949, the Russian-born artist decided that the theme for his shows would be South Africa, his newly-adopted country. Not only was the subject matter purely South African, he even made use of indigenous materials in The Forest Fire and other works.

With his interest in the mysteries of death and resurrection and his penchant for intense colours, Tretchikoff was awed by the drama of Cape wildfires. In his work, flames usually represent the ultimate destructive force. This is evident in his most dramatic paintings – Atomic Age and The Atom – where raging fire spells the end of humanity. But Tretchikoff saw death as a new beginning. As in his often-reproduced Lost Orchid and Weeping Rose, when something beautiful perishes, a new life is bound to emerge in its place. No wonder that, in another canvas from the same series, The Spring, we see daisies sprouting through cracks in the dry soil among the blackened trunks of fallen trees after a blaze.

The frame for The Forest Fire was designed and crafted by Tretchikoff personally. He bought heavy blocks of Cape pine, which he transported to his studio in his car. He stripped off the bark, which timber merchants usually discard, trying not to break the brown gnarled surface. He then cut a rectangular hole in the large pieces of bark and used them to frame his Cape wildfire landscapes.

The Forest Fire was purchased by a sheep farmer from the Karoo, who bought several other works by Tretchikoff as well as paintings by Frans Oerder, Tinus de Jongh, Vernon Ward and Sir Russell Flint. The buyer was prompted by his seven-year-old daughter who accompanied him to  Tretchikoff's studio. When he asked her which was her favourite painting, she pointed to The Forest Fire. The canvas has been in the family ever since.


Bought by the current owner's father from the artist's studio, 1949.

Vladimir Tretchikoff and Anthony Hocking (1973) Pigeon's Luck, London: Collins. The story of the purchase of the three paintings bought by the current owner's father, The Forest Fire, Journey's End and Poinsettias, is told on page 192. 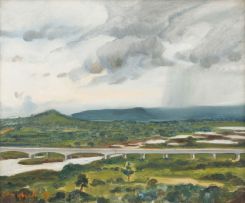 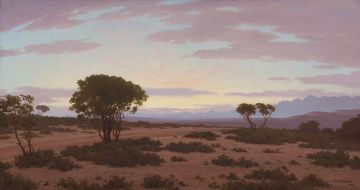 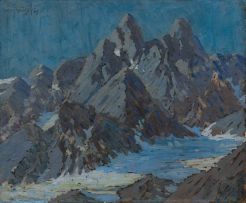 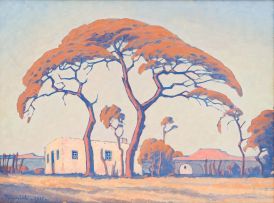 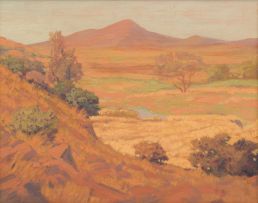