Pierre-Yves Colin-Morey
1er Cru White collection, 2010
3 (3 x 1) 750ml
Maison Pierre-Yves Colin-Morey is a Burgundy producer based in the Côte de Beaune. It is known for its fine Chardonnay wines, and has most of its vineyard holdings in Saint-Aubin. The estate was established in 2005 by husband and wife Pierre-Yves Colin and Catherine Morey, both children of esteemed Burgundy winemakers. Colin had been winemaker at his family's winery since 1995 and in 2001 had started a négociant business with his wife. He left the family estate to establish his own label with a 6-hectare (15-acre) inheritance, the rest of the Colin vineyards going to his three siblings.
This lot consists of the following wines

'As my personal favourite – and discretionary recommendation – I was delighted to see Burghound’s review of the 2009 Caillerets: briefly, “Sweet spot – Outstanding.” The 2010 is stunning too and, once more, will receive my enthusiastic backing. One should remember that Pierre-Yves owns very old vines here, in the finest sector of the vineyard. “Caillerets is often shy and timid when it’s young, but it ages beautifully. It perhaps has more finesse than the Grand Crus, but less weight.” In my opinion – excluding the Grand Crus – this is one of the finest wines in the Colin-Morey cellar. This will be a ravishing bottle when it acquires aged character, and, for white Burgundy of such multi-dimensioned quality, it is far from expensive. 2017–2027.'  -Antonio Galloni, Vinous.com 91-94/100.

'Lemon-yellow color. Crushed stone aroma lifted by an almost exotic note of orange zest. At once bracing and dense in the style of the best 2010s, with huge acidity making it tough to drink today. Distinctly hermetic and in need of patience. Finishes very long, with a captivating crushed-stone tang. "Two thousand ten has everything: ripe fruit, minerality, terroir, body," said Colin. "Two thousand eight may be more masculine but 2010 is more consistent. And the wines will be long agers.'- Stephen Tanzer - 93/100

'Locked up tight on the nose. Then thick, large-scaled and powerful in the mouth, with an extraordinarily tactile palate feel to the pineapple and crushed stone flavors. Packed with dry extract. Boasts the concentration, fine-grained texture and sheer sappy density of a grand cru. This brilliant wine finishes with uncanny rising length. I'd love to revisit it in ten years'- Stephen Tanzer, 95/100

'An airy, cool and quite pure nose evidences the mineral reduction nuances that one typically finds in a fine Perrières together with pear and floral aromas. The textured and stony flavors seem to be extracted directly from liquid rock before culminating in a chiseled, lemony and cuts-like-a-knife finish of simply superb length. This linear effort will also need plenty of time before realizing its full, and considerable, potential.' - Burghound, 95/100

'Colin-Morey yields in Puligny suffered terribly. We shall do our utmost to allocate as fairly as possible but with a 50% drop in Trézin and the 1er Cru volumes trimmed too, it will far from easy. For worldwide distribution, around 100 cases were produced of the first two wines, and less than 900 bottles of Folatières. Last year’s buyers will, as usual, have first call; sorry. Even more frustrating as the ‘millerandage’ has resulted in intense wines, full of verve and tension; some of the stars of the vintage. Trézin has masses of energy and vitality, tautly mineral, and a real sense of place. Pierre-Yves, observing the blissful expression on my face as I tasted. Despite this wine’s creamy, juicy middle, it also boasts excellent lemony grip and precision. The Folatières is broad, saturating the palate with floral and mineral flavors as always. It finishes with glorious length; Grand Vin.' - Antonio Galloni, 93/100 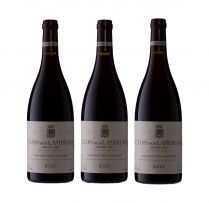 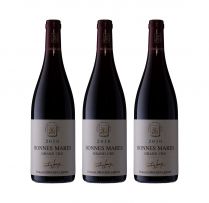 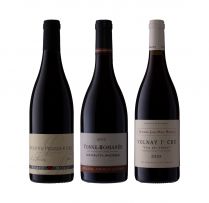 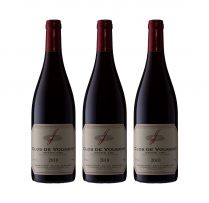 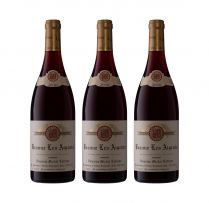