Gaja
Barbaresco Single Vineyard Collection, 2010
3 (3 x 1) 750ml
Gaja is one of the best-known wine producers in all of Italy. Originating in and still based in Barbaresco, in northwest Italy, the Gaja name remains most strongly associated with Nebbiolo based wines, though the company now makes more wine in Tuscany than Piedmont. The business was founded in 1859 by Giovanni Gaja with just 2 hectares (5 acres) of vineyards in Barbaresco. Each generation saw expansion, although Angelo Gaja, who took over full-time in 1970, is often credited with the estate's more recent success. He was responsible for overseeing sweeping changes in the vineyards and cellars, and introducing the famed single-vineyard Barbaresco wines Sorì San Lorenzo, Sorì Tildìn, and Costa Russi.
The Gaja Barbaresco 3 bottle lot consists of the following wines.


'The 2010 Costa Russi is a vineyard-designate "Barbaresco" (although the wine's addition of five percent Barbera prohibits it from being called such) that opens to even more profound depth and generosity. As is typical of this cru expression, the wine displays an amazing assortment of aromas that span from the floral to the spicy. Supple, round and seductive, it caresses the palate in the most beautiful fashion. The 2010 vintage is shaping up handsomely for those who collect Gaja's best bottles. Anticipated maturity: 2018-2035.' - 95/100

'A banner wine for Gaja, the 2010 Sori San Lorenzo brings the infinite and ethereal aromas associated with Nebbiolo into startling focus and clarity. Again, like the Sori Tildin, the structure and tannic firmness of the wine will carry the wine forward over the years and decades ahead. It demands much more time until it fully blossoms. I walked through the San Lorenzo vineyard with Gaia Gaja and she showed me some of their recent activity. Every second row is planted with barley that acts as a natural rototiller given its aggressive root system. Borrowing other "New World" ideas, they've started compost piles with Californian red worms and are using (with less success, I'm told) wooden tree boxes to repopulate the birds. All of this must seem very odd to the neighbors. Anticipated maturity: 2018-2040.' - Robert Parker's The Wine Advocate, 98/100

'Tar, smoke, licorice, incense, savoury herbs, tobacco and new leather are some of the many notes that emerge from the 2010 Sorì San Lorenzo. The 2010 brings together all the best qualities of the vineyard in a huge, powerful style that is highly appealing. The pure intensity is classic San Lorenzo. This is by far the most site-representative of Gaja's three single-vineyard wines. Today the tannins are naturally imposing, but readers who can wait will be rewarded with a magnificent bottle.' - Antonio Gallioni, Vinous.com 97/100

Gaia Gaja uses the word "salty" to describe this next wine, and I see her point. The 2010 Sori Tildin shows a dry, firmly structured quality that enhances those extraordinary, breezy overtones of lead pencil and brimstone that so fittingly frame the Nebbiolo grape. The lingering end-notes of rose petal, ginger and cedar are striking. You immediately feel the tannic structure and power of the wine. The jump is very sharp next to the Costa Russi, and that's why this is one of Gaja's best cellar-agers. Anticipated maturity: 2018-2040. - Robert Parker's The Wine Advocate, 96+/100 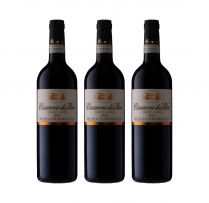 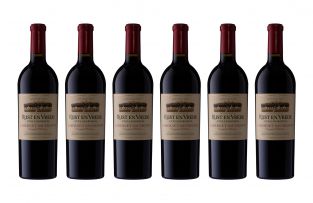 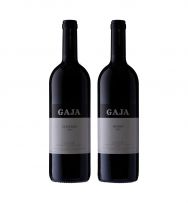 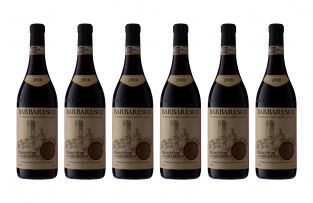 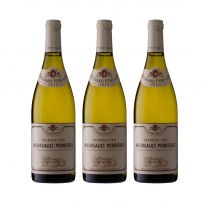 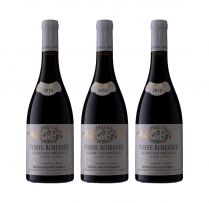