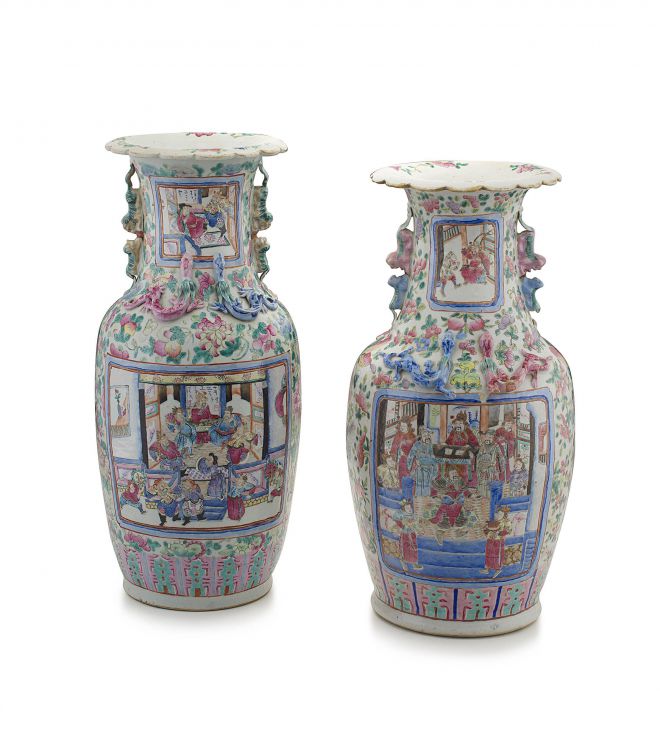 
each baluster body with fold-over wavy rim, the shoulders moulded in relief with chilong, the neck moulded with two pairs of dogs-of-fo, the whole painted with panels of battle and court scenes enclosed by peonies, peaches and foliage above a diaper border, restorations, loss, the taller 45,5cm high 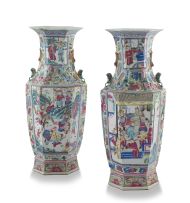 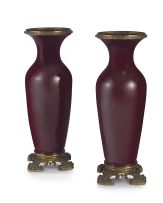 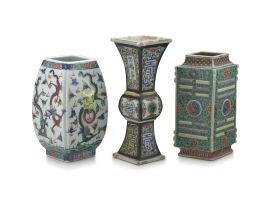 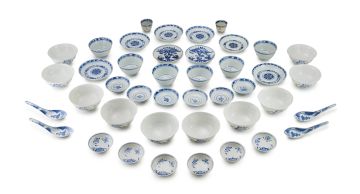