each painted with birds and flowering trees against a blue ground, inscription and two artist's red seals, framed, 202 by 53cm 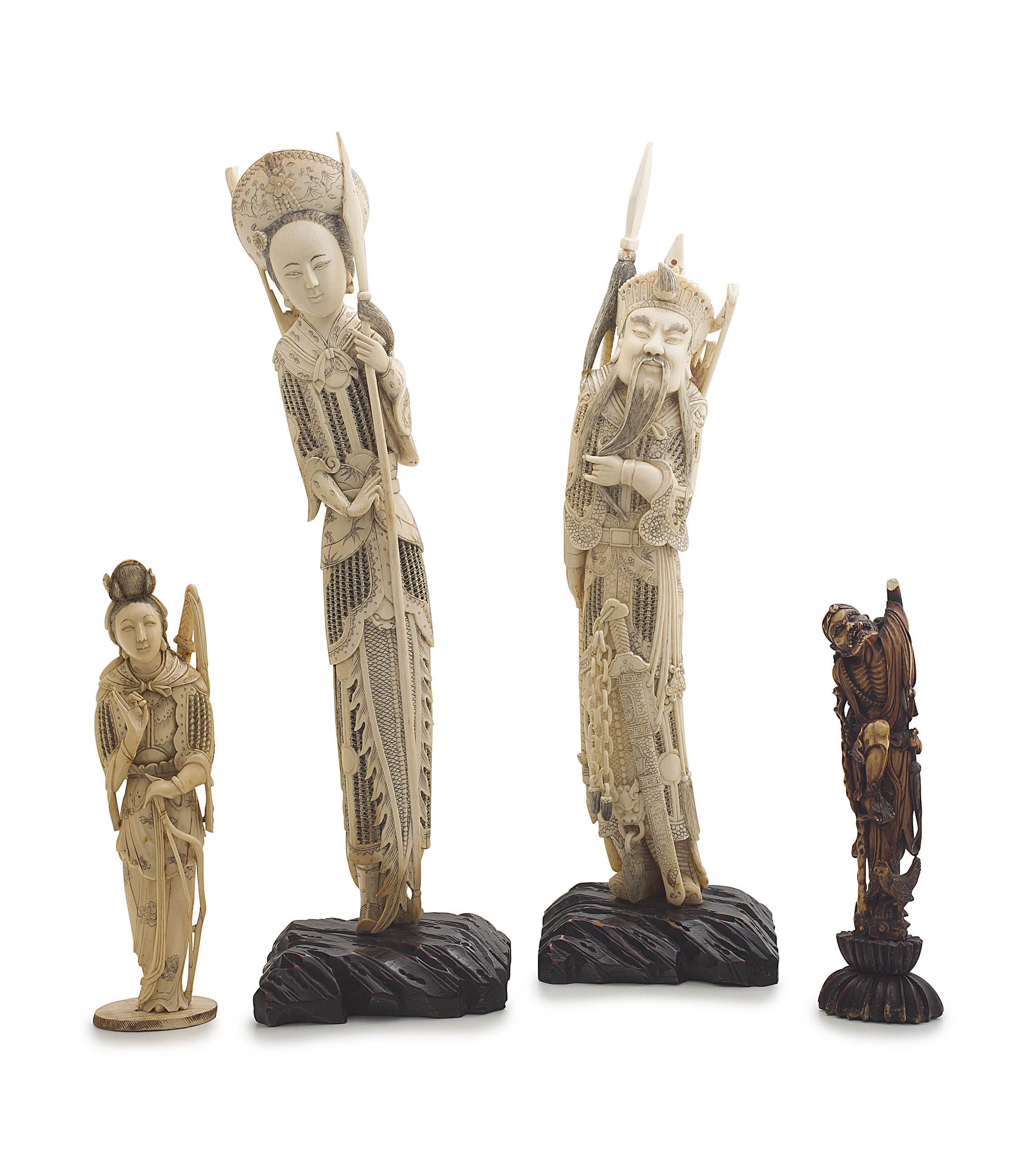 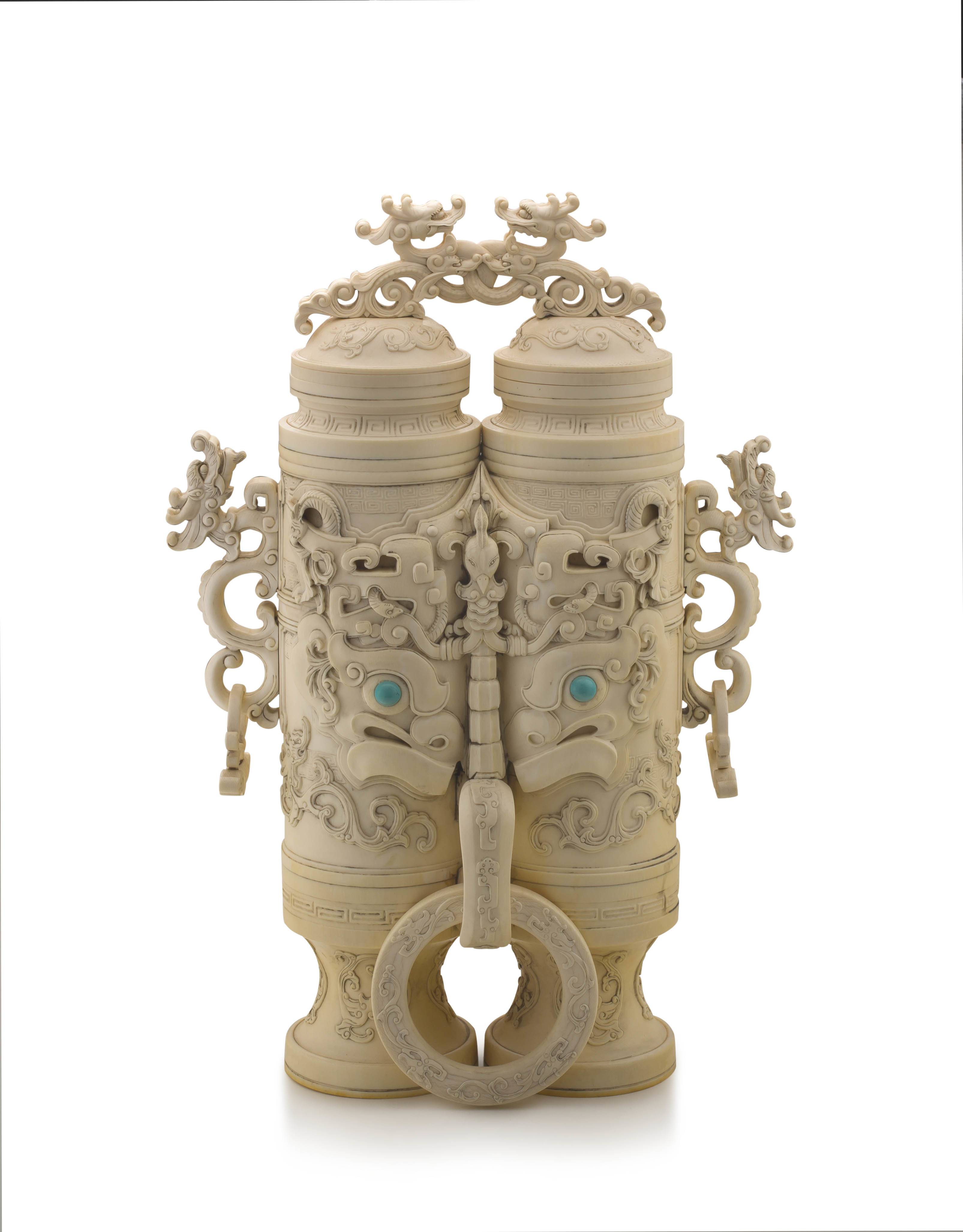 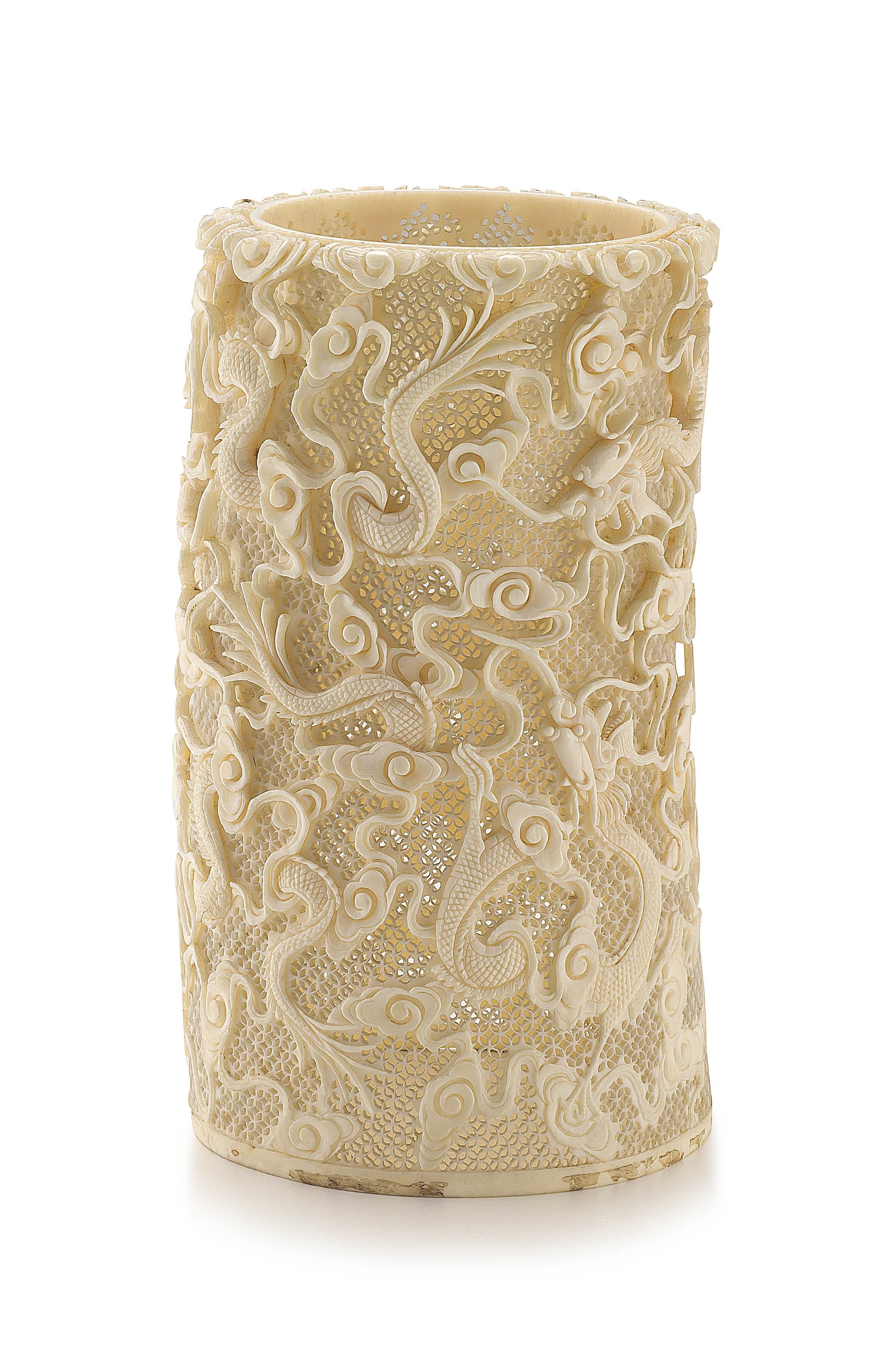 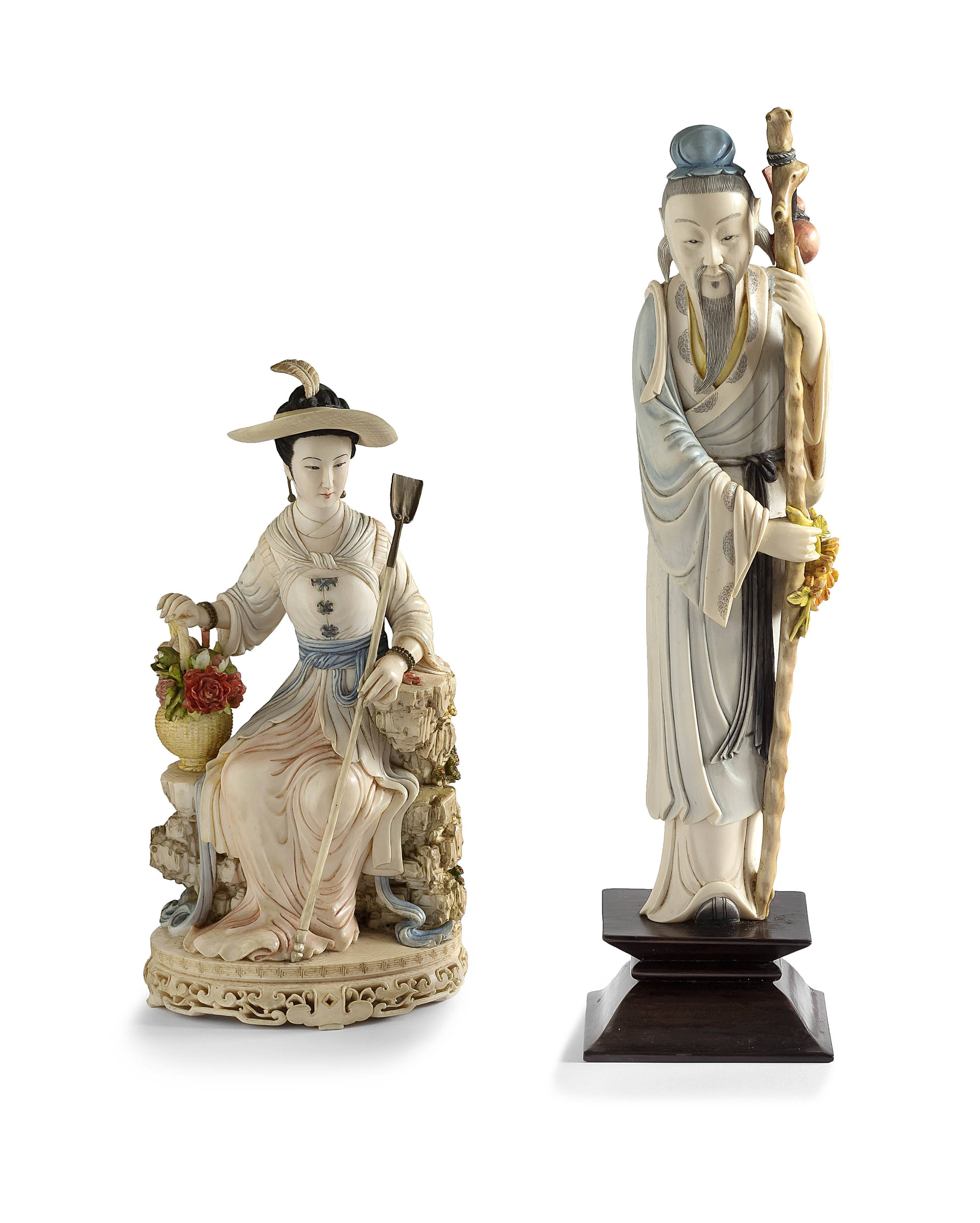 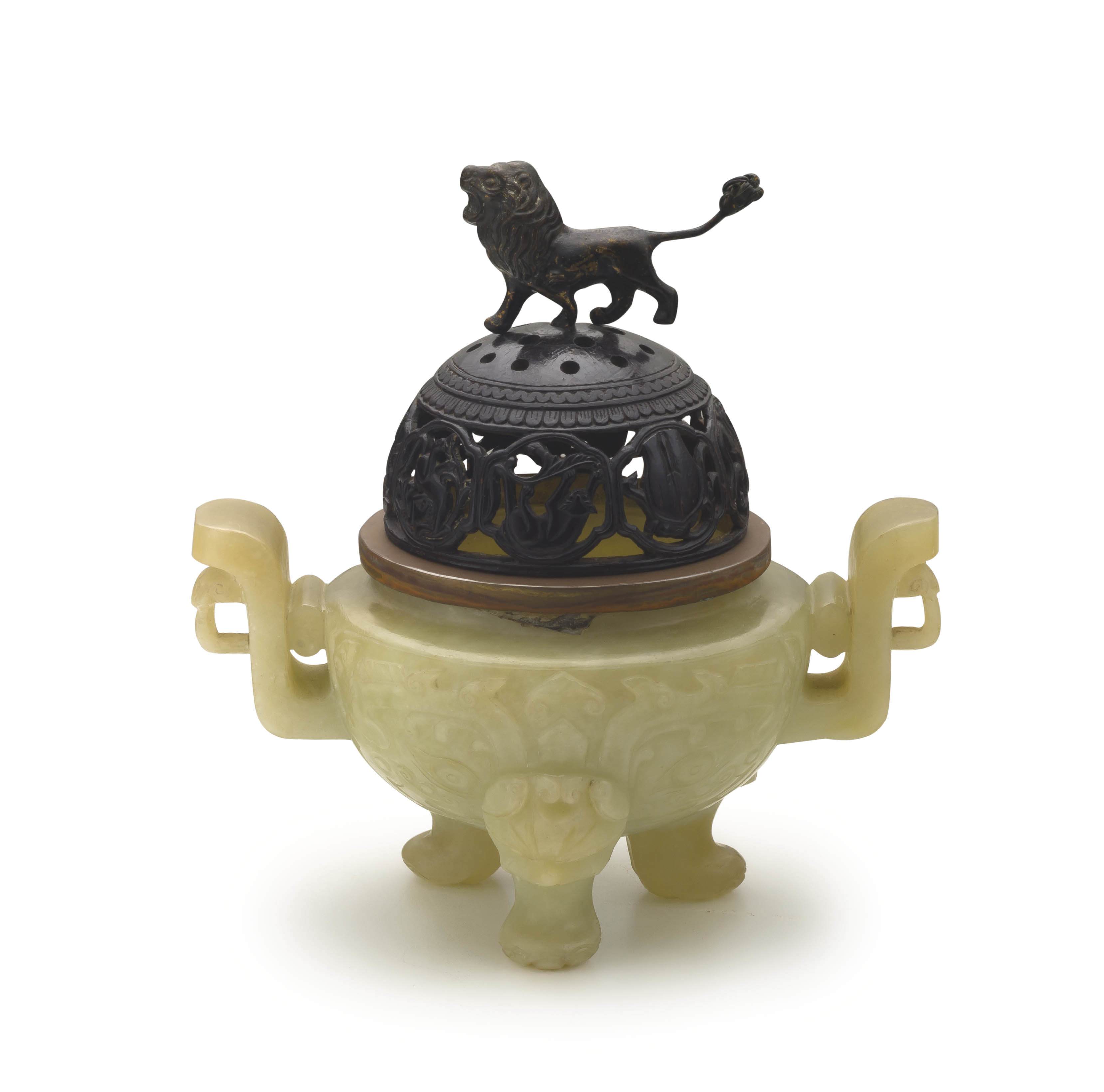