painted with courtiers and the Eight Immortals at various pursuits, signed, framed, each 36,5 by 56cm 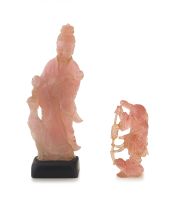 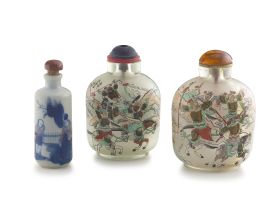