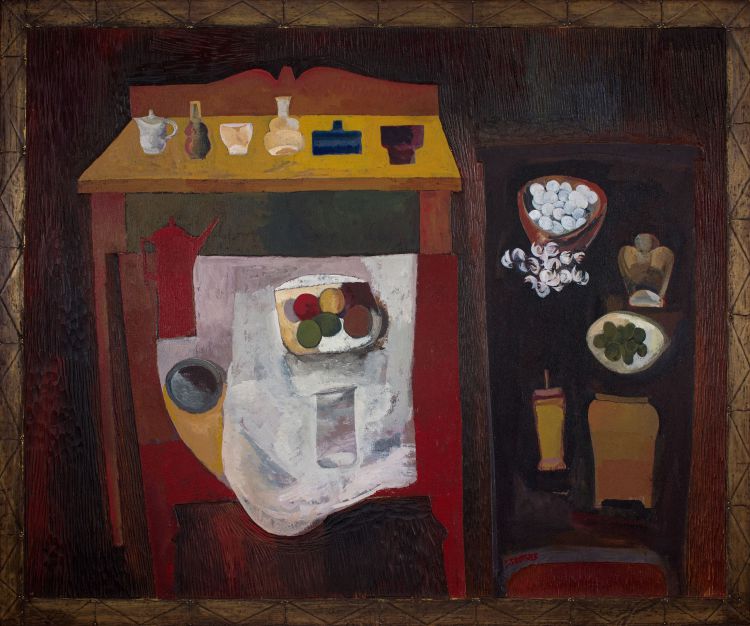 
Cecil Skotnes studied painting at the University of the Witwatersrand where the still-life genre was part of the new art school’s parochial curriculum. His first professional exhibition in 1955, at Whippman’s Gallery in Johannesburg, included still lifes. Although best known for his graphics and abstracted figural studies on incised wood panels, Skotnes did not give up producing still lifes. The Origin of Wine (1977), a three-panel scene for the Cape Wine Growers Association (KWV), includes a still life with fruit, fish, bottles and glasses in the left panel. After relocating to Cape Town in 1979, where he started painting again, Skotnes worked on numerous 'kitchen' paintings. They include Still Life with Fruit, Olives, Wine Bottle and Coffee Pot, a similarly incised and painted wood panel that was sold for R909 440 by Strauss & Co in 2013. These kitchen compositions are typified by their classificatory arrangement of food and objects seen in variable, albeit flattened, perspective. The depthless planes of his compositions are, of course, offset by the rich texture of his panel paintings. The numerous instances of painterly energy, notably around the treatment of the white tablecloth and gorgeous detailing of the broken eggs, contribute to the visceral energy of this work, which speaks to enduring ideas of sustenance and communing. 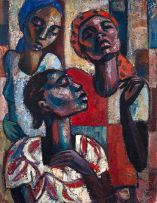 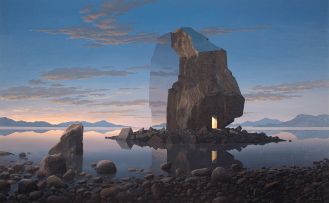 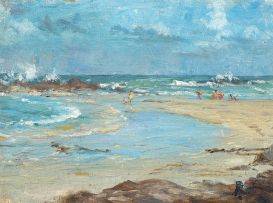 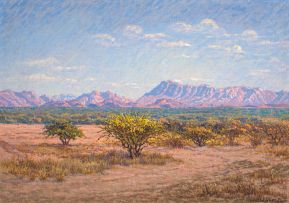 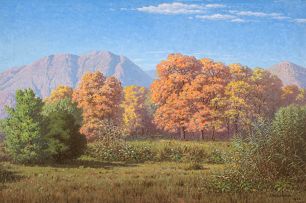