John Dewar
South African 1929-1998
Early Autumn, Cape
signed; inscribed with the title on the reverse
oil on board
75 by 88cm excluding frame; 90 by 103 by 2cm including frame

Dewar was an art critic for The Star newspaper, as well as, an artist who painted actively in the 1980s and 1990s. Largely unknown, Dewar exhibited as part of the Gallery 101 group in August 1968. He is said to have influenced the likes of George Boys (including the techniques Boys used in his work). 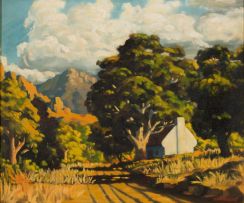 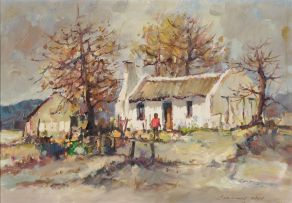 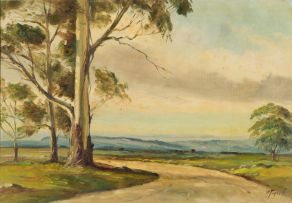 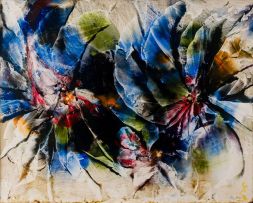 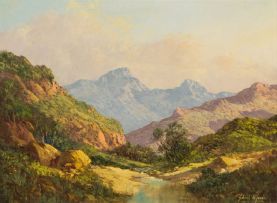 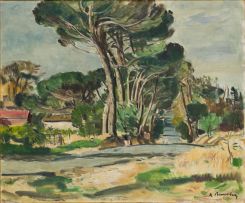