Redouane Ouarzaz represents the next generation of a group of Moroccan painters known as Les artistes singuliers d’Essaouira (The singular artists of Essaouira), considered today as its own school of contemporary Moroccan painting.1

Coined by the French art historian Jean Hubert Martin who exclaimed “Je n’ai jamais rien vu de semblable, ce sont des singuliers de l’art”
(I have never seen anything like it, they are singular of art), the group was further prompted by the Danish national, Frédéric Damgaard who arrived in Essaouira during the height of the hippie tourism boom in 1969. Beginning as a loose grouping of outsider artists working in a vernacular particular to the Gnaoua people of Morocco, Damgaard foundered a gallery in Essaouira two decades later in 1988, providing a formal collective platform for these artists to exhibit their work.2

Associated with art brut and Souiri International, the work is characterised by a form of “supernatural surrealism” that reflects the unique combination of Sufi mysticism and pre-Islamic African traditions practiced by the Gnaoua.3 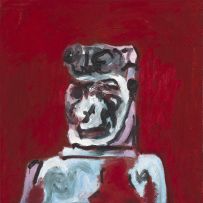 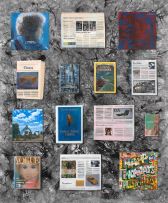 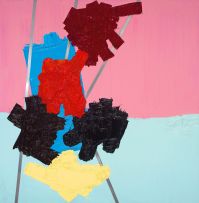 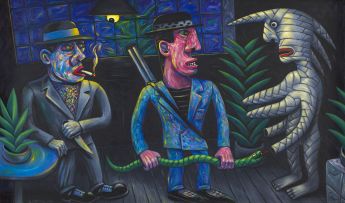 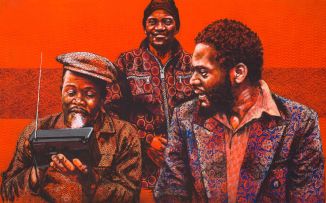