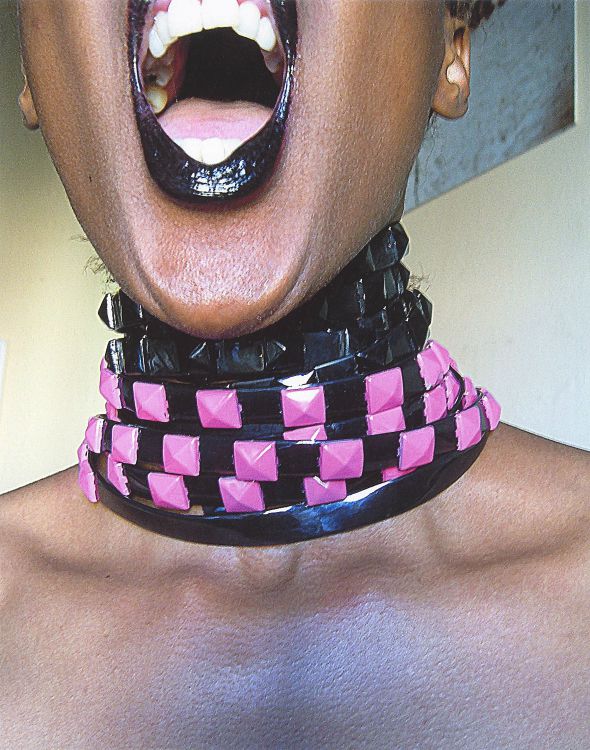 Accompanied by a Goodman Gallery Certificate of Authenticity signed by the artist and dated 30.9.2009.
digital print in pigment inks on cotton rag paper
42 by 31cm excluding frame

Emerging in the early 2000s, Veleko formed part of a new wave of documentary photographers shunning news in favour of personal projects. Her earliest photos were straight documentary images of pantsula, a highly stylised form of urban dance complemented by elaborate dress. Veleko shortly expanded her interest in fashion and urban identity to focus on Johannesburg’s inner city. “I look at fashion in how it constructs identity and culture and how eventually fashion images are believed to be culture or truth,” she wrote in 2004.1

Her street portraits of young metropolitans, made in the style of recent English and Japanese fashion photography, generated huge global interest and she was awarded the Standard Bank Artist Award in 2008. This lot forms part of series of self-portraits made in 2005-06, concurrent with her acclaimed urban portraits, and is arguably the best-known example. Aside from declaring her jubilant investment in the scene she documented, Veleko’s self-portraits artfully expanded on an earlier autobiographical series that explored her mixed-race ancestry.