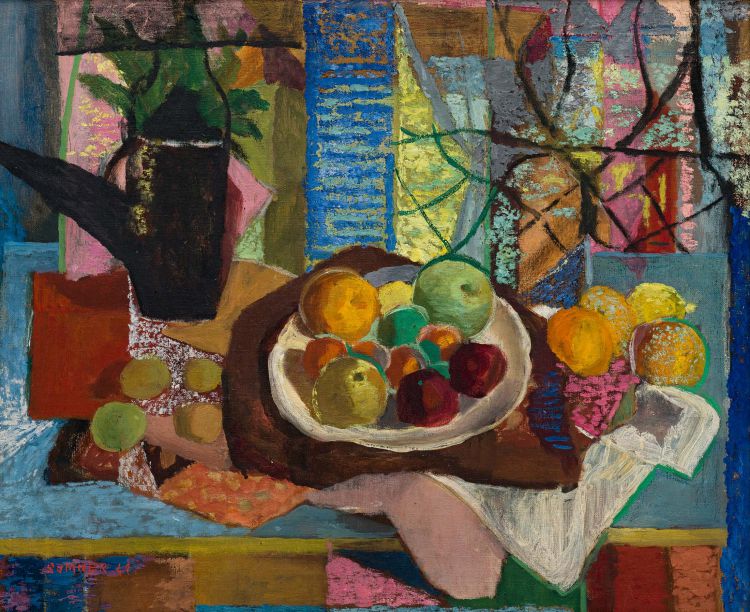 Maud Sumner
South African 1902-1985
Still Life with Fruit on Blue Table
signed and dated 49; inscribed with the artist's name and title on an Everard Read gallery label adhered to the reverse
oil on canvas
49 by 59,5cm excluding frame

This painting, Still Life with Fruit on Blue Table, by one of South Africa’s most important artists of the twentieth century, Maud Sumner, is particularly commanding in subject matter, composition and in the use of colour. Painted in 1949, after almost two decades of devoted study and artmaking in Oxford, London, Paris and Johannesburg, Sumner incorporates into this still life vignettes of the most important influences of her career, more particularly French modernism and the work of artists such as Cézanne, Bonnard, Braque, Vuillard and Matisse. This still life bears testimony to the consolidation of these influences that shaped her work and robustly demonstrates a confidence in her own direction as an artist.

This still life by Sumner is one of the most important to come on the market in recent years and was painted a year before the outstanding Nature Mort (1950) which sold for a record R2 200 000 on Strauss & Co’s November 2010 auction. Similar to the 1950 still life, Sumner boldly paints the fruit at the peak of their voluptuous ripeness in a bowl focally placed on a mound of colorfully layered cloths lying on the flat blue table surface. This is in sharp contrast to the soot-black coffee pot with an unusually large spout on the one side of the canvas and the black tree branches dominating the other side, the latter depicting a style of landscape with trees Sumner was to return to over the years. 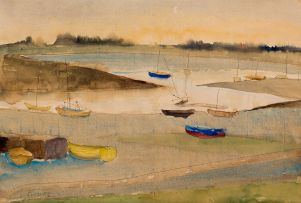 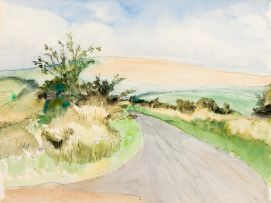 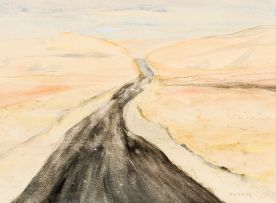 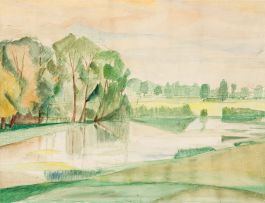 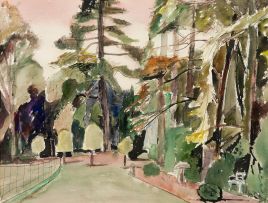 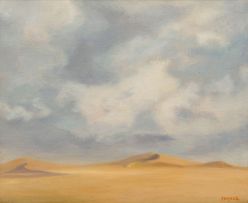