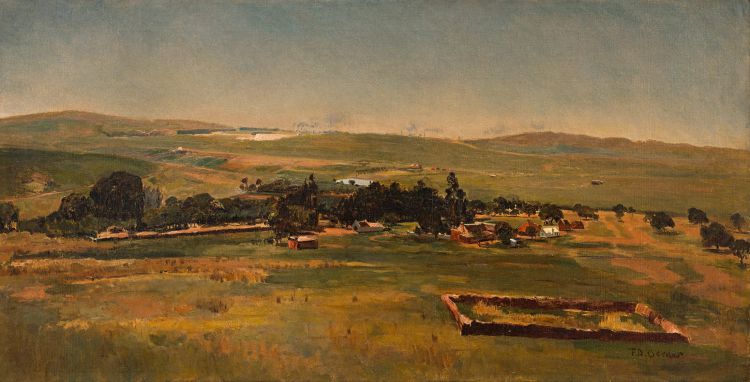 
In his still-lifes and portraits Frans Oerder rarely deviated from the naturalistic style befitting his late nineteenth-century Dutch training. Greater freedom in his brushwork, however, and even a sense of adventurous experimentation, is more evident in some of the artist’s formative Highveld landscapes. More likely than not, this technical variation was due to his attempts at coming to terms with the particular Transvaal colour, expanse and light. The present example, a sweeping view down to the farm purchased from the voortrekker Barend Viljoen by his son-in-law Frederick Bezuidenhout, is a dazzling case in point. Shifting tints of green, rose and yellow portray for the rustling grasses in the wind, while the farmhouse, outbuildings and stone kraal, all standing in dappled, summer light, are built up with flecks and smudges of red, earthy tones. Hinting at the future, thin layers of dirty-white and dashes of blue hang over the horizon, evidence of the area’s earliest mining and industrial activities.

With the older suburbs east of downtown Johannesburg in mind, Farm Bezuidenhout, today the area better-known as Bez Valley, running as it does between Observatory on the north and the Kensington ridge on the south, offers a glimpse of the city’s bucolic beginnings. Like the best of Oerder’s early Transvaal views, it is of enormous topographical and historical importance; that it also happens to be strikingly beautiful is testament not only to the artist’s eye for arrangement and colour, but his own fondness for the landscape.


Acquired directly from the artist by Frederick Jacobus Bezuidenhout, and thence by descent. 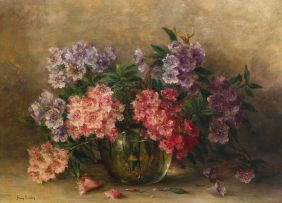 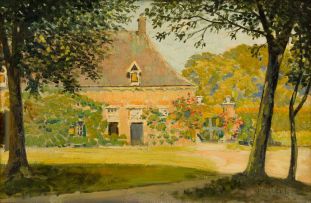 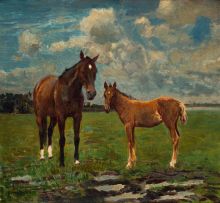 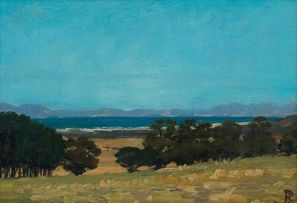 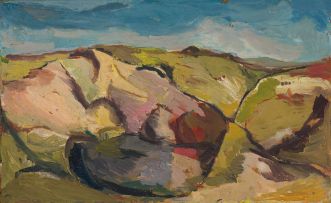 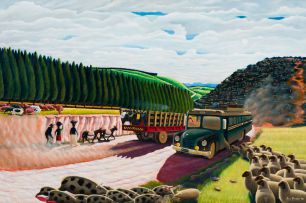