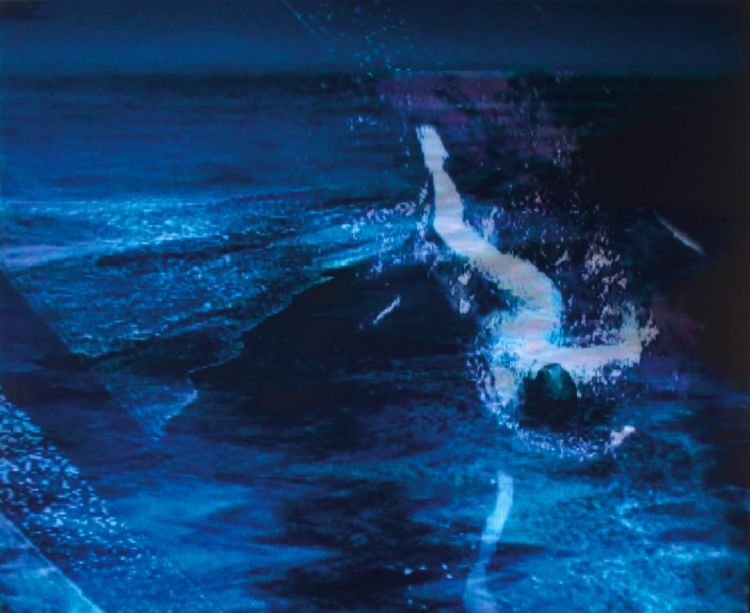 Vári visualises the connective "tissue" she sees between scrambled signals from non-decoded pay TV stations with their arbitrary soundtracks and the phenomenon of aurora australis, the southern lights.

She says: "At times I can sit and watch these scrambled signals for hours, marvelling at the strange combinations of recognisable image and sheer visual 'noise', all the while noticing that the soundtrack is not at all part of the programme being broadcast, since they rotate the same lame 1980s songs over and over again. Intermittent break-ups in the audio signal bring storms of electronic hiss and crackle, or long stretches of silence followed by the voice of an unaccountably excited host announcing upcoming attractions that will remain just 'noise' to me and millions of other South Africans, until I can afford my decoder, that is.

Despite this, there are moments where I think I recognise the flash of mangled footage as coming from a movie that I've seen before, or footage of some other event that I know of, and this keeps me riveted to the screen for more clues. Invariably I come away seeing flashes of light when I close my blood-shot eyes [...] Great flowing ribbons of coloured light brighten the skies over the polar region too far south to be seen from the southernmost part of my country.

And yet, because of its location I feel strangely territorial about this grand display. Just like the coloured bands in the scrambled transmission on my TV set, these seem to carry some hidden message, and hold some remote enchantment, even a chance at intellectual and spiritual illumination to those who watch. Like the goddess of dawn, Aurora (or Greek Eos), it heralds of something out there, something greater, a cryptogram of things to come."1

Vári casts herself as an unknown actor or body double in these scrambled screen grabs, replicating actions or completing them: "I would like to be able to read the signs of the world in the same way that the ancient peoples made sense of nature's everyday and more uncommon displays."2 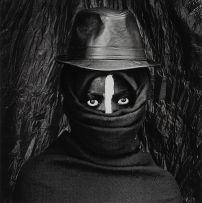