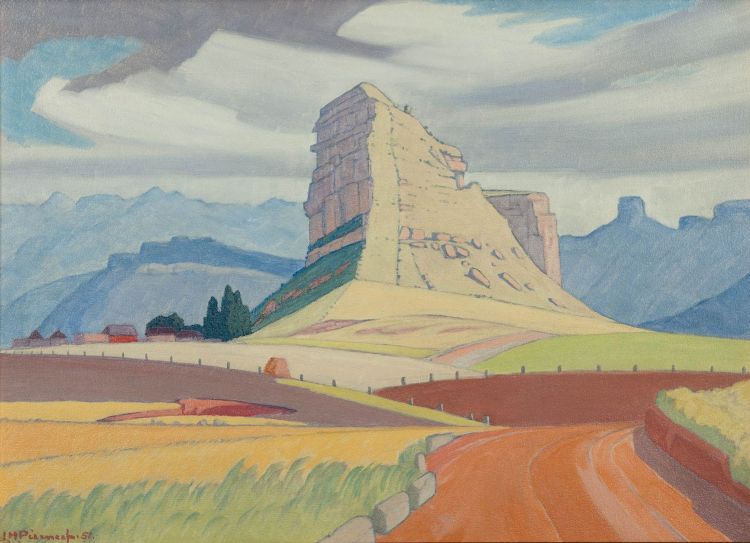 Around 1915 Pierneef became actively interested in rock art. He travelled frequently to the Free State where the repositories of rock art were plentiful. Taking from his studies he adapted the flat stylised planes of adjacent colour with little or no shading and applied this to his landscapes. This paired down simplicity took tangible form in the stylistic shift in his work after this time.

“In certain types of light, the South African landscape also takes on a flat, two-dimensional quality, and Pierneef, was particularly aware of this.”1

In this painting, the identifiable Sentinel Rock of the Golden Gate Highlands National Park dominates the composition. Executed during the rainy season, the grasses flanking the slopes of the rocky outcrop are described in a lively lime offsetting the cool blues and lavenders of the shaded slopes and background mountains. Similarly the large flattened planes of the road are laid down in various hues of clay red which compliment the greens of the surrounding grasses. It is this deceptively simple straightforwardness of Pierneef’s work that makes the viewer truly appreciate the subtle complexities and true mastery of his style. 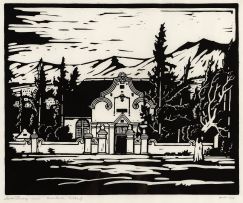 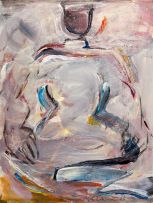 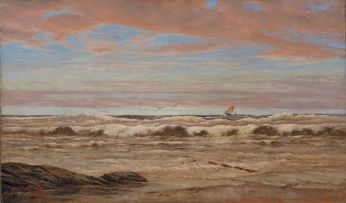 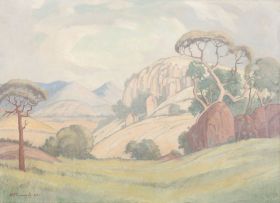