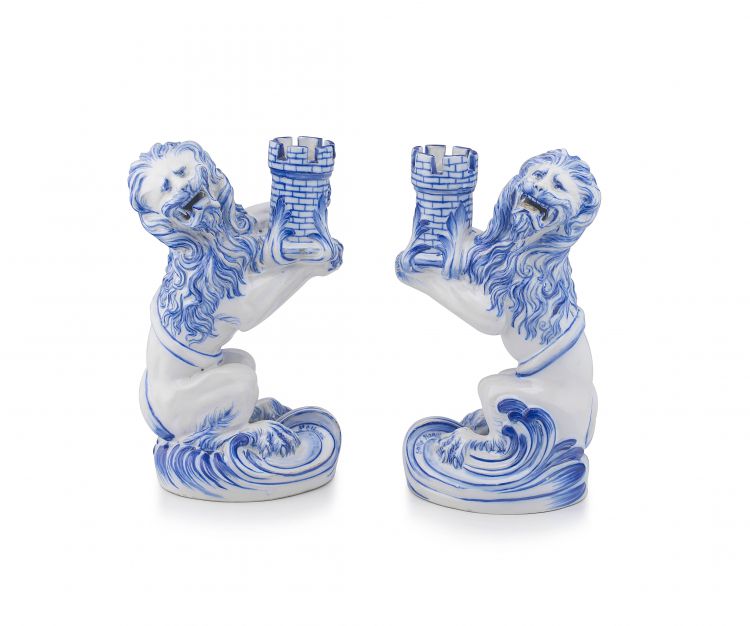 
each modelled as a seated roaring lion with its tail wrapped around its body, presenting a turret with its front paws enclosed by foliage, on an oval pierced and swirled base, chips, signed Gallé Nancy and St Clement, in underglaze-blue, 24cm high 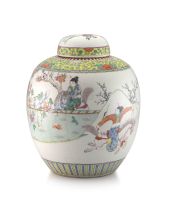 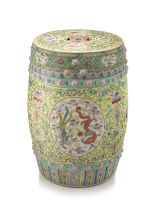 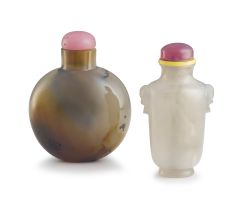 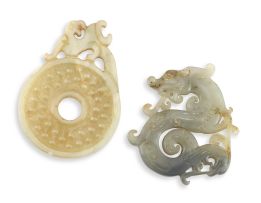