Stanley Pinker
South African 1924-2012
The Bathers
signed; inscribed with the artist's name on the stretcher
oil on canvas
45 by 56cm excluding frame; 69 by 80 by 5,5cm including frame

Stanley Pinker left South Africa in 1950, settling again in Cape Town over a decade later in 1964. The present lot was executed in what can be regarded as Pinker’s ‘classical period’. Whilst living between London and Nice, working for various publishers as an illustrator, Pinker would travel and paint, visiting the Musée de Louvre in Paris. Recounting the inspiration he would find in the French Impressionists Pinker writes ‘At that time I was preoccupied with Cézanne’s use of colour’. 1

Yet in this reinterpretation of the Bathers, a subject to which Cézanne would make countless returns, Pinker reveals a modern eclecticism evident in his approach to the construction of his pictorial plane. ‘I’ve always thought of space as something tangible and have always been drawn to artists who have used a mural-like space rather than artistic who create an illusion of space through perspective and provide a sense of looking through a window…It is rather a Cubist sense of space that engages me; most of it is tactile… the handling of space is one of my primary concerns’.2

Esmé Berman identifies a certain ‘French quality of sensuous elegance’ that characterised these early works as Pinker ‘began to work towards a more subtle interpretation of mood’.3 Describing the process underlying this faceted exploration of figure and form within a triangularly composed landscape, Pinker explains; ‘Essentially the background does the footwork in my paintings; it is usually down with a base colour, or colours, and sets the mood. Whether a painting contains minimal information or has very complicated imagery, in each case it is with the background that it all begins. It is my first concern, long before I start the detail. The components of the imagery then assert themselves on the flat space in terms of their shape, line and colour’.4 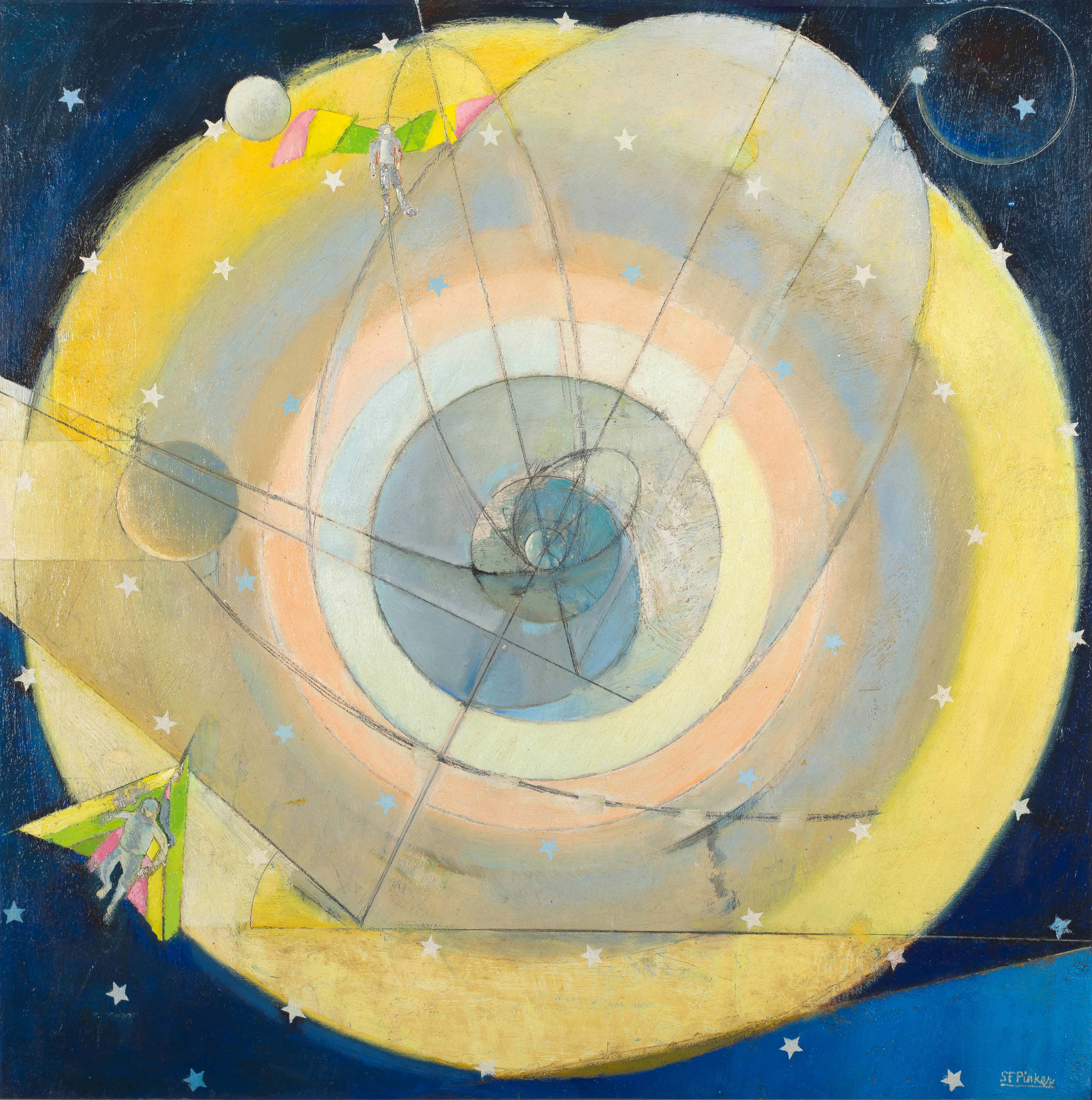 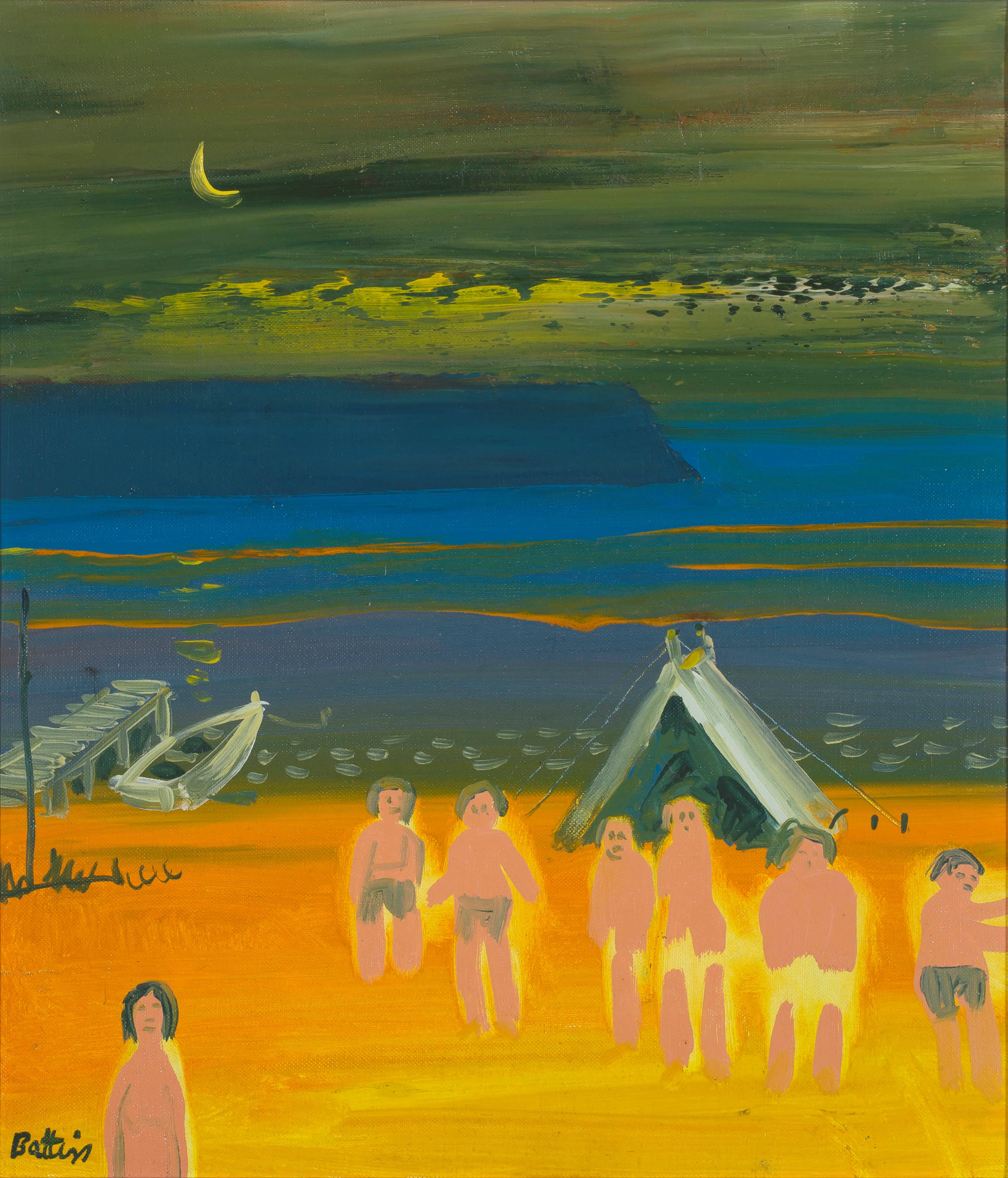 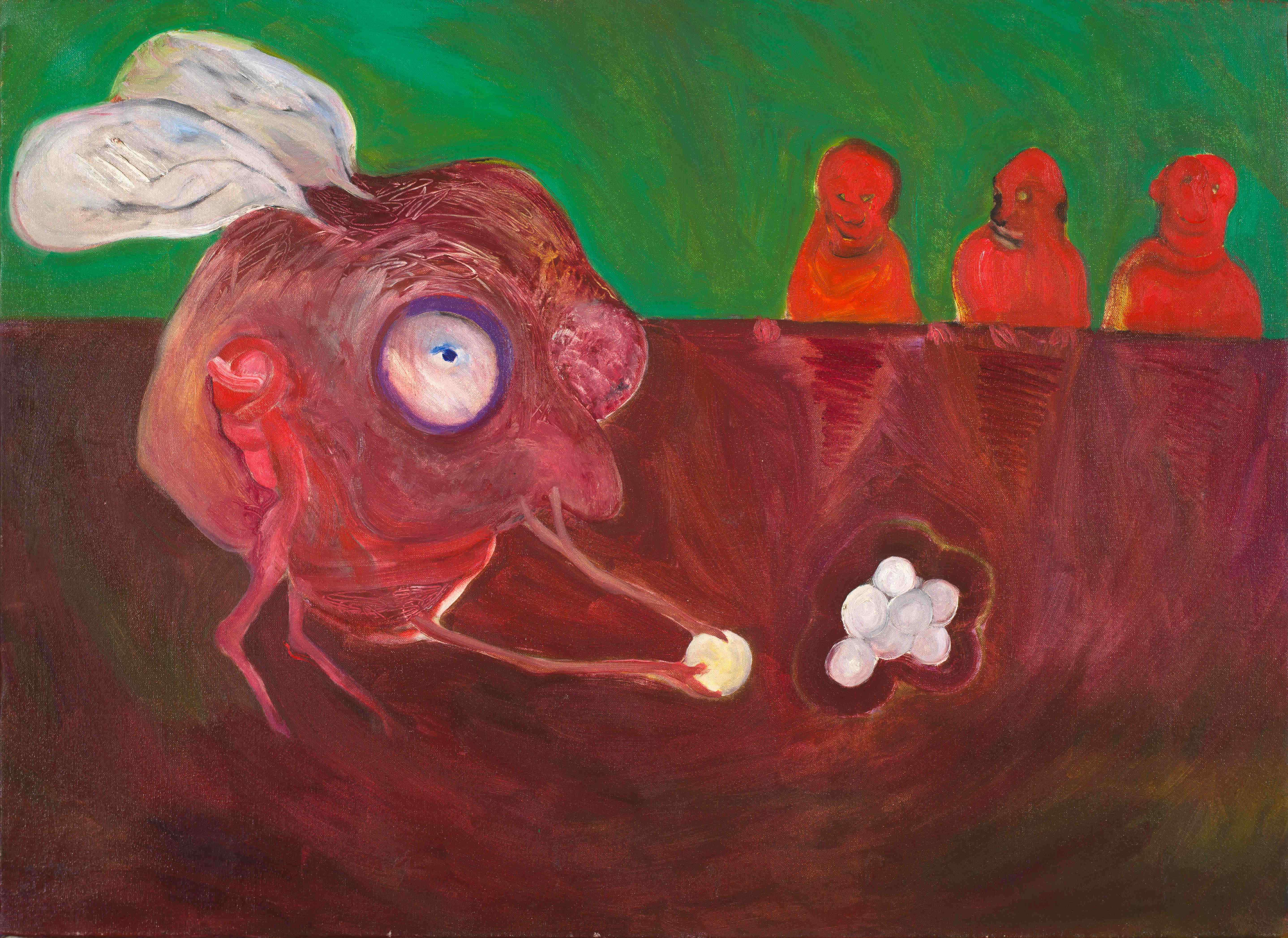 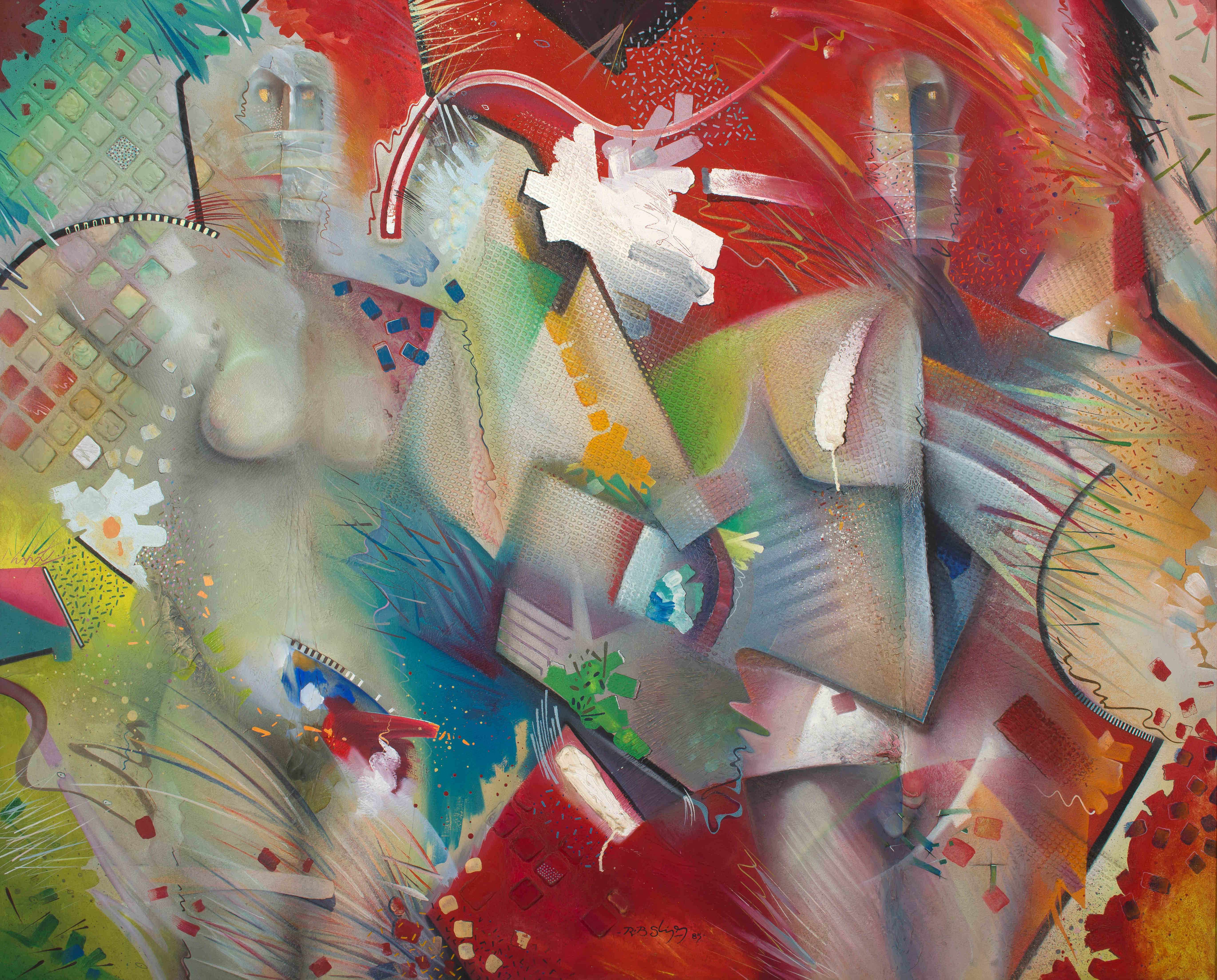 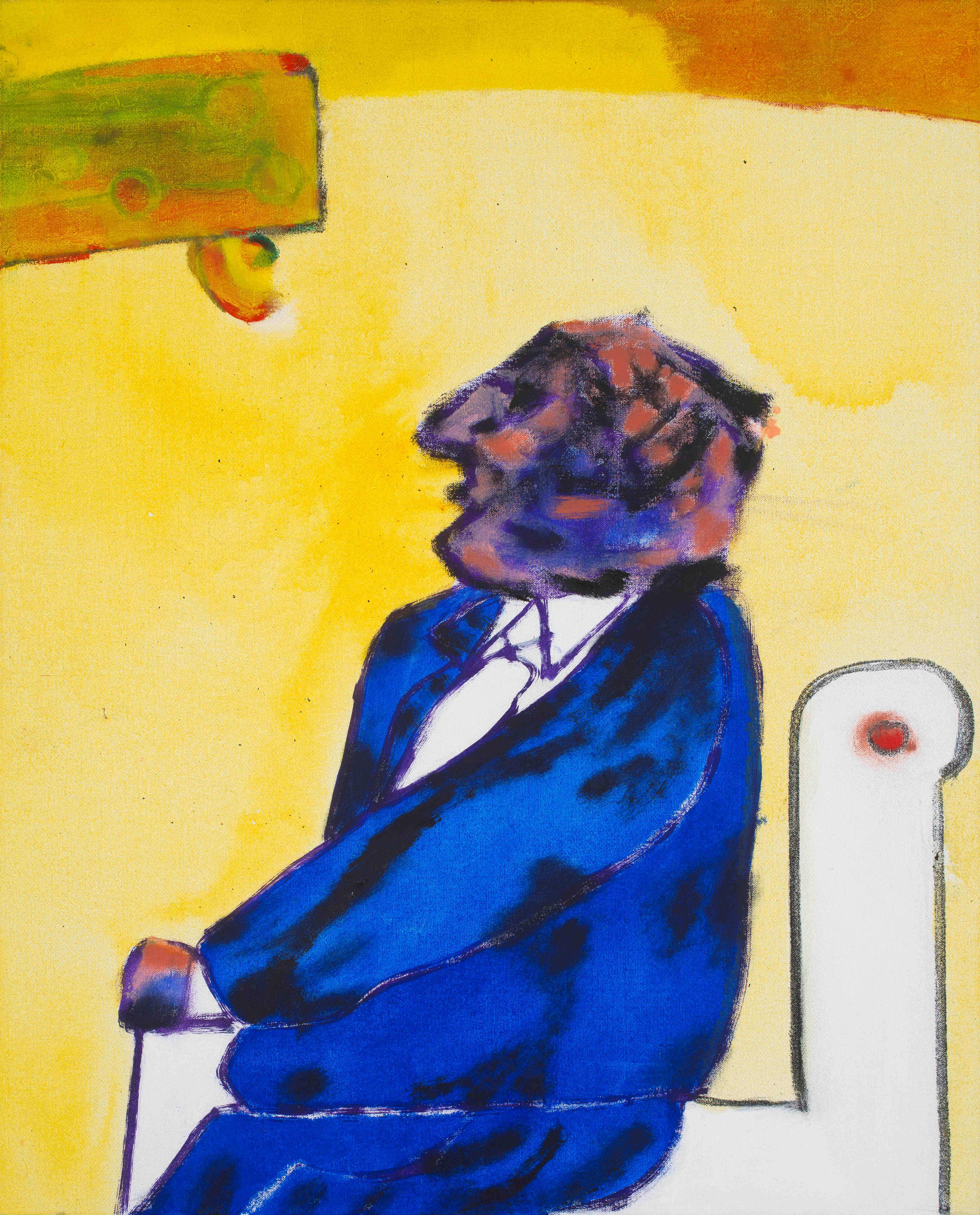 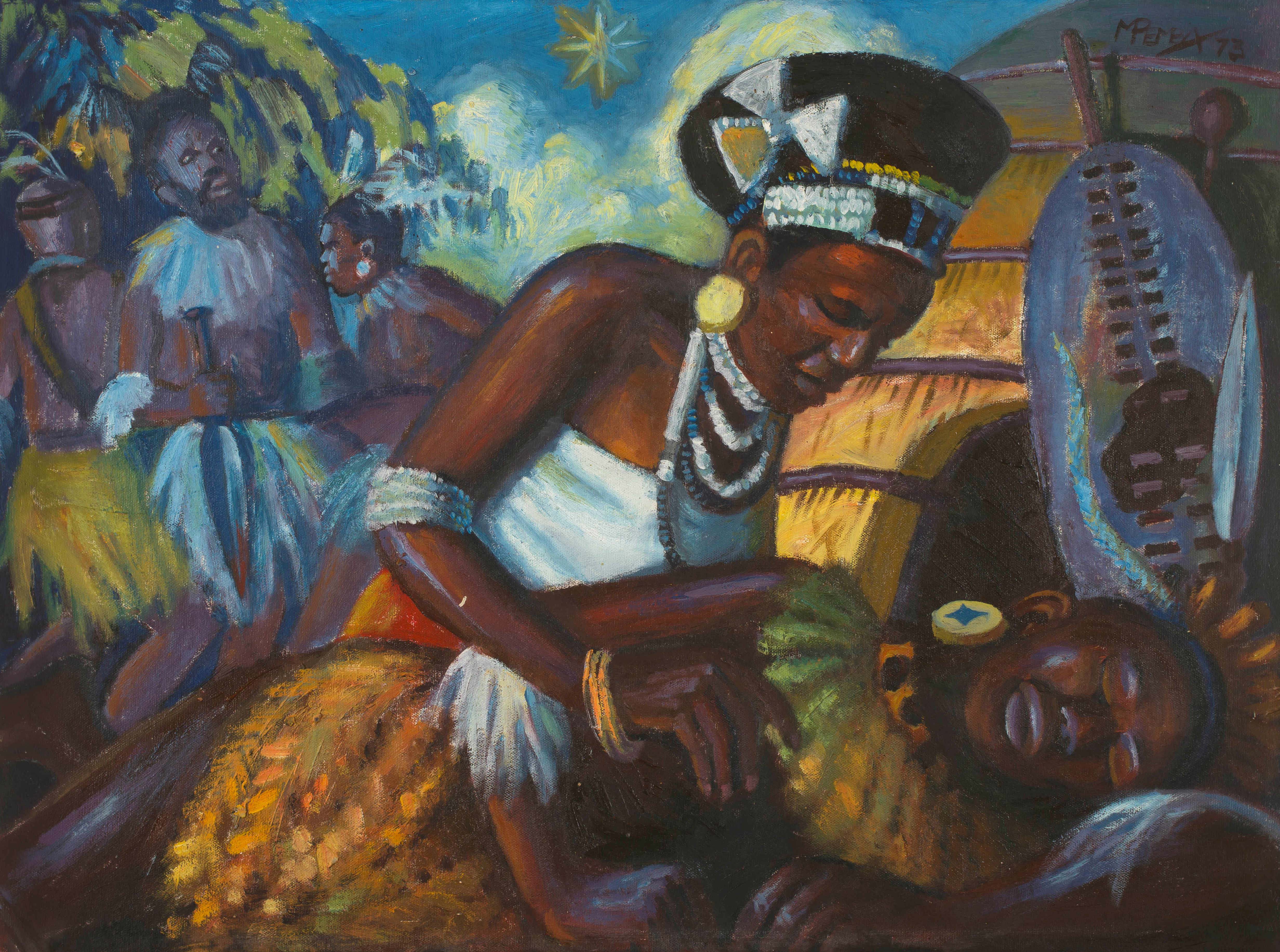