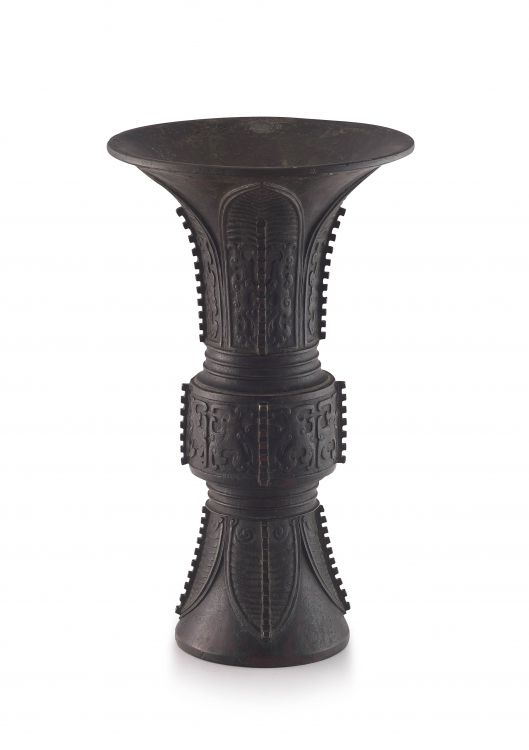 
with flared lip, the waisted body with a band of stylized taotie masks, divided by four crenelated flanges, the neck and base with bands of cicada style lappets divided by further flanges, the base with traces of an indistinct seal mark, 21,5cm high 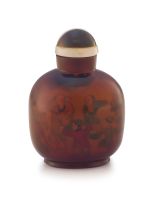 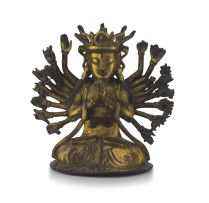 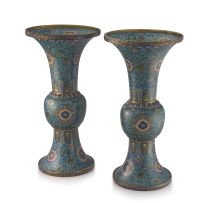 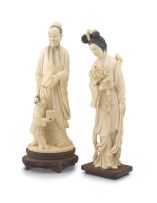